What does a leprechaun's pot of gold and a unfair dismissal have in common? 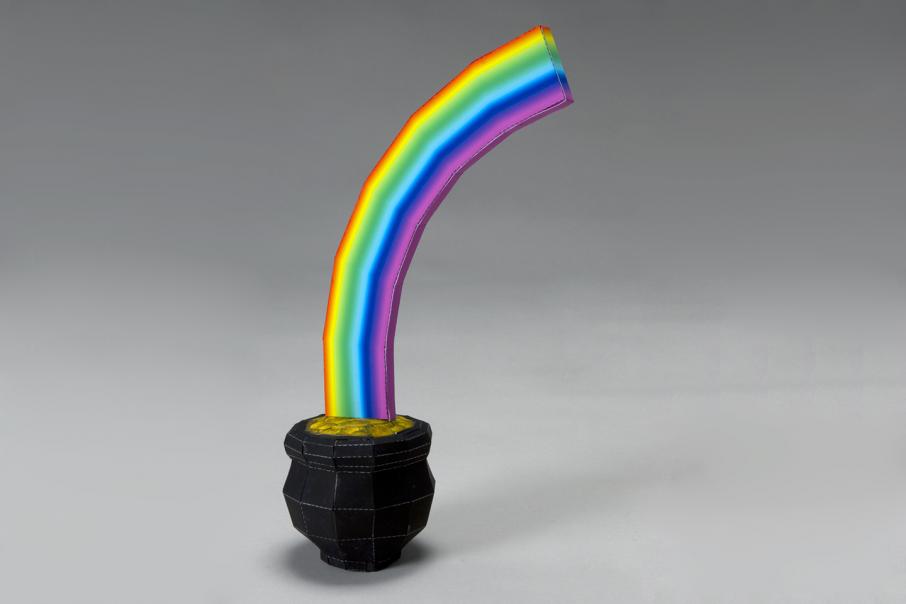 Does a Leprechaun’s pot of gold await?

When people are fired in this post-mining boom economy they now invariably want their job back, or at least a large compensation payout – something akin to a Leprechaun’s pot of gold.

As we all know the Irish Leprechaun’s secret hiding place for his pot of gold is at the end of the rainbow. This place is impossible for most of us to reach. Interestingly, two people who simultaneously observe a rainbow at different locations will disagree about where a rainbow is – similarly when someone’s employment is terminated two parties rarely agree on what is a fair level of compensation.

On average about 80% of employees claims are settled at conciliation. Of those matters that settle, on average about 60% involve payments of a cash amount of less than $8,000.

So the million-dollar question is if I can’t get my job back “how much compensation can I expect if I have been unfairly dismissed?” The answer is - a lot less than Applicant’s think is fair compensation!

Many Applicants believe a “pot of gold” awaits them at the end of their unfair dismissal process. The size of the “pot” is currently limited by legislation and the FWC must use the lesser of either half of the Applicant’s annual salary (prior to termination) or half the high income threshold cap (which currently equates to $69,450). By way of illustration, if an Applicant is on a salary of $100,000 p.a then the maximum compensation they could be awarded for an unfair dismissal is $50,000 as it is the lesser of two amounts (despite the cap of $69,450).

Section 392 of the Fair Work Act details the criteria that the FWC must take into account when determining the amount of compensation that can be ordered. Amongst other things this includes:

Many Applicants are unaware that there is no ability for the FWC to award any compensation for shock, distress, hurt or humiliation – all very natural feelings when you have been through a life changing event – but they are not compensable.

The practical impact of section 392 of the Fair Work Act is that the amount of compensation that maybe awarded to an employee will be impacted by a number of factors that the FWC must take into account.

In 2015-16 financial year half of all decisions that awarded compensation to an employee were for an amount of compensation of less than $10,000 with only a mere handful going anywhere near the maximum compensation limit.

We recently reported on the case of Jennifer Walker v Salvation Army (NSM) Property Trust t/as The Salvation Army- Salvos Stores http://www.hodgesmith.com.au/2017/02/02/dont-be-too-quick-to-dismiss/ - _ftnref1 . In this unfair dismissal case the employee was awarded the maximum compensation of 6 months of their annual salary which equated to about $22,400. This is pretty rare but it did address the criteria in section 392 and compensated the employee for 11 years continuous service with no previous disciplinary record and a procedurally flawed investigation and disciplinary process.

On the other hand, the case of Mr A v The Respondent [2016] FWC 8631 is a case where the employee had worked for the employer for 1 year and left work under circumstances in which the employer thought he had resigned. Whilst the FWC found that the employee had not resigned and therefore the employer had terminated his employment unfairly, they also considered the appropriateness of the compensation payable to the employee. Senior Deputy President O’Callaghan stated at [65]:

And at [66] SDP O’Callaghan went on to conclude that:

“If Mr A had not been dismissed, his absence from 14 July 2016 means that it is likely that he would have only been paid his personal leave entitlements or 2 weeks pay”.

SDP O’Callaghan ultimately awarded Mr A, the applicant with 2 weeks’ wages as compensation.

What these two decisions demonstrate is that where an Applicant has been employed for a short time or was employed as a casual or have ongoing performance issues they can expect a lot less compensation than an employee that has 10+ years of continuous employment with no disciplinary warnings against them and an expectation of years of future employment.

In summary, what can be taken from a review of the FWC statistics is that Applicant’s seeking large amounts of compensation need to be cautious in their expectations – as the statistics show there is no such thing as a Leprechaun’s pot of gold!

The content of this publication is for reference purposes only. It is current at the date of publication. This content does not constitute legal advice and should not be relied upon as such. Legal advice about your specific circumstances should always be obtained before taking any action based on this publication.