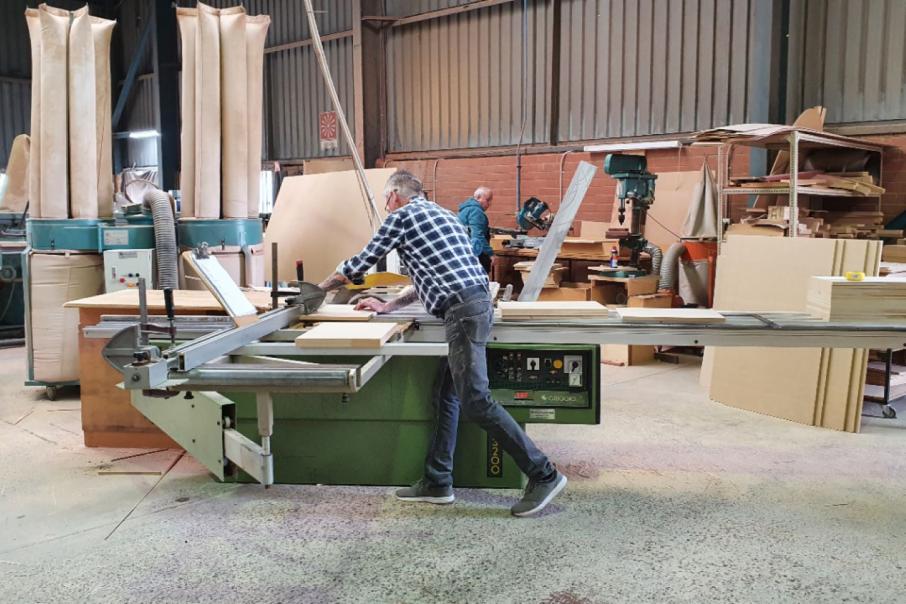 The definition below, taken from the Australian-made campaign who represent the Australian Governing Body, it doesn’t sit well with me, it needs to be discussed further:

In order to qualify as Australian made, a product must have undergone its last substantial transformation in Australia. According to the Australian Consumer Law: Goods are substantially transformed in a country if: as a result of one or more processes undertaken in that country, the goods are fundamentally different in identity, nature or essential character from all of their ingredients or components that were imported into that country”

Let’s look at the task chair, found on the AMC compliance note for office chairs, as an example: it is sold as an ‘Australian-made’ product, but after almost 30 years of experience in importing, sourcing and manufacturing, I can tell you that the only component likely to be Australian made, are the seat and back foams.

Consequently, this means the castors, base, column, mechanism, arms, plastics (there are some plastics made in Australia but very minimal) and most probably the seat base too, are all imported items.

The Australian-made campaign is satisfied that this is enough to warrant calling it ‘Australian-made’, but is this really enough?

Is Australian-made foam and having the chair assembled here really a ‘substantial transformation’?

During a recent discussion with the Australian-made campaign on what is required to qualify goods as Australian-made, a snippet of what they told me explains; “the analogy of a cake is often used where you may import the ingredients but mix and bake the cake within Australia, that cake is then considered Australian-made”, they also mentioned “the company doesn’t have to be Australian-owned”… but we’ll leave that topic for another day!

So, getting back to the task chair in question, if the castors are an ingredient of the cake, the base is an ingredient of the cake, the arms, the mechanism and so forth, the majority of the components are imported but then ‘baked’ or assembled here like a cake and covered in a tasty fondant or foam, then put on a shelf to be sold as ‘Australian-made’.

I would like to argue, that this is not Australian-made, its merely Australian assembled.

More so, when you bake a cake, the “baking” is further processing the ingredients therefore substantially transforming the product, which is irreversible. This task chair has not been “baked”, all components can be pulled apart and interchanged, with of course new imported components.

What is unfortunate is the very body that is meant to educate the consumer about a products country of origin, is muddying the water.

In my opinion, ‘Australian-made’ should ideally refer to products manufactured here using at least 80 per cent raw Australian materials and components which are made in Australia, or in the very least, revert to old content rules for international free trade agreements which required a minimum 50 per cent.

The imported content, whichever percentage, should only be imported if no one manufactures it here in Australia.

This will make the term authentic and the campaign trustworthy.

It would support Australian businesses who work hard to fit in with Australian regulations as well as providing jobs to our citizens.

I understand furniture is imported and sold here every day, but it should be called just that and made clear to the customer that it is imported with minimal Australian influence.

Customers should not be deceived when buying an Australian-made product, thinking it’s made in Australia, when it’s not, when the majority of the labour and components contributing to the final product are provided through the international market.

The consumer wonders why one is so much cheaper than the other and the authenticity has been lost.

Has the ‘Australian-made’ definition from the Australian-made campaign been seriously considered and debated, or is it just an oversight that we have settled for?

Perhaps we should reopen the discussion to Australian businesses and consumers who are directly affected by this misleading terminology and get the definition reviewed.

Maybe more than one definition ought to be provided to the consumer;

Perhaps a percentage of Australian-made materials used within the product should be stated like we see on food labels, to give the customer a true representation for each product.

If it can be done for food, why not for all Australian-made products?

We want to help educate the customer, make it clear which products are made in Australia using Australian components and which are simply assembled here using majority imported components.

This will support and benefit the consumer, the manufacturer, and the Australian economy immensely.

We want to wear the term, ‘Australian-made’ with pride, and feel it is in support of our local industries.

The Australian-made campaign should be benefitting those that produce ‘Australian-made’ items, and those wanting to buy them, unfortunately at the moment it’s not.

At WAFMA we inspect each manufacturing facility prior to the company becoming a member, to ensure their products are made in WA using local and Australian made components.

So, next time you see an Australian-made logo, or anything that claims to be Australian-made, ask questions and double check to see where it is actually made and where the components come from.