The development of a coal-to-liquid fuel sector could help insulate Australia from global upheaval. 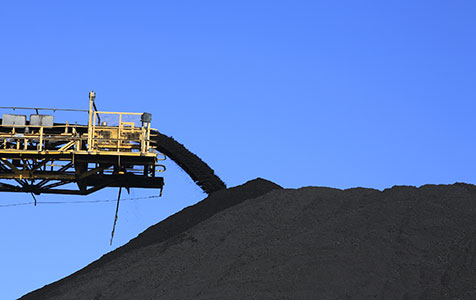 OPPORTUNITY: Australia’s 1,000-year plus of coal reserves could form the basis of a coal-to-liquid fuel sector.

I'm sure many outside the Islamic world share my inability to fully comprehend the 1,400-year Sunni-Shi'ite split and the dogmas each side so passionately embraces.Be that as it may, the reality is the seventh century Sunni-Shi'ite split remains as divisive as ever, and is currently at the centre of internecine bloodletting across much of the Middle East, particularly Syria and Iraq at this stage.

Last month, the Islamic State of Iraq and Syria (Isis) – the Sunni force that has been fighting Syria's Russian and Iranian-backed President Bashar al-Assad – was mounting a concerted and brutal campaign to occupy all of Shi'ite-controlled Iraq.

Governments, intelligence agencies, and military leaders in Washington, Moscow, London, Tokyo and Canberra, and media outlets worldwide, were, if the truth be told, completely surprised.

This can be explained, in part, by the fact that Western societies place a high premium on the application of reason, which means we struggle to grasp and correctly interpret what we consider to be irrational behaviour.

It should be noted that the 'Syria' in Isis' thinking doesn't merely mean Assad's Syria, but 'Greater Syria', lands encompassing Lebanon, Jordan, Palestine (including Israel), Cyprus, and southern Turkey.

The primary reason for Western confusion is that too few – especially at high governmental level, academe and the media – are clear-minded about the force and fury of the Sunni-Shi'ite split.

"Iraq was expected to provide 60 per cent of Opec's output growth for the rest of the decade," a report from Lignet said.

"What will happen if insurgents from Isis seize oilfields or refineries or both?

"Just the damage from fighting could take Iraq oil off the market for years.

"With gasoline prices at an all-time high, will Obama be pressured to approve the Keystone pipeline?

"Will the US finally get serious about energy independence and open federal land to fracking and increased production?

"The repercussions from just one of these scenarios have the potential for far-reaching global, political and financial impacts."

Keystone, for those unfamiliar with the Obama administration myopic energy policies, is a proposed 1,900-kilometre, 91-centimetre diameter crude oil pipeline from Canada's Alberta province to Nebraska.

"This pipeline is a critical infrastructure project for the energy security of the US and for strengthening the American economy," one account of this strategic project says.

"Along with transporting crude oil from Canada, the Keystone pipeline will also support the significant growth of crude oil production in the US by allowing American oil producers more access to the large refining markets found in the American Midwest and along the Gulf Coast."

In light of President Obama's withholding of the all-clear to federal lands and for Keystone, it's difficult not to contend that the White House fails to understand the Sunni-Shi'ite split, among other issues.

The zealots leading Isis resemble another Islamic ideologue, Ayatollah Ruhollah Khomeini, the Shia founder of revolutionary sharia-based Iran who proclaimed: "We do not worship Iran.

"For patriotism is another name for paganism.

"I say let this land go up in smoke, provided Islam emerges triumphant in the rest of the world."

As much as the US has failed in its intelligence assessments of the current situation in the Middle East, is Canberra any wiser?

"As the world's ninth-largest energy producer, Australia has abundant renewable and non-renewable energy resources," he wrote.

"Despite these resources, we are heavily dependent on imports of refined petroleum products and crude oil to meet our liquid fuel demand and our import dependency has increased over recent years.

"Any major interruption to the supply chain would significantly impact our way of life."

Would an expanded Sunni-Shi'ite clash constitute a "major interruption?"

"Australian refineries currently source around 80 per cent of their crude oil needs from overseas," the Blackburn report continues.

"In essence, we have adopted a she'll-be-right approach to fuel security, relying on the historical performance of global oil and fuel markets to provide in all cases.

"Unfortunately, as a result of our limited and decreasing refining capacity, our small stockholdings and long supply chains, our society is at significant risk if any of the assumptions contained in the vulnerability assessments made to date prove false.

"We would not be the first country to get our assumptions wrong."

Australia's 1,000-year plus coal reserves should become the basis of a new coal-to-liquid fuel sector that would ensure permanent liquid fuel self-sufficiency.

Why isn't it happening?