Australia is at significant risk of a digital ‘invasion’ by overseas tech companies keen to disrupt the economic status quo. 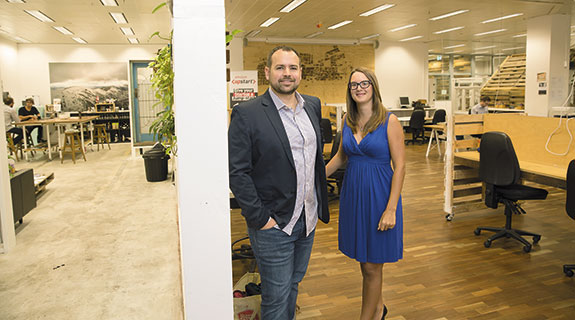 Australia is at significant risk of a digital ‘invasion’ by overseas tech companies keen to disrupt the economic status quo.

Australia needs to invest $13 billion in digital technology over the next decade or be left behind as foreign operators grow their digital footprint, a new report has argued.

Based on a detailed research of the startup tech sectors in Queensland and Western Australia, the ‘Australia needs $13bn to fight off vikings’ report has estimated the 12 top ‘disruptive’ technologies that could affect up to 25 per cent of GDP by 2025.

The report, which was commissioned by the Queensland Department of Science, IT, Innovation and the Arts, and the City of Perth, questions how much of this 25 per cent would be delivered by Australian companies.

One example of a disruptive technology is the US-based driver-share service, Uber, which has already carved out 10 per cent of Australia’s taxi industry inside two years.

While it’s clear Australian digital companies need to be supported to counter business threats from overseas and to take advantage of local opportunities, research by Business News shows that despite some recent initiatives funding woes for WA’s startups continue.

A year ago, Perth had some ad hoc angel financing and little in the way of venture capital activity; the Commercialisation Australia grant scheme had been scrapped and there were no tech accelerators (three-month programs to fast-track the best startups).

Recently, four Perth tech accelerators have either launched or have been announced – RAC Seed Spark, KPMG’s Energise, Amcom Upstart and Resource Innovation through Information Technology Unearthed) – with Upstart offering $40,000 in return for an 8 per cent stake in each selected tech company.

Meanwhile, angel funding continues to creep along at the edges. AngelList, which seeks to list Australian tech startups that are currently looking for funding, shows only 33 out of 683 Australian startups seeking capital had managed to close a round.

Business News knows of only five on its BNiQ Startups list that are fully funded.

In this environment, an increasing number of WA tech businesses have opted for a backdoor listing on the ASX, with BNiQ data showing 15 have gone down this path since in the past year with a further six in the pipeline. The diagram maps out the major players and locations of Perth’s startup scene, further details of which are provided below.

Now on two floors at 45 St Georges Terrace and supported by the City of Perth, Spacecubed has been at the centre of the action for the past three years.

Set up in 2012, this fortnightly, free, early morning meet up has more than 1,000 members and features startups telling their stories, corporates offering advice and international visitors dropping in.

Held twice a year since 2012, this weekend-long event pits startup ideas against each other in a frenzied 50-hour competition. Triplify, Simply Wall St and others have emerged from one of the five weekends held so far.

Intense Silicon Valley startup course run over three months. In 2013 and 2014, eight companies were formed (from 20 that started each year). Andrew Hall and AICD WA head Kirsten Rose are looking to take this on in mid-2015.

Run by Matt Mcfarlane and others, this $40 million fund has been the largest and most active, with investments in iCetana, Discovr and Agworld among others. The fund is fully committed, mixing IT and health/biotech investments.

The official association for internet entrepreneurs, this group has been meeting monthly since the mid-2000s and formalised into a not-for-profit association (eGroup WA Inc) in 2010. Quarterly pitch nights are held at BDO offices in Subiaco (invitation only) where startups pitch in front of high net-worth individuals. WAAA has been active for three years.

The Leederville version of Spacecubed, mainly for techies, hosts a weekly Silicon Beach (meet up) on Friday evenings. OzAPP finalist APE Mobile has its home there.

The much smaller Joondalup version of Spacecubed was set up in 2014, with support from the City of Joondalup.

By far the most active university in this space is Curtin, with its annual Curtin Ignition week intensive course and Curtin Accelerate program. Curtin is also involved in OzAPP Awards and West Tech Festival.

Established in 2014, an idea out of Curtin’s School of Information Studies, Just StartIT involved a dozen schools forming startup teams, having access to mentors and then pitching to a judging panel.

Supported by the Fogarty Foundation, CoderDojo brings coding to schoolchildren free of charge.

OzAPPS/West Tech Festival: Now in its fourth year, this is as near to Silicon Valley as you get in Perth. With a $100,000 first prize, contestants come from all over Australia, Hong Kong and Singapore.

There are a few other awards programs now featuring technology or emerging businesses, such as Incite (formerly Waitta Awards), Business News Rising Stars, Aim’s Pinnacle Awards, and others.

RAC Seedspark: established in late 2014, three startups were selected to share in $50,000.

Unearthed (Riit): announced late in 2014, a resources-focused technology accelerator with ambitions to hold events around Australia.

The question now is whether 2015 can become a watershed year for deals, and if Perth is to capitalise on its natural Asian time zone advantage to become a regional tech hub.

Otherwise, as the Boundlss report suggests, the foreign raiders may have easy pickings.
• Report: “Australia needs $13bn to fight off vikings” https://medium.com/the-boundlss-blog