The widespread use of herbicides such as glyphosate to control weeds in cropping systems has proved to be comparatively cheap and effective over many years, and the only practical solution for WA farmers. 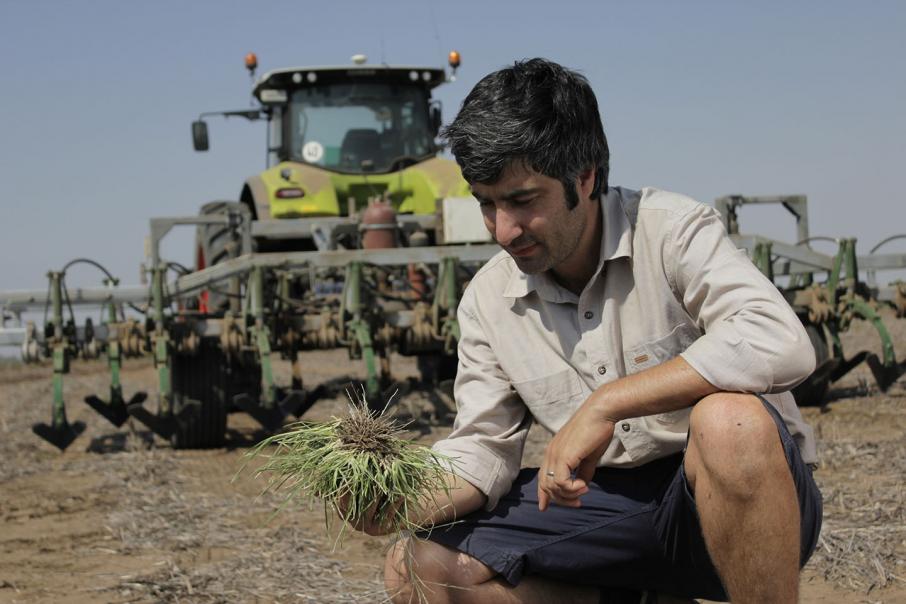 The widespread use of herbicides such as glyphosate to control weeds in cropping systems has proved to be comparatively cheap and effective over many years, and the only practical solution for Western Australian farmers.

However, with repeated use of these chemicals having been shown to result in herbicide resistance, recent agriculture research has focused on developing sustainable practices for weed control on farmland.

That goal drove The University of Western Australia’s Andrew Guzzomi and Michael Walsh to invent Weedchipper, a device that can till specific weeds for the purpose of large-scale weed control.

For their efforts, Professor Guzzomi and Dr Walsh were named the Rio Tinto emerging innovators at this week's Innovator of the Year awards.

Professor Guzzomi attributed the device’s success to the collaboration of experts in science, engineering, industry and farming.

“As we worked on our innovation and progressed it from small prototypes to larger prototypes, we had feedback from leaders in the field that it would be market ready and ready for commercialisation,” he said.

Powered by a complex, hydraulically activated system, the Weedchipper is designed to find and kill weeds as it travels over farmland, with a camera attached underneath to spot and chip out weeds with a mechanical hoe.

“There’s zero chemical use and it exposes [weeds] to the heat so that they’re desiccated just through sunlight,” Professor Guzzomi said.

Further, for an industry Professor Guzzomi estimates spends $3.3 billion on weed control yearly, a device like Weedchipper can constrain the costs of large-scale tillage or herbicide treatment.

So far, trials of the device in NSW and Queensland have shown a close to 100 per cent weed kill efficacy, with an undisclosed commercial partner now joining the team to help commercialise the product.

Professor Guzzomi said Weedchipper had enormous commercial potential, as farmers looked to move away from unsustainable farming practices like herbicide use or large-scale soil tillage.

That’s given him cause to believe the device can provide a practical, forward-looking alternative to dangerous, low-tech solutions such as burn-offs, as well as unrealistic, high-tech solutions like lasers.

“Our device … is compatible with conservation cropping systems, it’s economical, and it reduces a reliance on herbicide,” Professor Guzzomi said.

“The Weedchipper is based on current technology, and that’s why it can go to market.”