The dynamics of Western Australia’s growth profile are set to change in coming years as consumers step up their spending. 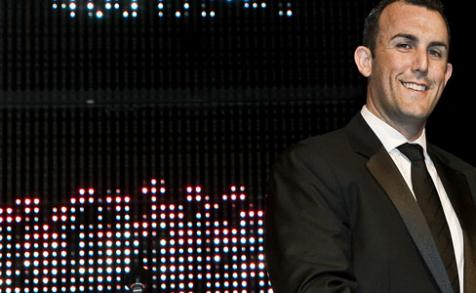 The dynamics of Western Australia’s growth profile are set to change in coming years as consumers step up their spending.

As our latest quarterly Outlook report discusses, CCI has already begun to see signs that WA households are ready, willing and increasingly able to help take some of the burden from the resources sector.

This trend is already occurring through consumer spending and we expect it to also translate to stronger activity in the housing market later this year.

The latest Curtin Business School-CCI Survey of Consumer Confidence found that WA households were more comfortable with their financial position today compared to any time in the past three years.

Unsurprisingly, confidence in the short and long term has rebounded from a record low in December last year.

This has already begun to translate into stronger and broader-based consumer spending, with households increasingly looking to buy items such as new cars, white goods and electronics – while continuing to dine out regularly.

Consumer spending has also been enhanced by record population growth in the state. Currently, about 1,500 people move to WA every week, providing an additional boost to spending on essentials like food. The state’s population growth is running at nearly 9 per cent a year.

This is also helping to ease the State’s acute labour shortages and is the dominant factor behind the slight rise in the unemployment rate.

The strong population growth and better financial conditions are expected to provide a strong stimulus for the housing market later this year.

There are already signs of stronger first-homebuyer activity in the lower end of the market, which in turn will help to stimulate the second-homebuyer and trade-up buyer markets.

From a growth perspective, we are also expecting more activity in the housing construction sector, as buyers look to take advantage of a period of low interest rates and improved affordability.

In recent months, the Reserve Bank of Australia has been speculating about the growth outlook for Australia – giving voice to its concern the country’s growth would suffer once the resources investment boom ran out of steam.

The Reserve Bank’s message is that we can’t rely on the mining sector’s once-in-a-century spending cycle for much longer resonates strongly in WA, where the resources industry’s share of the economy is about four times the national average.

The ‘investment boom’ has powered WA’s economic growth, with business investment contributing 12 per cent of economic activity in 2004-05, rising to just shy of 30 per cent in 2011-12.

Through the boom, the state has recorded an average rate of growth of 4.9 per cent a year – a full two percentage points more than the national economy (2.9 per cent).

The Reserve Bank’s central forecast assumes the investment cycle will peak some time in the 2013-14 financial year and begin to wind down to a more ‘normal’ level.

While business investment’s share of gross state product will remain elevated, the fact that it won’t rise further means it will begin to act as a drag on economic growth.

It is up to other parts of the economy to strengthen and continue to drive growth.

Fortunately for WA, because of improved confidence levels and record population growth, we have seen early signs that this transition is under way.