Another day and another bulk ship from Indonesia arriving off WA with a COVID-19 infected crew, as our state’s agriculture industry braces itself for a possible ban on ships from Indonesian ports. 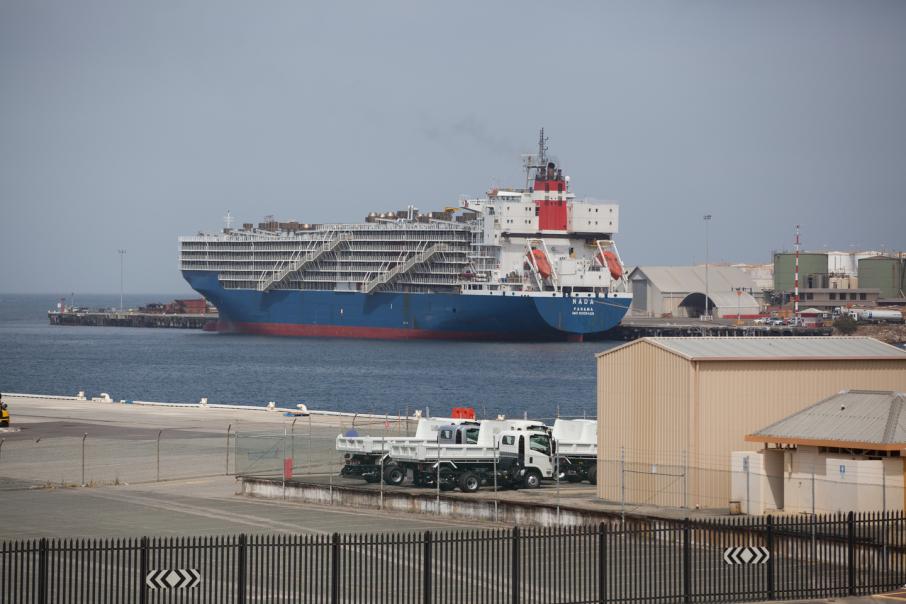 Mr McGowan last Sunday said that he wants Indonesia to prevent crew members leaving their vessels whilst in Indonesia to minimize the opportunity of becoming infected with the virus.

Another day and another bulk ship from Indonesia arriving off WA with a COVID-19 infected crew, as our state’s agriculture industry braces itself for a possible ban on ships from Indonesian ports.

The WA premier, Mark McGowan last Sunday said that he wants Indonesia to prevent crew members leaving their vessels whilst in Indonesia to minimize the opportunity of becoming infected with the virus.

This is a reasonable goal as Mr McGowan seeks to reduce the number of infected crew members now arriving off WA on bulk cargo ships.

But we need to ask how will the premier convey this message to Indonesia, or even start this discussion amongst the many agencies and private shipowners to our north?

In the past, a premier or state trade minister would have turned to their in-country trade commissioner to bring about the desired outcome.

The commissioner would then commence discussions with the senior maritime ministerial staff in Jakarta, use his or her contacts at the Australian embassy to seek federal support to lobby in Indonesia for tighter controls, and also use the commissioner’s advanced networks within the logistics and shipping industry.

Both myself and several former commissioners, for example, still have a close personal friendship with the owner of Indonesia’s largest privately-owner shipping company.

A good starting place, but sadly WA no longer has an experienced commissioner who is responsible for, or is based in, Indonesia, with the department of Jobs, Tourism, Trade, Science and Innovation, (called ‘JTSI’) having downgraded the position and trade office in Jakarta.

Early this year, JTSI appointed a former bureaucrat from the WA lands department - who has no experience in international trade and with Indonesia, yet alone have established networks and political connections there – to oversee trade facilitation on behalf of WA.

Therefore, it is all well for the premier to tell the media about his ideas and plan with regards to cargo ships that arrive from, or having past-through Indonesia, but how does he actually get these negotiations in place? Who does he ring in Indonesia when there is no one with an interest in WA there to answer the phone?

So what is at stake here, does the relationship even matter, and what markets could be impacted? Wheat, cattle and education is a good start:

WA-grown wheat has, for over 30 years, been part of a remarkable partnership between WA farmers and Indonesia's noodle makers, producing over 13 billion packets of Indo Mei noodles every year, for not only the Indonesian market, but many other markets that now even includes Nigeria.

Sales of WA wheat to Indonesia has usually been near four million tonne per year - a huge market.

But in the past two years, soaring wheat prices combined with the return of the Black Sea suppliers to the market, with good quality wheat and improved supply chains, have seen WA wheat exports to Indonesia fall around 70% to near one million tonnes per annum.

The encouraging news however, is that the demand for fresh noodles in Indonesia is increasing as population wealth increases, creating a demand for high premium wheat; just like we produce here in WA.

A quality product combined with our reputation (until recently when the premier turned-back a bulk grain ship) as a reliable and efficient supplier means new and profitable opportunities for our farmers, as Indonesia heads towards becoming the 4th largest economy in the World by 2050.

Meanwhile, our live cattle export sector is bracing for a potential ban on exports to Indonesia, delighting animal activists but devastating a very significant industry in northern WA, worth around $100 million each year to Indonesia alone.

Any restrictions placed on ships coming to our northern ports to load cattle potentially will impact Indonesia’s ability to provide protein-rich food into their wet markets where so many lower income families shop.

Indonesia is also a major supplier of students to WA universities, with the state government aiming for 65,000 students annually by 2025. Nationally, Australia undertakes strategic and critical partnerships with Indonesia in anti-terrorism, policing, defence, drug trafficking and people smuggling, just to name a few.

But it’s our agriculture markets that are in immediate danger and it is in this context that WA farmers, suppliers and business people are bewildered that our state government displays such ignorance and blatant disregard for Indonesia, and also our short-sightedness towards our own grain farmers as they head towards a bumper wheat crop this year.

Downgrading our trade office in Jakarta, turning back food ships that arrive to load wheat without considering the reputational damage to our state throughout Asia, and a public service trade department whose senior staff have mostly never even been to Indonesia – except Bali – or who don’t possess any key networks with government and maritime stakeholders, places our entire relationship with this giant neighbour extremely vulnerable to becoming sidelined, leaving our exporters and the WA economy as the longer-term losers.