In an unprecedented move, a local lobby group has written to the Pope urging him to reconsider his stance on climate change. 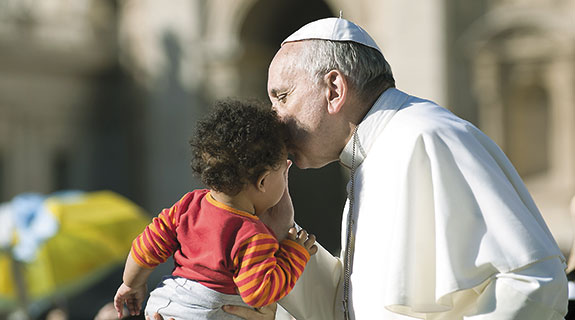 POWERFUL VOICE: Pope Francis is tipped to discuss the environment at the US Congress in September. Photo: iStockphoto

In an unprecedented move, a local lobby group has written to the Pope urging him to reconsider his stance on climate change.

A Perth-based public policy advocacy group has written to Pope Francis urging him not to capitulate to the worldwide propaganda campaign demonising carbon dioxide.

In a three-page letter, the Council for the National Interest (WA) urges Pope Francis to back CO2 since it’s an essential life sustaining compound crucial in helping raise living standards of the world’s poor.

Founded in 1985, the CNI bills itself as: “An organisation of concerned citizens who, motivated by ideals of democracy, fairness, national security, social wellbeing and economic prosperity, wish to make Australia a better place for future generations.”

It seeks to achieve its aims by influencing national policy makers.

The letter is the first time the group has extended its advocacy to include an overseas figure.

The encyclical will be “transmitted to 5,000 bishops, 400,000 priests and 1.2 billion Catholic Church members” and Newsmax says it is “sure to upset climate change deniers around the world”.

Pope Francis is expected to express his concern for the environment during three major addresses, including a joint session of US Congress in September, the United Nations General Assembly in New York, and a December speech at the UN Climate Conference in Paris.

Cardinal Peter Turkson – who many see as likely to become the first Africa-born pope – is a key player in helping draft the forthcoming encyclical.

He’s claimed the Pope was “compelled by the scientific evidence for climate change” and that “what is not contested is that our planet is getting warmer”.

Both contentions are disputed by the CNI, which has hosted more open public lectures in Perth than any other community group on the issue of global warming.

CNI strongly advocates the case that CO2 isn’t a pollutant but rather boosts crop, forest and grassland growth, is beneficial for humanity, and that the radiating sun, not CO2, warms the earth.

“Our members believe that there is a unique and critical opportunity for you, in your encyclical and your address to the United Nations, to advocate for some truly beneficial initiatives for improving the lives of people in the developing nations and ultimately, saving millions of them from starvation.” CNI’s letter to the Pope reads.

It warns the Pope that December’s UN Framework Convention on Climate Change will be seeking legally binding commitments from nations to reduce greenhouse gases and to commit billions of dollars to a Green Climate Fund.

“The intention to reduce greenhouse gases translates to reducing the level of CO2 in the atmosphere on the wrong premise that CO2 causes global warming (or more recently) climate change,” the letter says.

“Clearly, CO2 is not a pollutant but an ‘ecologically beneficial trace gas that forms the base of almost the entire planetary food chain and which currently exists at atmospheric starvation levels of 380 parts per million compared with up to 10 times that concentration and more during the preceding 600 million years of multi-cellular life on earth’.

“The World Health Organization estimates that 3.1 million children die of malnutrition each year.

“It is imperative that governments of the world are made aware of the fact that by reducing emissions of CO2, they will be reducing the increase of world food harvests and increasing food prices and in the process condemning millions more to die of starvation.

“Misguidedly, in the developed world, there is a concerted ‘war on coal’ being waged by both governments and ‘green’ groups, claiming wrongly, that coal fired power stations are ‘dirty’ and that CO2 is a pollutant.

The letter goes on to suggest coal-fired power should be promoted to developing nations and then concludes with: “It is with great respect, Your Holiness, that we ask you to take up this challenge to advocate for changing the direction of the world, on the issue of CO2 emissions and thus achieve immense benefits not only for the developing nations but for the whole world.”