Volt Resources is close to securing approval for a USD$40m note issue on the Dar es Salaam Stock Exchange that will underpin the Stage 1 development of its Bunyu graphite project in Tanzania. The company has also made progress regarding a proposed bond issue on the Stock Exchange of Mauritius and has received strong interest from North America and Asia-based institutions to fund the project. 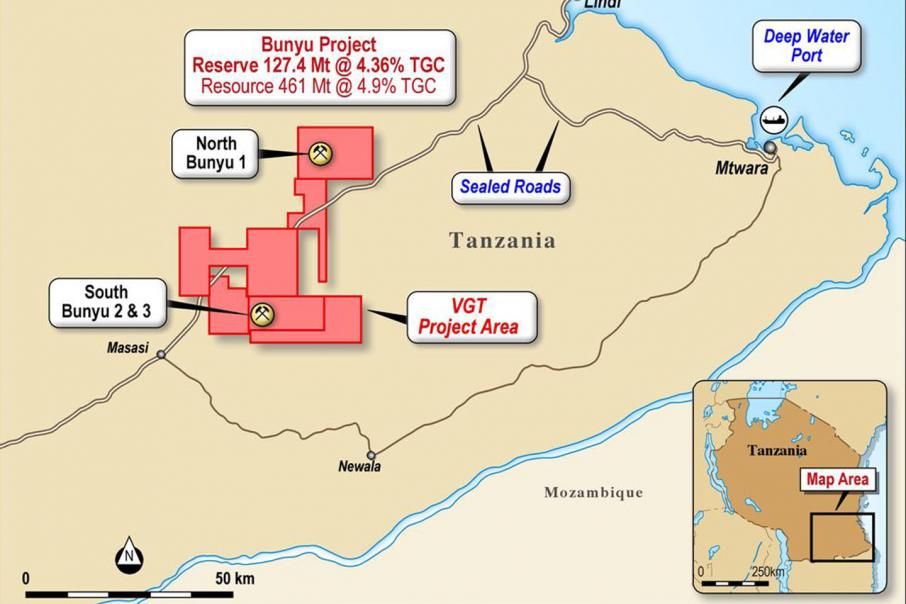 Volt Resources is in the final stages of securing approval for a USD$40m note issue on the Dar es Salaam Stock Exchange, or “DSE”, that will underpin the Stage 1 development of its Bunyu graphite project in Tanzania.

This follows recent in-country meetings and ongoing discussions with the Tanzanian Government.

Volt added that progress has also been made in relation to a proposed bond issue on the Stock Exchange of Mauritius with a draft prospectus in the final stages of preparation.

The company has also held discussions with North American and Asian-based institutions, through London-based Exotix Capital, who have also demonstrated their strong interest in providing funding for the project.

In July 2018, Volt released a feasibility study for Stage 1 of Bunyu that showed the operation would churn out an average of 23,700 tonnes of graphite product per annum to generate EBITDA of USD$93.6m over an initial seven year mine life.

Payback on the Stage 1 development is estimated by Volt to be a little over four years while CAPEX costs are expected to be about USD$32m.

Volt Chief Executive Officer Trevor Matthews said: “The opportunity to progress listings in both Tanzania and Mauritius will provide Volt with important funding flexibility and access to a much larger pool of investors to raise the USD$40 million needed to complete the Stage 1 development program at Bunyu.”

“Although our Tanzanian listing process has taken longer than originally forecast, it should be remembered that Volt is the first mining company to pursue a DSE debt listing and we are now nearing the final stages of the approval process which is very encouraging.”

“The level of interest received recently from investors in Tanzania and Mauritius, along with North American and Asian institutions, is a testament to the world-class quality of the Bunyu Project and we look forward to finalising this funding process so we can turn our attention to the start-up of development works as quickly as possible.”

There is also substantial exploration upside too, as the current mineral resource only covers a small portion of Volt’s tenement holdings.