It has been a tough quarter for dealmakers as commodity and share prices slump but some players see promise in the market shake-out. This Special Report includes a fully updated database with 146 deals for the quarter and an updated stockbrokers list. 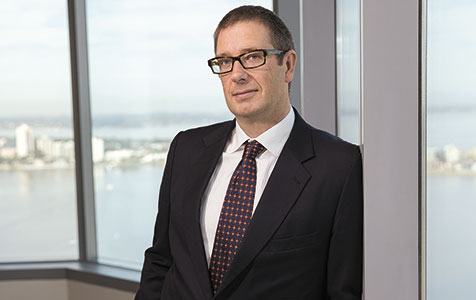 The value of corporate activity in the past three months has fallen away sharply as Perth’s dealmakers grapple with the tough conditions, according to BNIQ's deals database.

The steady downward march of the iron ore price has eroded sentiment and discouraged merger and acquisition activity, sending it more than $2.5 billion lower than in the June quarter.

There was a total of 83 raisings in the September quarter worth $804.9 million compared to 69 in the previous three months, worth $928.9 million.

Almost half of the raisings were under $3 million.It’s a sobering set of numbers for even the most bold-faced optimist and there are no clear signs of the much longed-for turnaround.On a year-to-year basis, M&A is down by more than $500 million and raisings are down from 79 in September 2013 to 63 for the same period this year.

Only 14 of the transactions were over $10 million, with just a handful over $40 million.

Sirius Resources’s $189 million raising to develop its rich Nova nickel project topped the list and provided one of the only opportunities for positive commentary on the quarter.

The slowdown in Western Australia reflects a slump in national deals, with the value of mergers and acquisitions and initial public offerings across the county both declining in the third quarter of this year.

Analysts report the capital markets remain closed for the micro-caps amid forecasts of further back-door listings among the “army” of small explorers.

Survival is the focus for these companies as costs are wound back, offices shut and staff cut.

On the M&A side, asset acquisitions feature prominently in the quarterly results, reflecting the post-boom cost-cutting mantra and cautious investment attitude around boardroom tables.

The deal is the company’s Industrial and Safety division’s fourth acquisition in six months, including its purchase of risk management group Greencap and its partnership with the National Safety Council of Australia to provide training services.

What the figures don’t reveal is the level of activity going on behind closed doors.

Softer commodity prices have created countercyclical buying opportunities and the investment bankers as well as the lawyers and accountants all reported a significant lift in inquiry in recent weeks.

Much of the interest is from offshore, particularly in Asia, where the focus on Australian energy assets has spawned a flurry of significant deals in the past three months, including the $113.4 million sale of Otto Energy’s Galoc oil field assets in the Philippines to Singapore-based energy group Risco Energy Investments.

He said BDO was busy with about half a dozen floats, which was close to the total number of IPOs it had worked on in the past two years.

The investment bankers are hard at work too, but many of these mandates never see the light of day.

One veteran suggested the success rate was at best five in 10 and probably closer to three in 10.

“I think the probability of success in any individual deal is down because you have conservative buyers and nervous sellers,” he said.

“There was improving sentiment but what’s happened to the iron ore price has really taken the wind out of everyone’s sails,” Mr Rasmussen said.

“Volatility is the enemy of deals because it makes it very hard to value assets.”

Azure advised on BC Iron’s takeover bid for Kerry Stokes’s Iron Ore Holdings in the quarter, which was one of only a handful of traditional M&A deals in the period, including Bangchak’s $120 million takeover of Nido Petroleum.

Allion Legal managing principal Philip Lucas is more sanguine about the quarter, characterising it as “more buoyant than a number of recent quarters”.

“There’s a growing realisation among the mid-caps that they have got to get on with life, this is the new normal and this is the way things are going to be for the foreseeable future,” Mr Lucas said.

“People have adapted to that environment, changed their expectations, realised this is the new paradigm and you can’t hide under the proverbial rock.

“Businesses realise they have got to get on with business and look for opportunities, they are being discerning and they are being careful and quality is paramount but there is this attitude that this is life now.”

He said one of the key factors was a reduction in costs across the board but analysts also report there has been a significant shift in the pricing expectations of vendors.

Despite this Mr Lucas said the traditional M&A activity had not been as strong as he had expected, with most of the activity concentrated on asset transfer.

He expected this trend to continue.

“A number of our more entrepreneurial clients are saying they are quite optimistic about the future and they are starting to look for good project acquisitions,” Mr Lucas said.

“They are starting to scout for good quality projects, which they believe are now at a reasonable price.”

The sale of a portfolio of state government-owned businesses and properties would add to the asset sale activity in the future.

The properties, which include the Princess Margaret Hospital site on the edge of West Perth, are expected to reap as much as $250 million.

However, the investment bankers have their eyes on the sale of the business assets, such as the TAB, the Utah Point Bulk Handling facility and the state’s electricity assets.

“I think it’s still patchy and whilst I look at what we’re doing and think we’ve had a bit of a sweet spot, I think it’s just that,” Mr Constantine said.

Patersons advised on Continental Coal’s $35 million raising as well as the $20 million Winchester Energy IPO, which was one of only three floats in the quarter.

Despite the weak finish to the quarter, which saw the year’s gains wiped off the value of Australian shares, Hartleys head of corporate finance Grey Egerton-Warburton was optimistic about the outlook.

Hartleys was the adviser for the quarter’s biggest raising, Sirius Resources’s $189 million placement for its “firecracker” nickel-copper deposit at Nova east of Norseman.

The base metals were the star performers among the resources commodities in the quarter and provided some relief from the downward march of the iron ore price.

But even these metals sagged in the last week of September as falling nickel and copper prices and the weakening Australian dollar savaged the base metals stocks.

“For the most part, this quarter we saw a discerning but strong market,” Mr Egerton-Warburton said.

“We saw commodities like zinc and nickel initially perform very strongly although nickel has retraced its steps in the last few weeks.

“The quarter has once again reflected the ongoing strong volatility in the mining space.”

These conditions deter corporate dealmaking because they make it difficult to price anything accurately.

“You don’t get death by a thousand cuts and the slow downward movement that you could get over the course of 12 months,” he said.

“You tend to get a savage downward correction in one month and then suddenly everyone recognises things are oversold and cheap and then the market gets back on with it.

“I think that things are now oversold in mining and I think the metals have bottomed … and you will see improving times.” 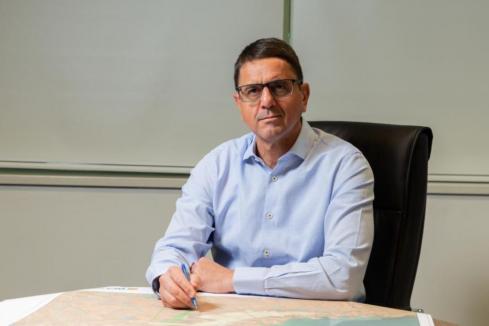