Venus Metals and Rox Resources have revealed some anomalous gold, copper, zinc and lead assays from their initial aircore drilling program that is located adjacent to high-grade gold occurrences at Currans Find North and Spectrum Metals’ recent revered gold find near Youanmi in WA.
The shallow drilling identified several intersections worthy of follow up, with gold peaking at 0.73g/t, copper at 0.23%, zinc at 0.29% and lead at 0.15%. 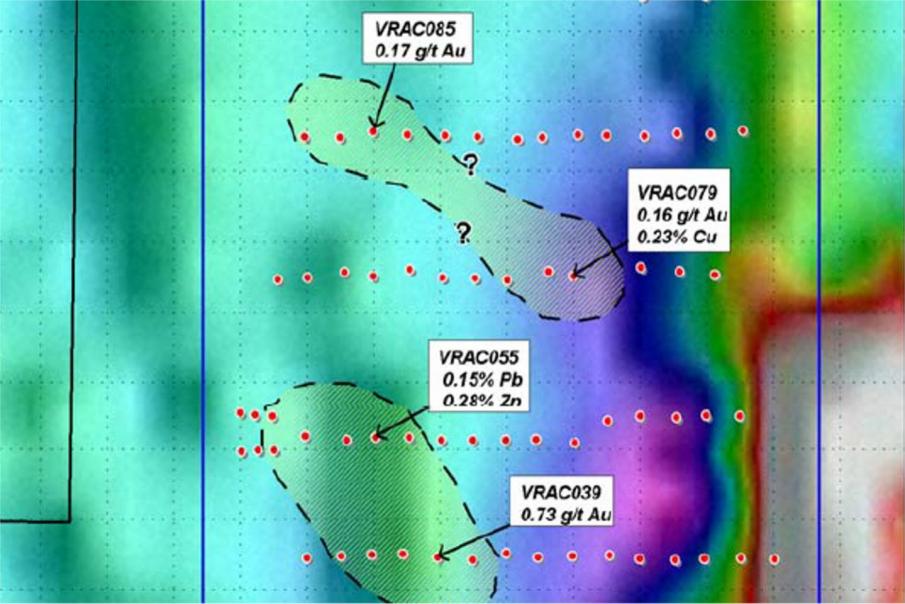 Venus Metals and Rox Resources have had another win at their Youanmi gold JV in the Murchison region of WA, this week announcing significant gold, copper, zinc and lead anomalies from aircore drilling just north of Spectrum Metals’ revered Penny West gold discovery.

Another drill hole contained a 0.16g/t gold assay and also included a 24m wide zone from 32m down-hole that was strongly anomalous in copper peaking at 0.23% copper from 36m.

A deeper intersection nearby produced a metre grading 0.29% zinc and 0.15% lead from 83m down-hole.

Given that the drill program is only first pass aircore drilling and simply designed to test the rocks below the unmineralised cover, grade is not overly important here – what is more important is the discovery of anomalous levels of multiple mineralisation – all of which begs the question, where are they coming from?

The coincident gold and base metal anomalies are considered important, as the JV partners have already shown that elevated lead, zinc and copper characterise many of the high-grade gold intersections they have previously drilled at Currans Find North, about 2km to the northwest.

The recent drilling was targeting two distinct magnetic trends that the partners had delineated within the joint ventured exploration licence.

Both geophysical trends appear to contain anomalous gold and base metals assays from the recent aircore program, management said.

Historical drilling in the region was limited by a transported soil cover, which rendered conventional surface exploration methods such as soil sampling ineffective, effectively meaning it has remained mostly unexplored for economic mineralisation, particularly at depth.

The historical Penny West open pit produced 85,000 ounces at a staggering grade of 21.8g/t gold back in 1991-92 and gives some idea of the latent gold prospectivity of the wider Youanmi district.

That deposit still has a remaining resource of at least 230,000 tonnes grading 4.8g/t gold for 36,000 ounces, which does not even include the recent Penny North discovery’s gold resource.

The aircore program was specifically designed to search for the gold and base metal pathfinder elements similar to Penny West and Currans Find North, with the campaign delivering in spades so far for Venus and Rox.

A program of follow-up aircore drilling is already in progress by the JV partners across high-priority targets and assay results from this work will be highly anticipated by the market.