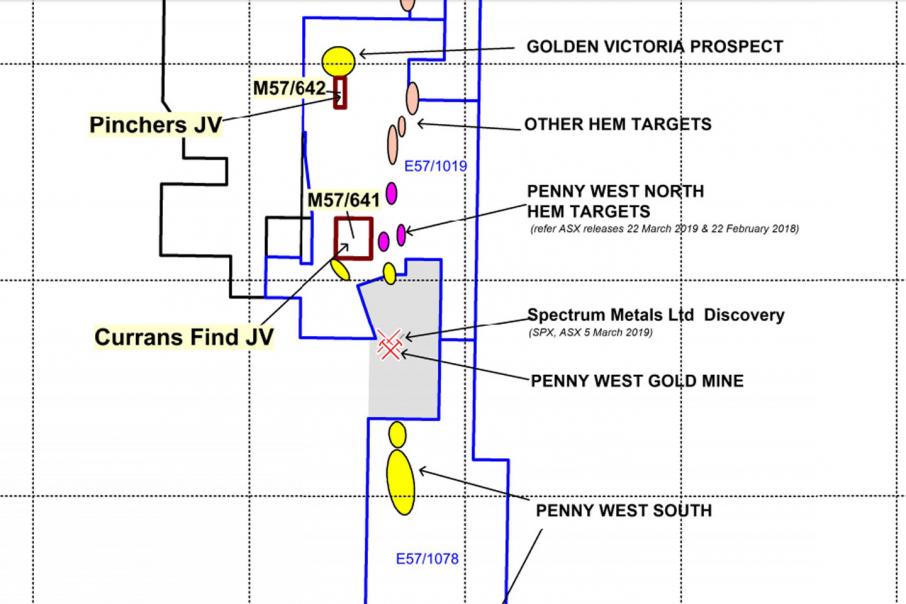 Results of up to 3 metres grading 9.17 grams per tonne from 46m down-hole, including 1m @ 22.7g/t gold from 47m, were previously recorded from the mining lease.

The Currans Find JV agreement covers a historical, three square kilometre mining lease that produced just over 6,000 tons grading nearly half an ounce to the ton gold in the early 1900s.

Venus Metals and Rox Resources are jointly earning a 45% stakeholding in this tenement and the nearby Pinchers mining lease, whilst Mr Doug Taylor retains a 10% interest in the ground.

Currans Find is near Spectrum Metals’ recent high-grade gold find at Penny North and is contained in the same rock sequences as that prospect, the Penny West gold mine and the Columbia-Magenta gold prospect, also on Spectrum’s ground.

Historical production of 6,874 tons at an average grade of 13 grams per ton gold was recorded at the Red White and Blue prospect.

Venus noted that high-grade gold mineralisation at the JV project could be associated with ultramafic rocks and that there is a similar structural control on ore lodes mined at the Penny West deposit to its gold prospects on the Currans Find mining lease.