Small cap listed explorers Rox Resources and Venus metals have joined forces to breathe new life into the historic Youanmi gold mine in a deal that looks like a win win for both parties. With the gold price hovering at around AUD$400 an ounce in 1997, Youanmi was closed down with well over a million ounces still in the ground at good grades. 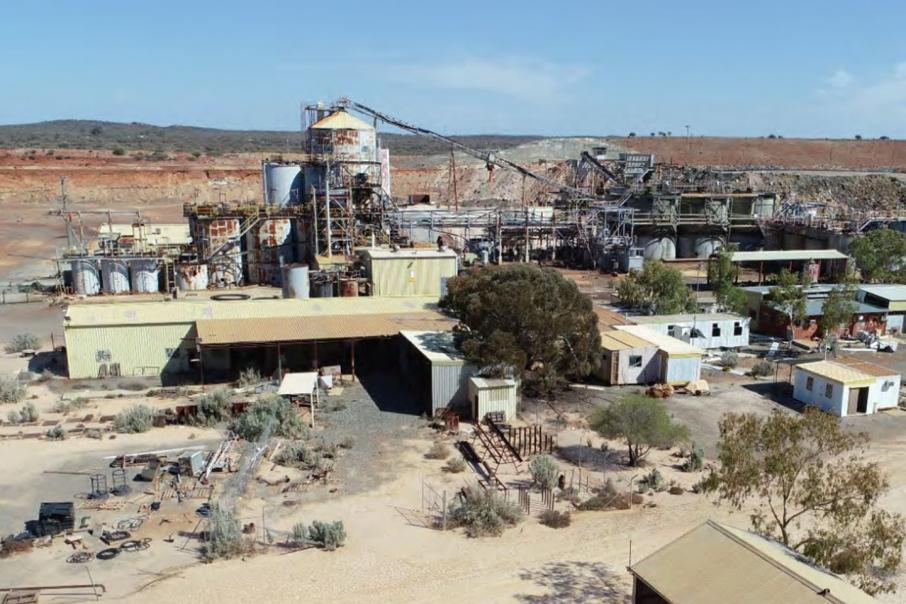 Small cap listed explorers Rox Resources and Venus metals have joined forces to breathe new life into the historic Youanmi gold mine in a deal that looks to be a win for both parties.

The old Youanmi mine in the Murchison region of WA was closed in 1997 when the gold price was hovering at around A$400 – A$450 an ounce.

Surprisingly however, it still houses almost 1.2m ounces of gold going very nearly 3 grams per tonne – and that’s before any near mine exploration successes that are now looking increasingly likely after Spectrum Metals recently drilled 100 gram plus dirt just 25km south of Youanmi on the same shear zone.

Last year, Venus cleverly brought together two warring parties to get its foot in the door at Youanmi in a deal that would see it stitch up an option agreement to pick up the entire project and surrounding leases from private owner Oz Youanmi Gold Pty Ltd for around $4.8m in cash and scrip.

At the time, Oz Youanmi was under plaint from a third party, St Clair Resources Pty Ltd who will be paid a further A$650,000 in go away money by Venus to get the deal done.

Venus has teamed up with the cashed up Rox to fund the deal which could ultimately see Rox end up with around 70% of the key Youanmi project with Venus holding 30%, a net smelter royalty of 0.7% and the non-gold rights to the wider regional tenement package.

Rox Resources has been looking for a smart way to deploy its nearly $8m in the bank that it picked up from the $15.8m sale of its share in the Reward Zinc project in the Northern Territory to Teck Australia. Teck long dated some of the monies from that sale which means that Rox still has more to bank from it in the coming years.

Rox will acquire its initial 50% interest in the Youanmi mine by paying $2.8m in cash and issuing Venus with $200,000 worth of Rox shares priced at 0.8 of a cent each.

At any point up until June 2021, Rox may increase its stake in the mine to 70% by paying $3m in cash and shares to Venus. Venus will retain a 0.7% royalty over the project and the non-gold rights to the wider exploration play in addition to its 30% interest.

Rox said that it plans to carry out an aggressive near-mine exploration and pre-development program at Youanmi once the transaction is completed later this quarter.

In addition, the two companies have also entered into separate equal JV arrangements for the gold rights within Venus’ significant regional tenement holdings and Venus’ existing 90% JV with a third party. These JVs will initially be managed by Venus.

Before being mothballed decades ago the old Youanmi mine achieved historic production of 667,000 ounces of gold grading a very respectable 5.42 grams per tonne gold from open pit and underground mining operations.

Notably, the Youanmi operation also plays host to an existing but mothballed 600,000 tonne per annum CIP processing plant and associated mine infrastructure.

Whilst it will definitely require a bit of TLC to become operational again, the presence of infrastructure on site adds a touch of excitement to this deal and could see Youanmi ride again without too much difficulty.

Rox Chairman Stephen Dennis said: “The acquisition of the Youanmi gold project is consistent with the company’s stated objective of acquiring near-production assets within its financial capacity.”

“Since our new CEO Alex Passmore joined the company, our efforts to identify a suitable development project have increased and we look forward to realising the potential we believe exists at Youanmi.”

Venus Managing Director Matthew Hogan added: “Joining forces with Rox Resources at Youanmi is a great deal for Venus, in regard to the way in which the company has managed to arrange the settlement of the Youanmi gold mine acquisition which is with minimal dilution to VMC shareholders coupled with mitigating risk.”

“… significant drill testing programs will commence as soon as possible on numerous geochemical and EM anomalies identified along strike to the north and south from the recent Penny West discovery site by Spectrum Metals.”

Going forward Venus will now acquire Oz Youanmi for $1.8m in cash and $3m in Venus scrip and pay St Clair $650,000 in cash. It will then vend the project into the JV with Rox.

Separately, Rox will earn a 50% and 45% stake in the two regional JVs with Venus by contributing a further $1m of exploration expenditure.

It also has the option to take over management of both regional JVs from Venus, if it moves to 70% ownership of the Youanmi mine JV.

Rox’s foray into the Youanmi gold mine and the regional exploration tenements appears to be a natural fit for its new gold focus following the appointment of ex-Patersons Head of Research Alex Passmore as its CEO earlier this year.

The transaction is a solid win-win for both companies with Venus able to complete the acquisition of the Youanmi mine with minimal dilution and Rox able to deploy its capital into a project that at face value looks to be a real chance of getting into production.