Venus Metals’ farm in partner Lepidico has intersected multiple zones of lithium-rich mineralisation whilst drilling at the company’s Youanmi project tenements in the Murchison region of W.A. Lepidico reported intersections up to 9m thick of lepidolite mica from the recently completed drill campaign and it has secured an option to earn up to 80% of the lithium rights on an exploration licence located 20km from Venus’ Youanmi gold operation. 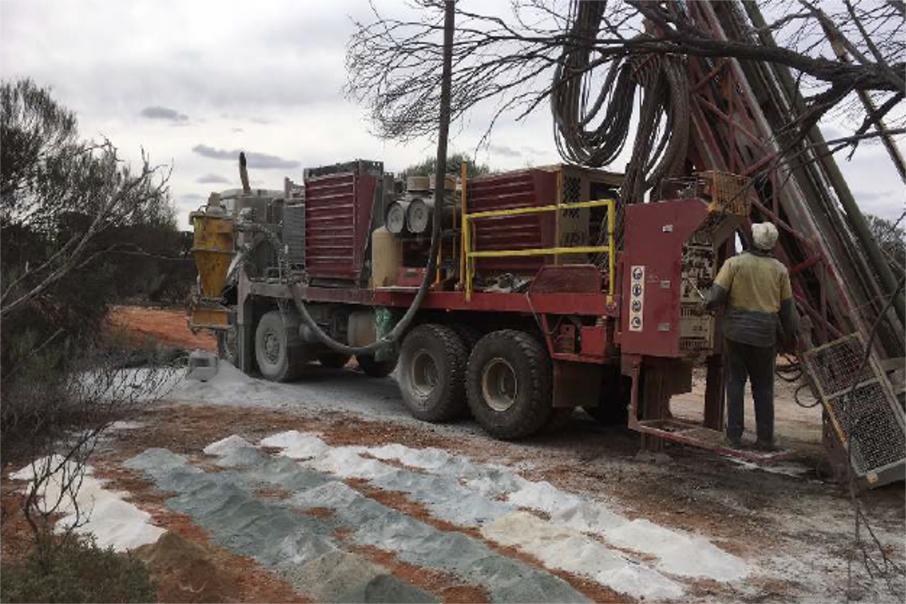 Venus Metals’ farm in partner Lepidico, has intersected up to 9 metres of lithium-rich “mica” mineralisation during its maiden RC drilling program at Venus’ Youanmi lepidolite project, near Sandstone in W.A.

The company has now confirmed multiple lepidolite-mineralised pegmatites across three separate targets on the property and is eagerly awaiting assays from the program, due in late September.

The northernmost target, Target 1, hosts a 4-5 metre thick lepidolite-rich pegmatite striking over 250m approximately east-west, dipping northwards to about 40m depth and is presently open in all directions according to Lepidico.

Target 2 looks even better with a 9m intersection containing 10-30% lepidolite within a large patch of 200m x 100m in area, with numerous outcropping pegmatites.

The southernmost Target 3 is marked by dispersed surface pegmatite indications located over an area of 300m x 200m, which are thought to be about 1-3m in thickness.

This target is provisionally thought to be the transition zone from white mica dominated pegmatites in the south to the purple mica, lepidolite-dominated lithium-rich pegmatites to the north.

The company said that the area’s prospectivity and interpretation of pegmatite zoning will be better understood on the receipt of the assay results.

A follow-up drilling program for the Youanmi project is planned before the end of current field season.

The company executed an agreement with the tenement holder Venus Metals in late July, to earn up to an 80% interest in the lithium rights on the single exploration licence.

Venus is free carried through to a decision to mine.

The drilling program followed up highly anomalous rock chip sample results from the Youanmi project reported in August that returned assays between 0.25% and 1.7% lithium oxide from outcropping lepidolite pegmatites.

Significant areas inside the greenstone stratigraphy on the tenement are considered by the company to be prospective for further lithium mineralisation, which will be evaluated by Lepidico in due course.