Venus zeroes in on gossans at DeGrussa North

Venus Metals Corporation has uncovered two promising boxwork gossans at its DeGrussa North copper project, located just 3km north of Sandfire Resources’ high-grade DeGrussa copper mine in WA’s Meekatharra mining district. Assays results for the rock and soil samples collected from the gossans are expected to be received in about two weeks. 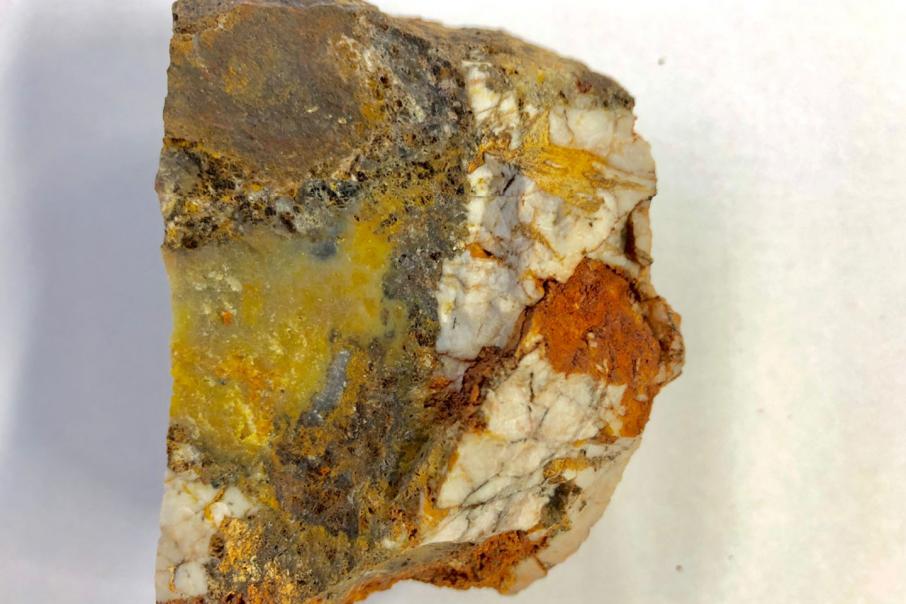 Sample from the quartz-rich limonitic breccia with abundant sulphide boxworks

The boxwork structures are interpreted to have formed after sulphide mineralisation with the company collecting both soil and rock chip samples that have been submitted for analysis.

One of the gossans is a subcropping quartz-rich limonitic breccia with abundant coarse and fine boxwork textures while the other is an abundant float of a sheared hematite and quartz-rich boxwork gossan.

Venus said the results of the reconnaissance trip will allow it to refine the planned ground electromagnetic survey for massive copper gold sulphide deposits.

Managing Director Matt Hogan said: “The discovery of these sulphide boxwork gossans in our DeGrussa North tenement gives us strong impetus for the EM testing of our targets aimed at the discovery of massive copper gold sulphide at depth. We await the rock and soil assays with great interest to further refine our targets.”

In December last year, the company said that a reconnaissance ground gravity survey completed over the centre of the DeGrussa North project threw up two priority zones and two additional zones of gravity anomalism, with one priority zone closely coinciding with a historical rock chip sample that returned 0.02% copper.

Assays results for the rock and soil samples are expected to be received in about two weeks.