Venus Metals has completed a detailed resource definition drilling program at its Youanmi vanadium oxide project near Sandstone in WA, in preparation for updating the mineral resource estimate for the deposit. The work will allow the company to convert a large part of the existing inferred resource into measured and indicated oxide resources, from which ore reserves can then be optimised. 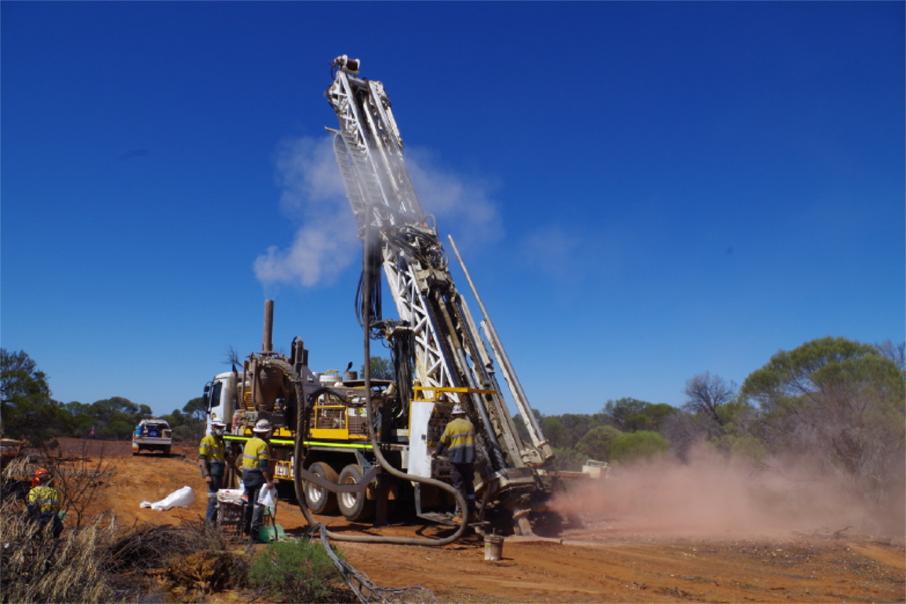 The company completed nearly 6,000 metres of shallow RC drilling on a tight grid spacing over about 2km of strike and up to 400m wide on the strongly oxidised ore system.

This is in preparation for an update to the mineral resource estimate for the project, which currently sits at 110.6 million tonnes grading 0.3% vanadium in the lower confidence inferred category of classification.

The detailed drill out will allow Venus to convert a large part of this inferred resource into a measured and indicated oxide resource, from which ore reserves can be optimised and more detailed economic studies can then commence.

The company said that assays of drill samples from the program are pending and that the updated mineral resource is scheduled for release in January.

As an added bonus, that test work also managed to suck out most of the valuable nickel, copper and cobalt credits from the solution.

The beauty of the Youanmi vanadium deposits is the strong weathering of the ore grade materials right from surface and down to about 30-50m depth.

A recent review located a widespread and remarkably even distribution of high vanadium grades throughout the deeply weathered, crumbly, soft and friable mineralised ore zones at Youanmi.

This is likely to afford the project lower mining and processing costs and improve the economic viability of any future, low strip ratio, bulk open pit mining operation.

Venus Managing Director Matthew Hogan said: “We are very pleased that the drilling was completed on time and on budget. The updated JORC 2012 resource calculation will enable us to progress the next phases of metallurgical testing and scoping studies with confidence”.

Venus indicated that the short program was reconnaissance in nature and designed to test vanadium grades in the wider exploration target area around Youanmi.

According to the company, this drilling also intersected soft oxidised vanadium ores near surface and assays are pending.

Current vanadium prices are sitting over AUD$80,000 per tonne for high grade premium vanadium pentoxide flake and hence the push to move the Youanmi project with some haste.

Venus recently said it was aiming to complete a scoping study to treat 5 million tonnes per annum of oxidised ore at Youanmi, at grades of 0.3% vanadium pentoxide or higher.

The company is also looking to fast-track the relevant mining lease applications at Youanmi, in a further vote of confidence for the broader project area.

Venus owns 90% of the Youanmi vanadium oxide project, with a prospector being free carried for the remaining 10% stake.

If a decision to mine is made, the prospector’s interest becomes a pro-rated contribution or reverts to a 1.25% net smelter royalty.