Venus Metals has completed a high-powered, electromagnetic geophysical survey at its Vidure copper-nickel prospect that has thrown up at least four shiny new massive sulphide targets. The Vidure copper-nickel prospect is located near the Youanmi region of WA with Venus set to drill test its new targets in the area shortly. Two of the new targets have conductivities that are directly comparable to the existing Vidure discovery EM results. 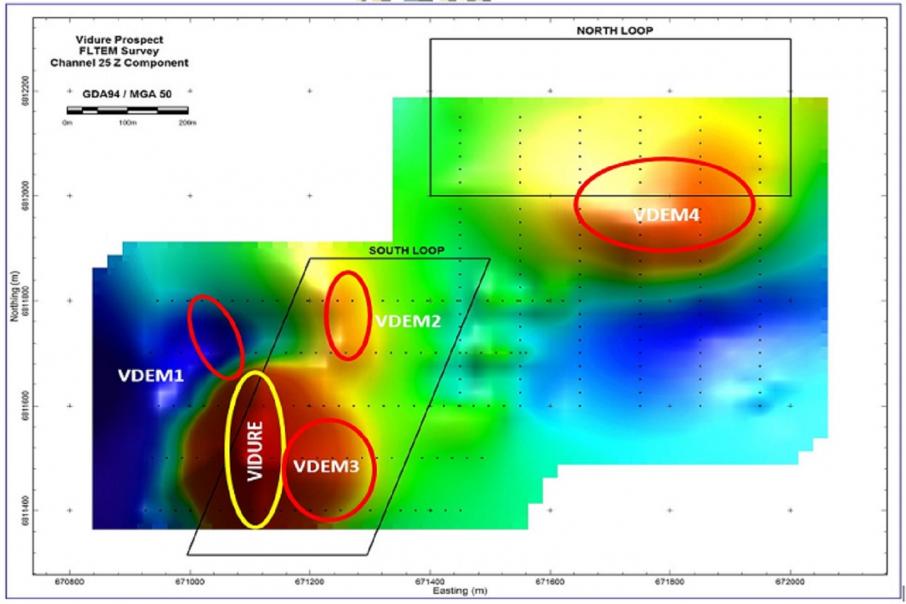 Venus Metals has finished off an EM survey at its Vidure copper-nickel prospect.

Multi-commodity exploration company, Venus Metals, has completed a high-powered, electromagnetic, or “EM” geophysical survey at its Vidure copper-nickel prospect that appears to have thown up at least four shiny new massive sulphide targets near the Youanmi region in WA.

EM surveys are used to detect massive sulphide mineralisation that may be lurking below ground that typically can contain occurances of nickel and copper.

Two of the new suite of as yet untestested targets returned a very high conductivity and are potential extensions to the known Vidure massive sulphide mineralisation, according to the company.

One target is interpreted to be approximately 65m below surface and the other is around 130m below the surface, according to the latest EM results.

The two additional targets are also considered to be strong EM anomalies and will also be the subject of drilling in the near future.

Venus confirmed that these new subsurface conductors have not been directly tested by historical drilling.

A hole that was drilled in 2004 returned 6m @ 0.28% nickel and 1.12% copper from 114m downhole. That hole is situated very close to the new target, providing some hope that the new target might be well mineralised and that the the historical 2004 drill hole could have been a near miss.

Venus’ Managing Director, Matt Hogan, said:“The recent EM survey has been highly successful and we are extremely excited about the presence of the deep conductor plates that are prime targets for potential base metals mineralisation and have never been tested.

Drilling these conductors is a top priority and a program will commence as soon as possible.”

The Vidure base metals prospect was discovered by WMC in 1973, with a historical drill hole intersecting massive sulphide mineralisation in a 1.22-metre wide intersection that assayed 2.2% nickel and 0.14% copper from 135m down-hole.

The Vidure prospect forms part of the company’s Youanmi base metals project and is located within its much broader Youanmi tenement holdings.

The prospect is located only 3.5km west of the company’s promising-looking Currans Find North gold project that it is developing with JV partner, Rox Resources.

It is also about 25km south-southwest of the historical Youanmi gold mine, now owned jointly by Venus and Rox.

Venus has plenty of balls in the air now and it is not too much of a stretch to think that one might land on the edge of a new copper-nickel discovery in this already minerals rich province.