Venus Metals has identified three, near surface high-grade gold drilling targets at its historical Currans Find mining lease, only 25km south of its Youanmi gold mine in the Murchison region of WA. Priority areas include the new gold-bearing, quartz lode discovery at Taylor’s Reef and two prospects at the Red White and Blue mine and Currans North mine defined by anomalous gold assays in drilling and surface sampling. 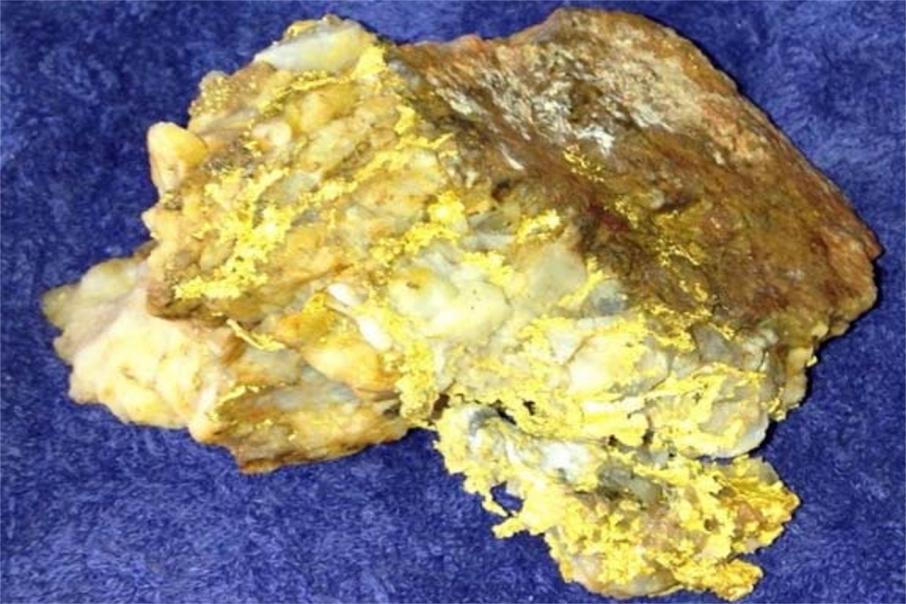 It has not taken long for gold developer Venus Metals to get its head around the prospectivity of its new Currans Find JV mining lease south of Youanmi, WA, this week outlining “Taylor’s Reef” as the priority target for an upcoming drilling campaign.

The reef, which bears significant visible gold within an east-trending quartz lode, was discovered by JV partner Mr Doug Taylor and has had virtually no historical drilling completed on it.

The Currans Find JV agreement covers a historical, three square kilometre mining lease that in the early 1900s produced just over 6,000 tonnes grading nearly half an ounce to the tonne gold.

Venus Metals and Rox Resources are jointly earning a 45% stake holding in this tenement and the nearby Pinchers mining lease, while Mr Taylor retains a 10% interest in the ground.

Historical RAB and RC drilling at Currans Find, with additional rock chip and surface soil geochemical sampling, have delineated two further drill targets at the Red White and Blue mine and Currans North mine, which straddle the discovery at Taylor’s Reef.

Drill results up to 3 metres grading 9.17 grams per tonne from 46m down-hole, including 1m @ 22.7g/t gold from 47m, were previously recorded from the mining lease.

Venus has now compiled a substantial RC drilling program to pepper previously undrilled sections of the gold-bearing lodes that have received little attention in the past.

According to management, drilling will commence in about four weeks, when all statutory approvals for the proposed work are received.

Currans Find is only a stone’s throw from Spectrum Metals’ recent high-grade gold find at Penny North and contained in the same rock sequences as that prospect, the Penny West gold mine and the Columbia-Magenta gold prospect, also on Spectrum’s ground.

Venus believes that there is an association of high-grade gold mineralisation in the region with ultramafic rocks and that there is a similar structural control on ore lodes at the mined Penny West deposit to its gold prospects on the Currans Find mining lease.

The encouraging exploratory results from Currans Find come just weeks after Venus formed a strategic partnership to breathe new life into the Youanmi gold mine 25km to the north, with fellow ASX-listed company Rox Resources.

The historical Youanmi mine has a remnant JORC-compliant mineral resource of 12.4 million tonnes grading 2.97 g/t for nearly 1.2 million gold ounces.

Rox is acquiring its initial 50% interest in the Youanmi mine by paying $2.8m in cash and issuing Venus with $200,000 worth of Rox shares priced at 0.8 of a cent each.

At any point up until June 2021, Rox may increase its stake in the mine to 70% by paying $3m in cash and shares to Venus. Venus will retain a 0.7% royalty over the project and the non-gold rights to the wider exploration play, in addition to its 30% interest.

The two companies have also entered into separate equal JV arrangements for the gold rights within Venus’ significant regional tenement holdings and Venus’ existing 90% JV with a third party. These JVs will initially be managed by Venus.

With this week’s news of high-grade, near-surface results from Currans Find as a potential ore sweetener for Venus-Rox down the track, the future for the Youanmi mining district is looking rosier by the day.