Venus Metals has unearthed two intriguing looking exploration targets from gravity surveys at its DeGrussa North copper project near Meekatharra in WA. The anomalies are located 200m from surface and may be related to sulphide mineralisation. The targets are located 3km north of Sandfire Resources’ high grade DeGrussa copper-gold operations and the company is planning follow up ground electromagnetic surveys to help identify their source. 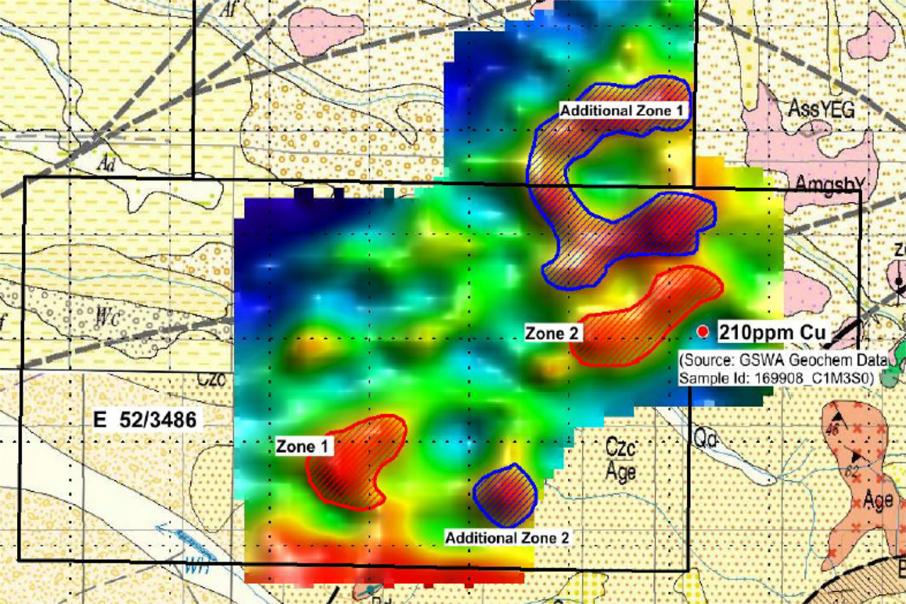 ASX listed multi-commodity developer Venus Metals might be onto something at its DeGrussa North copper project, located just 3km north of Sandfire Resources’ famed, high-grade, DeGrussa copper mine in the Meekatharra mining district of WA.

The company reported that a reconnaissance ground gravity survey completed over the centre of the project had thrown up several high-quality exploration targets for additional appraisal.

The new work has defined two priority zones and two additional zones of gravity anomalism, with one priority zone closely coinciding with a historical rock chip sample that returned 0.02% copper.

Management said the newly defined anomalies may be representative of concealed copper-gold mineralisation, beneath the extensive blanketing soil and colluvial cover in the region.

The company said that no drilling had ever been conducted in the areas covering the newly identified geophysical targets.

Venus Managing Director Matt Hogan said: “The close proximity of these gravity anomalies to the DeGrussa copper mine is significant. The high copper anomaly in a quartz vein rock chip adjacent to the Zone 2 anomaly is an important indication of possible mineralisation associated with these anomalies. We look forward to evaluating them in detail with more geophysics to define drill targets”.

The company said the results are intriguing because they are located in an area interpreted as being benign granite terrain and hence the gravity anomalies may represent rafts of heavier mafic, volcanic or sedimentary rock sequences.

Venus added that modelling of the new data indicates that the gravity anomaly across the main priority zone indicated a depth of about 200 – 250m.

Further work is now required to determine the nature of the gravity anomalies and a future ground-based electromagnetic survey across the areas of interest could potentially show they are related to accumulations of conductive metallic sulphide mineralisation at DeGrussa North.