Venus Metals has wasted no time in getting a drill rig on top of its four new electromagnetic, or “EM” targets that were thrown up just last week at the company's Vidure copper-nickel prospect in the Youanmi region of WA. The new EM targets represent potentially un-discovered massive sulphide occurrences that may be hiding beneath the surface. With Youanmi a hot area right now, the results should be interesting. 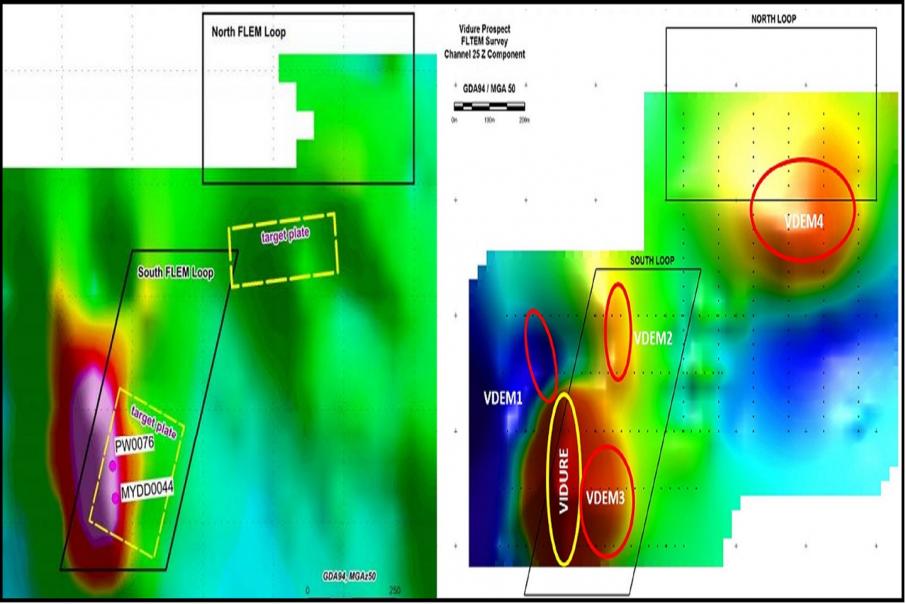 Venus Metals has wasted no time in getting a drill rig on top of its four new electromagnetic, or “EM” targets that were identified just last week at the company's Vidure copper-nickel prospect near the Youanmi region of WA. The new EM targets are interpreted to be untested massive sulphide occurrences that may be hiding beneath the surface.

The EM survey highlighted prime base metals targets that the company says have been interpreted as possible extensions to the Vidure massive sulphide mineralisation.

As the new subsurface conductors have not been directly tested by historical drilling, Venus immediately geared up to give their new targets a prod, courtesy of approximately 1,400m worth of RC drilling.

Two of the new range of targets returned very high electrical conductivities of over 4000 siemens with depths ranging from 70m to 250m below the surface.

The high conductivities are directly comparable to the existing Vidure discovery EM response that returned a conductivity of 4000 siemens in December 2015.

The Vidure prospect forms part of the company’s Youanmi base metals project and is located within its much broader Youanmi tenement holdings.

The Youanmi area includes a virtual array of mineralisation styles with commodities such as gold, silver, copper-zinc, titanium-vanadium and nickel-copper-PGM’s on the hit list in the area.

The prospect is located only 3.5km west of the company’s promising-looking Currans Find North gold project that it is developing with JV partner, Rox Resources.

It is also about 25km south-southwest of the historical Youanmi gold mine, now owned jointly by Venus and Rox.

Venus has a nice set of potential massive sulphide targets to test and will be undoubtedly watching the rocks as they come out of the ground closely in the hope that some will have tell-tale signs of a new mineral system.