Venus Metals and joint venture partner Rox Resources have delivered solid gold hits including 5m at 5.96 grams per tonne gold near an old underground mine the duo plan to bring into production at the Youanmi gold project in the Murchison district of Western Australia. 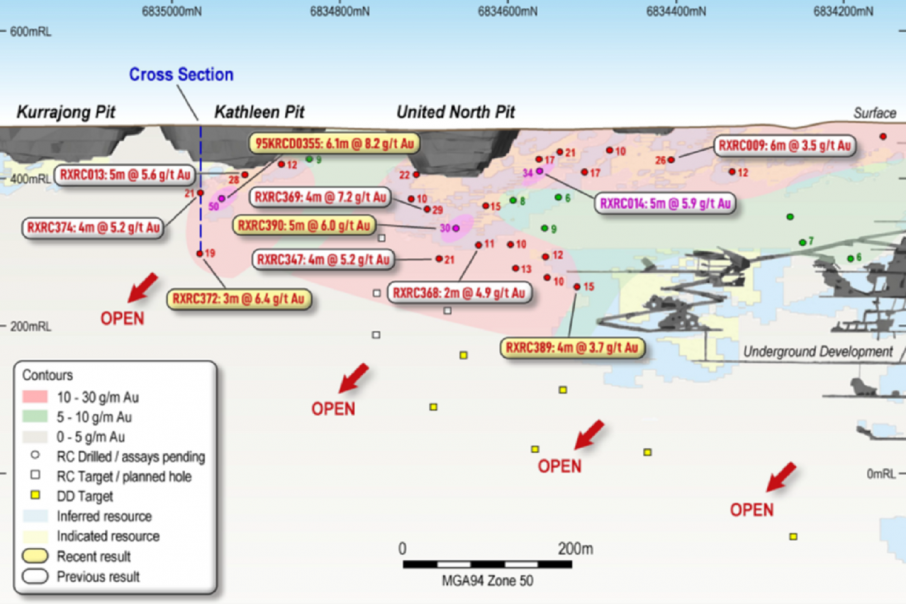 Venus Metals and joint venture partner Rox Resources have delivered several solid gold hits including 5m at 5.96 grams per tonne gold near an old underground mine the duo plan to bring into production at the Youanmi gold project in the Murchison district of Western Australia. The partners are looking to grow the 1.66-million-ounce resource with three drill rigs smashing out the metres and another two rigs due on site soon.

Youanmi historically produced 667,000 ounces at 5.47 g/t gold from several open pits and underground mines until its closure in the 1990s.

The latest results come from seven holes at the Link prospect in the northern end of the mineralised envelope hosting the historical United North, Kathleen and Rebel-Kurrajong open pits and the Hill End underground mine.

The drilling at Link has identified a gold zone close to the base of the historical pits, with some results near the old underground mine being considered for development.

Venus says Link has potential to grow the existing resources at Youanmi “significantly”.

Two diamond rigs and a reverse circulation rig are presently testing for depth extensions at Link and also at the Junction prospect at the southern end of the mineralised envelope.

Step-out drilling aiming to find new ore shoots is also on the cards.

Another diamond rig and an air-core rig are due on site soon.

Rox Resources Managing Director Alex Passmore said: “Exploration at Youanmi continues to be very active with our rig count growing. These results from Link are from drilling completed in May as our exploration program on the ground was gathering pace. It’s highly encouraging to report new mineralised positions previously unrecognised close to existing mine development. We look forward to updating the market as more drill results come to hand.”

Assays from a further 17 holes at Link and Junction are pending.

Intriguingly, Venus and Rox are also looking into historical Youanmi drill core which was sampled inadequately or was not sampled at all.

Recent geological modelling of interpreted mineralised lodes has identified potential to grow the resources by using the unsampled core.

The re-sampling program may prove to be an inexpensive path to improving the geological and resource models at the project.

Close to surface the resource grew to 14.7 million tonnes at 1.69 g/t gold for 800,000 ounces from seven shallow mineralised areas.

The mineralisation being hit at Link and Junction will be incorporated into future resource estimates.

Rox, which is operator and has 70 per cent of Youanmi, is funding all of Venus' ongoing exploration costs up to any decision to mine by way of a limited-recourse interest-free loan to Venus. The loan is secured against Venus’ 30 per cent stake in the JV and can only be repaid from proceeds of a sale of Youanmi JV assets.

Venus also retains a 0.7 per cent net smelter royalty on gold and other minerals produced from the JV tenements.

A feasibility study for the proposed mining operation at Youanmi is projected for next year.