Venus Metals has jumped into drilling at its Vidure South prospect in Western Australia as it targets a pair of electromagnetic anomalies south-west of the Youanmi gold mine. The Vidure nickel-PGE targets were identified on the back of historical drill results and a recent high-powered, ground electromagnetic survey, which lit up the potential sulphide bodies. 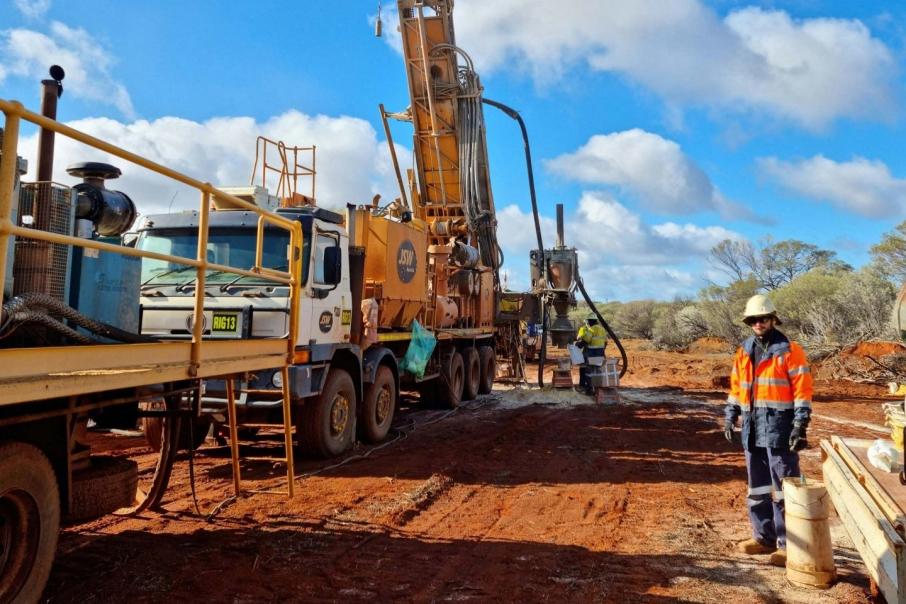 Venus Metals has jumped into drilling at its Vidure South prospect in Western Australia, as it targets a pair of electromagnetic, or “EM” anomalies south-west of the Youanmi gold mine. The company’s potential nickel-PGE targets were identified on the back of historical drill results and a recent high-powered, ground electromagnetic survey.

The three-square kilometre EM survey lit up a total of five conductors across the Vidure prospect area, with the two targets being drilled looking the goods and showing a geophysical signature the company says is typical of a covered sulphide body.

The company’s targets include the A1C1 anomaly in the northern survey area that geophysical consultants Southern Geoscience identified as a sizeable bedrock anomaly. Modelling shows the A1C1 target extends over more than 800 metres of strike, with the 200m-by-120m core of the anomaly kicking at more than 7,000 siemens. It  sits only 70m below surface.

Interestingly, while there is little exploration in the vicinity of the A1C1 conductor, a drill hole completed back in 2005 and positioned only 100m from the anomaly returned anomalous base metal values adding further weight to the target.

The second drill target at Vidure South is the A2C1 anomaly, 1.5km to the east of A1C1. The A2C1 anomaly was identified during a review of an older airborne geophysical survey, with the recent ground EM confirming the presence of a sulphide target.

The conductive anomaly at A2C1 lights up at over 5,000 Siemens and extends over more than 200m of strike, with modelling indicating the target sits adjacent to an intrusive mafic-ultramafic body in a similar geological setting to the high-profile Julimar discovery north-east of Perth.

Venus completed a shallow drilling program across a geochemical anomaly near A2C1 back in 2019. Subsequent analysis of the program showed the drilling appeared to have passed on either side of the EM target. However, assays returned anomalous nickel and PGE intercepts including 38m at 0.78 grams per tonne platinum and palladium from only 20m down-hole.

Additional intercepts from the 2019 program included 12m at a solid 1.32 g/t platinum and palladium, with 0.37 per cent nickel from only 45m down-hole, hinting that Venus is zeroing in on target as drilling commences.

With Venus now drilling two highly prospective nickel-PGE targets at Vidure and regional exploration unearthing a wealth of gold mineralisation in the Youanmi region, the company looks set to continue its tour-de-force across the underexplored terrane where previous work appears to have merely scratched the surface.