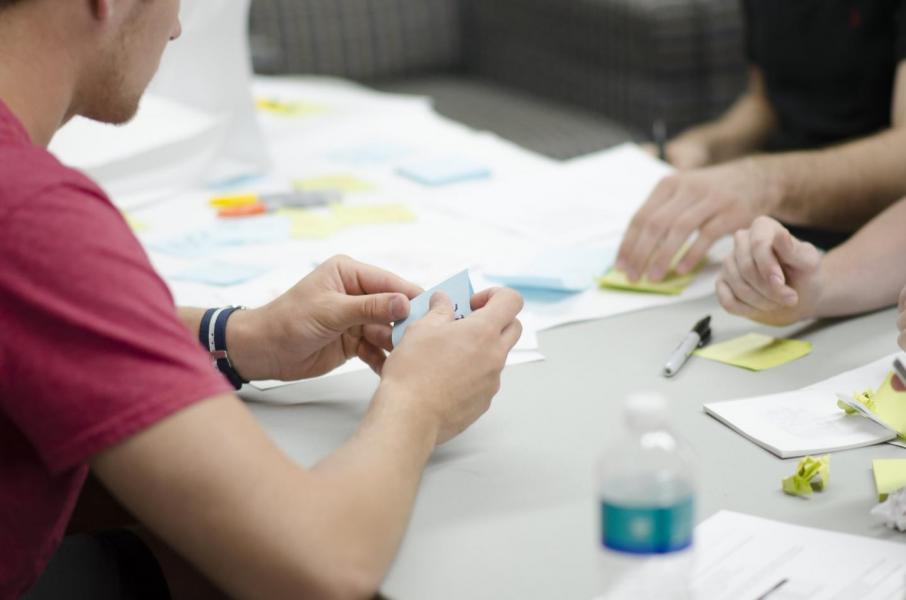 Intellectual Property is a crucial part of HR

The most inane piece of corporate feel-good tripe being spouted by CEOs and middle managers is: "Our people are our biggest asset".  I call BS on that - it's not the people, but the output and ideas they generate that are the biggest asset in a company.  Just having a few bodies tied to swivel chairs staring at computer screens will not, to this author's mind at least, constitute an "asset" by any stretch of the imagination, although I'm sure that many companies convinced themselves of the contrary when iron ore was running hot.

In a previous article about Intellectual Property (IP), I highlighted the fact that more than 80% of the value of the S&P500 is in the intangible assets of a company - ideas, innovations, business processes, know-how, and the like - and only 20% of their market cap can be ascribed to physical assets. That all sounds wonderul, but how do you capture the value of ideas?  Well, it's a cultural shift that first needs to occur in the minds of the Board and management before it will trickle down to the rest of the company - there needs to a realisation that IP is important for profitability and competitiveness and that this can be harnessed by communicating the value of the ideas created in your company, identifying them, protecting them, and using them to drive value for shareholders.

I've spoken previously about the concept of what I called the "IP-centric" company: this is a company that realises that IP is the most valuable part of their business and is not just generated by the software guys or the R&D team, but throughout the company. This is a company that considers IP to be core to the functioning and profitability of their business.  In other words, it's not just a haphazard output of the company geeks, but also a continual input which informs the way in which the company goes about its business, avoids re-inventing the wheel, does deals, identifies white space, and creates value for shareholders.

It is absolutely critical that people entering your company or working with you know that you take IP seriously - failure to do so will cost you money, either in the form of lost opportunities, or if a competitor comes knocking on your door to claim a key piece of Intellectual Property that your new hire brought with them on a flash drive when they joined your team.  Believe me, I've seen this happen and have also myself been on the receiving end of this - it is a very expensive way to do business and can be distastrous, reputationally.  It's your job to ensure that your employees respect the IP of third parties and to have IP policies in place which make this clear.

What's most important though is that all of your employment agreements are vetted to ensure that they contain clauses clearly stating that IP generated in the course and scope of your employees’ employment will accrue to your company. Where someone is hired to invent something for you, state this specifically in the agreement.  Although this isn’t strictly necessary in terms of the laws of most countries, this is something that you can use to signal to new employees that IP is very important to your company.  It's also the best way of averting what I term "corporate amnesia" - with the rapid turnover of staff that occured over the past decade in Western Australia, many companies realised that IP that they had paid for (in the form of salaries and contractor's fees) had left the building without sufficient record keeping or protection in place.  I'm not suggesting that companies attempt to retain employees' tacit knowledge that they brought with them to the company, but proprietary inventions and innovations paid for by the company should remain in the company to the greatest extent possible.  The last thing you want is to have to compete against a competitor using IP generated on your payroll.

It's a balance, however, as I've also seen research groups destroyed by companies that are over-anxious to ruthlessly capitalise on all ideas by their employess without a proper way of thanking or reimbursing them for their ideas, meaning that those employess will never bring their A-game to that business. As with all things in life, it's a balance.

IP is especially important when working with contractors, who by law are treated differently to employees in that there is no implicit agreement that the IP will remain with the company. The IP remains with the contractor, unless there is an agreement to the contrary. You might think that you are paying for them to generate IP for you, but most contractors' arrangements mean that you only end up paying them to deliver the product and service to you, and not the IP underlying the work.  Think of a photographer that you hired to take photos of your products, building, and staff.  Save for a written agreement to the contrary, the photographer will own the copyright in the photos, given that they were the original creator of that work.  This means that even though you get your photos delivered to you, they can use those photos on their website, storefront, or even sell them to a magazine or stock photo company.  Not sure about you, but that would make me very nervous! The same applies to engineers that you contract in - all the drawings and great ideas they generate are theirs to own if you don't have a proper contract in place.  Don't forget about website and graphic designers that you get to rustle up something for you - I've seen companies pay a website designer through the nose for a completely original design (i.e. not a template), only to then have the designer offer the exact same design to one of their competitors in a different country!

So, it is crucial that you have agreements in place with contractors which address the ownership of IP rights, as in the absence of such an agreement the contractor owns all the IP.  Bear in mind that they will be working with you and may end up owning some of the ideas that you or your staff may have developed with their input. If they’ve contributed inventively, then they are considered by law to be co-inventors on any patent applications. This is not a problem if they have agreed in writing to "assign" or make over their IP rights to your company, but it's going to be immensely problematic down the line given that a patent application must cite all true inventors - if there's a bust-up and you cannot get them to sign off on the required forms to place the patent rights in the possession of your company, then you're going to have an uphill battle trying to convince the Patent Office otherwise.

So it’s important that you get this out of the way right at the beginning of your relationship and ensure that contactors and employees sign an agreement which states that they will not only deliver their services or build a product, but that they will assign their rights to your company and will assist with any paperwork that’s necessary to carry this out.

But, here's the crucial part: it's all about communication. None of your company rules mean anything if nobody knows about them internally.  Larger organisations have found it useful to have an IP training specialist give periodic presentations to their staff and management on how to identify IP, what the various forms of IP are, and how they should work with the IP of others. I sometimes picture in my mind a large empty box at the front door of a company – as employees leave the company to go and work elsewhere, they should be putting the ideas that they have created on company time and with company resources inside the box – it’s the only way of avoiding that corporate amnesia that I spoke about earlier and ensuring that your competitors don’t ride on your coattails.  I have encountered many companies that think that they cannot stop the flow of information from their companies.  This is not the case – there is a lot that can be done, especially through education, to ensure that employees only leave with the tacit IP in their heads (i.e. the basic knowledge and mental tools that they can use on the next job) and not your codified, proprietary IP that should have been captured in one form or another, even if only by writing it down while they work for you.  IP-centric companies know this and realise that once it has been captured and adequately protected, it can be used not only to weed out cases where your valuable information makes its way to competitors, but to provide an input into the company and ensure sustainability and profitability.