Wiluna Mining Corporation’s ongoing drilling campaign has delivered a massive 142 per cent increase in the contained gold within company’s mineable underground ore reserves. Development drilling has rapidly built the Wiluna’s underground inventory across the site, which now tips the scales at 4.33 million tonnes at 4.74 grams per tonne for over 660,000 ounces of gold. 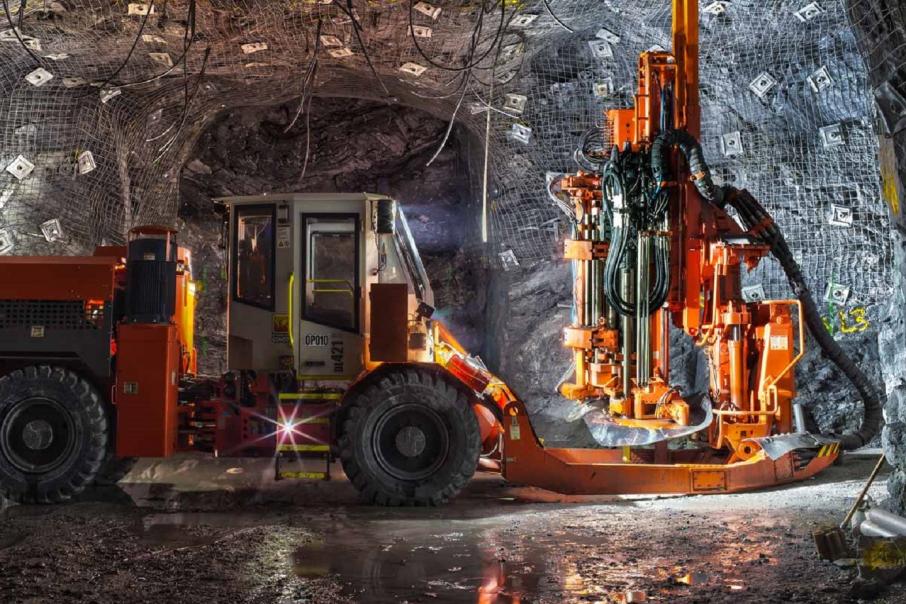 Wiluna Mining Corporation’s ongoing drilling campaign has delivered a massive 142 per cent increase in the contained gold within company’s mineable underground ore reserves. Development drilling has rapidly built the Wiluna’s underground inventory across the site, which now tips the scales at 4.33 million tonnes at 4.74 grams per tonne for over 660,000 ounces of gold.

The pieces of the puzzle appear to now be falling into place for Wiluna Mining at its namesake operation whose previous underground reserve was sitting at 1.78 million tonnes at 4.77 g/t gold in the 2020 reserve statement before the upgrade.

The enormous growth in underground reserves at Wiluna is timely as the company moves to transition from open pit to exclusively underground mining operations that are set to underpin the company’s Stage 1 expansion strategy. The developing mine schedule will result in the processing of both free-milling and sulphide ores to produce both gold dore and a sulphide concentrate product.

Wiluna’s aim is to ramp up production from around 60,000 ounces of gold per annum to more than 100,000 ounces per annum over the course of the coming financial year.

Wiluna Mining Corporation Executive Chairman, Milan Jerkovic said: "This Ore Reserve is sufficient to support a +5 year operation at 750ktpa Stage 1 processing rates and provides a sound base upon which to further develop the Mineral Resources and Ore Reserves for the long-life operation we expect Wiluna to be.”

“The potential for extensions to known Mineral Resources at Wiluna is considerable and so we will continue to maintain the momentum we have built to methodically infill drill the significant gaps between defined lodes, upgrade Inferred mineralization to Indicated or better and to plan for a productive and low-cost mining operation.”

“Our 2021 drilling program will continue to target infilling the Mineral Resources, particularly in the Happy Jack, Bulletin and Essex areas with the intention to add 500koz to the Ore Reserve base for inclusion in the Stage 2 Feasibility Study.”

In addition to drilling out an ever-increasing inventory of underground resources, Wiluna has undertaken a critical review of potential open pit resources and perhaps the cheapest ore source of all, stockpiled ore that is just sitting at surface.

Management has identified around a million tonnes of ore grading around 2 g/t in the old Williamson, Golden Age and Squib open pits, in addition to nearly 800,000 tonnes of surface stockpiles grading 1.19 g/t gold which can be readily scooped up and fed to the mill at the most opportune time.

However, development continues on another opportunity at Wiluna – the potential wealth of gold lying within the massive tailings’ dams at the operation, known as the “Wiltails” project.

Tailings are produced as a waste product from the milling of the ores at most mines and nearly always contain small quantities of the metal being processed at the operation due to the limitations of the metallurgical processes at the time. However, technologies change and processing flowsheets become refined allowing more and more of the metals to be economically extracted from the ores and old tailings.

In the case of Wiluna, the modern tailings facilities date back to the 1980s and contain a considerable resource of low-grade gold – 31.64 million tonnes grading at 0.62 g/t gold to be exact.

This low-grade tailings feed can be cheaply mined and with the aid of modern metallurgy and processing technology, Wiluna believes it can crack the tails nut. The company is now looking at potentially making a few additions to its processing circuit to extract these resources under its “Wiltails” program, potentially adding welcome ounces to its growing annual production target, with a resource of over 658,000 ounces of gold up for grabs.

Whilst not overly common, the reprocessing of tailings isn’t something new. The massive Kaltails operation near Kalgoorlie’s Superpit delivered over 695,000 ounces of gold into Kalgoorlie Consolidated Gold Mines coffers over the course of a decade in the 1990’s from tailings. The Kaltails hydraulic mining operation processed over 60 million tonnes of tailings during the life of mine before the site became depleted in late 1999, potentially providing a blueprint for Wiluna’s operation in the coming years.

A more recent example of this style of operation is the New Century operation in Queensland where that company is successfully extracting zinc from the tailings from the Century mine. New Century delivers 500,000 tonnes of zinc concentrate per annum and has propelled the company from little more than a concept in 2017 to one of the world’s top zinc producers today.

Wiluna Mining is emerging as one of the turn-around stories of the 2020’s as its Stage 1 expansion program comes into play, underpinned by its growing gold resources, with the company now also examining the smorgasbord of opportunities that the 7-million-ounce Wiluna goldfield presents for production in the years ahead.