Respected Florida based US research house Redchip, has re-rated ASX listed cancer drug hopeful Pharmaust at 35c a share, almost triple its current share price. The total Net Present Value calculated by Redchip for Pharmaust out to 2030 is $56.5m, considerably higher than Pharmaust’s current market cap that hovers between $10m and around $12m. 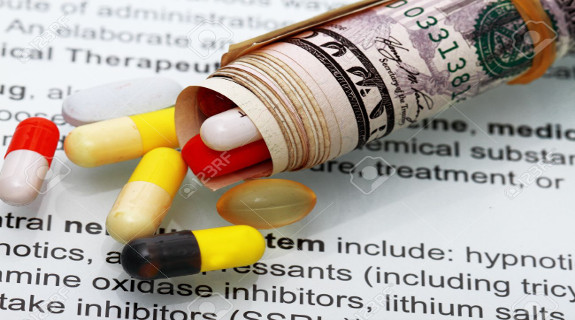 The 35c price target is based on Redchip’s predictions for forward earnings from Pharmaust and its subsidiaries expressed as a Net Present Value (NPV) taking into account the time value of money.

Redchip has produced a series of Net Present Value calculations for Pharmaust’s various anti-cancer drug and research products based on a discount rate of up to 13%.

The total Net Present Value calculated for the company out to 2030 is $56.5m, considerably higher than Pharmaust’s current market cap that hovers between $10m and around $12m.

Redchip says it expects the company to have around 163m shares on issue by 2030 and that a 35c price target is reasonable considering the $56.5m NPV.

They expect the majority of that value to be created from Pharmaust’s very promising anti-cancer drug known as “Monepantel” which is expected to take a sizeable portion of the $60m-$90m a year Esophageal Cancer market each year.

Pharmaust’s NPV for this market is predicted by Redchip to be $34.7m

Monepantel has also enjoyed significant trial success in the dog cancer market and Redchip have booked a $10m NPV for Pharmaust in this market place.

The company has also been developing two additional anti-cancer products and Redchip have also calculated NPV valuations for both products.

The first is designed to clear “mucin” from cancerous tumors. The removal of mucin sensitizes highly resistant cancers to chemotherapy and Redchip have conservatively allocated an NPV of just $1.8m to this product.

The second product, known as “ABZ” is a drug reformulation currently used to treat a variety of parasitic worm infestations. PAA is developing ABZ to treat a build up of fluid which distends the abdomen and reduces life expectancy. Approximately 10% of abdominal cancers are effected by this condition which is most common in abdominal, breast, colon, ovarian, and uterine cancers.

Redchip have calculated an NPV of $2.5m for the ABZ product.

Pharmaust’s wholly owned third party research subsidiary Epichem, which houses multiple PHD’s in its brand new Perth lab is expected to increase its revenue’s from around $2.5m this year to $10m by 2020.

Redchip have allocated an NPV of $8.1m for Epichem.

Of significant interest is the peer comparison carried out by Redchip where they have compared Pharmaust’s market cap to that of 6 other companies that are also in early-stage trials focusing on advanced solid tumor and metastatic cancers.

The market cap comparison for Pharmaust and its peers is as follows :

Redchip says that Pharmaust’s business model of taking existing drugs that have been approved for alternative uses and reformulating them for certain cancer treatments will save significant money and time in getting them approved for Cancer uses given that they have already been through approval processes of some description.

Redchip point to the significant success experienced by Pharmaust in trials of its drugs to date in mice, dogs and then humans with recognizable reductions in cancer markers evident during all trials to suggest that Pharmaust might be one of the few biotech’s to actually commercialize thereby realizing Redchip's NPV calculations.