The new US administration is expected to take a more traditional role in its dealings with allies. 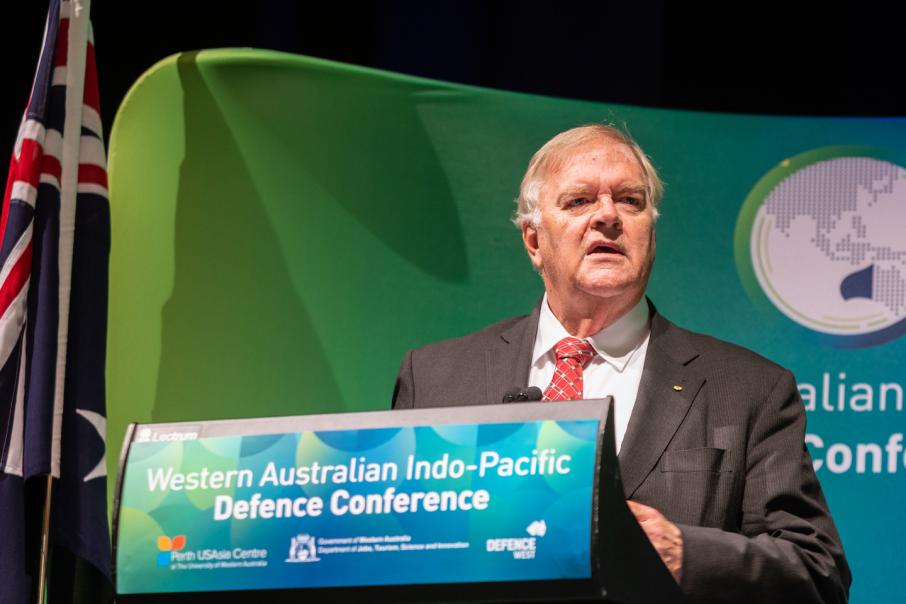 Kim Beazley says the incoming US president has a significant number of pressing domestic issues to deal with. Photo: Gabriel Oliveira

The transition in the US from the Trump administration to that of Joe Biden provides an opportunity to reflect on the US-Australia relationship, with particular focus on the future impact on Australia’s defence sector.

The relationship between Australia and the US is crucially important to both parties, particularly in light of continuing tensions in the region.

Western Australia’s governor, and former ambassador to the US, Kim Beazley, describes the relationship as absolutely critical, albeit somewhat paradoxically.

“What we aim at is self-reliance, and if you can look after yourself you are the best ally to have because you won’t impose on the ally in defending you,” Mr Beazley says.

“However, we have a modest population and large land mass, and we therefore really rely on the intelligence, communications, surveillance capabilities of the US or collaborations with them, which gives us a total picture of our zone for effective battle management.

“Having achieved that, then we would expect to do what we need to do within it to look after ourselves.”

Within that context, the impact of four years of an ‘America-first’ agenda and its implications for global leadership under Donald Trump would appear at first glance to be deeply damaging.

However, this is not necessarily so, according to Perth US Asia Centre chief executive Gordon Flake.

“There is no denying that the last four years have been a disaster for the US reputation around the globe, and not just with adversaries but also with allies,” Professor Flake said.

“Australia has handled this better than any other country and is therefore less impacted than others. This is because of the close relationship between the nations in defence and intelligence, where sharing and analysing information occurs independently of politics.”

This view is echoed by Mr Beazley.

“Trump does not respect multilateral relationships. He has actually made life rather difficult for good friends, although less impossible for us than others who are much closer to potential zones of danger,” Mr Beazley said.

“His impact on us has been pretty small. While he holds quizzical views of traditional allied relationships, our people have concentrated on maintaining relationships with the commonsense portions of the US establishment, and that has served us very well.”

Under President Biden, it is expected the emphasis on collaborating with the US establishment will remain vitally important.

Mr Beazley said that, as US vice-president under Barack Obama, [now-President] Biden would have shared the view that China was a competitor, not an opponent.

However, the international landscape was vastly different now than even four years ago, Mr Beazley added.

“What will test President Biden is bandwidth,” he said.

“The man has the world coming down on his shoulders, while the domestic situation in the US is nearly impossible.

“Australia’s leaders need to be aware that, whatever we think and the importance we assign to the Indo-Pacific region, these are not [Mr] Biden’s main problems.

“He has a raft of issues that need addressing domestically, and he has a propensity to a domestic agenda anyway. While he is doing that, there will be work done by the excellent team he is appointing, to the National Security Council, Pentagon, Central Intelligence Agency, State Department, Intelligence Services and so on.”

Professor Flake said the challenge for Mr Biden would be to reassure allies.

“The US will be a better place after the transition than before, because the Biden team is full of incoming specialists with relevant expertise and a longstanding practice of engagement with allies,” he said.

These expert views indicate that the Australian and US relationship is a partnership that goes well beyond politics.

As Mr Beazley suggested, Australia is a “useful muse” in helping the US with the problems it faced and how best to achieve shared objectives in the region.

What is also clear is that the relationship is crucial and enduring, and that the pursuit of self-reliance is a method of strengthening the allied relationship, not detracting from it.

In identifying that continued growth in self-reliance as a desired outcome, Australia must ensure both its policies and processes are aligned to this objective.

For Australian businesses, and particularly the Australian defence sector, it is vitally important that capability and technology is developed with this context in mind.

The pursuit of further self-reliance presents a tremendous challenge and opportunity to the Australian defence industry in the years ahead. It is a challenge that the industry is ready to accept.