One of Australia’s best known winemaking families, the Oatley Wine Group, will open a cellar door in the Margaret River region, part of what’s believed to be the largest value sale ever for a winery in Western Australia. 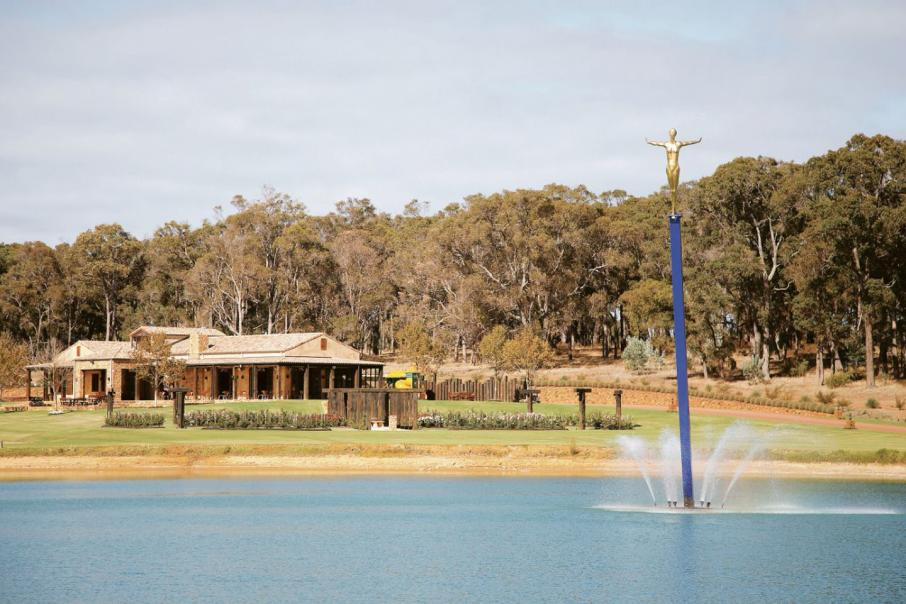 Laurance Wines' famous 'chick-on-a-stick' sculpture has been an attraction for Margaret River region visitors since 2001.

One of Australia’s best known winemaking families, the Oatley Wine Group, will open a cellar door in the Margaret River region, part of what’s believed to be the largest value sale ever for a winery in Western Australia.

The winery – Laurance Wines – has been sold to a US-based investor, reportedly New York-based real estate developer, philanthropist and wine enthusiast Howard Milstein, in a deal worth $20 million.

Part of the Laurance property will be leased to the Oatley family, with another part of the estate to go to local winemaker Larry Cherubino Wines.

ACTON South West director Brian Moulton brokered the deal on behalf of Dianne Laurance, who established the winery in 2001.

Mr Moulton said he believed the deal to be the highest value vineyard sale of all time in the Margaret River region.

“We sold Clairault six years ago for $16 million, but there’s been nothing beyond that that I’m aware of,” Mr Moulton told Business News.

He said it was encouraging for the region as a whole that a prominent US-based investor had seen value in the Laurance estate.

“It smells better, it feels better, there are certainly a lot of people chasing fruit and chasing contracts – I haven’t seen that for about 10 or 12 years – but it’s still tough.”

The entrance of the Oatley family to the region, Mr Moulton said, was a major fillip, with the group’s labels, including Wild Oats, Robert Oatley, pocketwatch and Four in Hand, some of Australia’s most heralded.

“They’ve been taking fruit to create their own wine for some time, and they had been looking for a presence for around two or three years,” he said.

“We hadn’t been able to find them anything but now they have a presence and they’ve got a position to operate from.”

“We’ve gotten close but haven’t quite been able to get a deal yet,” he said.

“We get an awful lot of enquiry out of China, but in recent times there have been very few Chinese purchasers, it’s been Singaporean and obviously out of America now, that’s where it’s coming from.”