One of the US’s biggest players in commercial property is using Perth as a launchpad to building a presence across Australia and the Asia-Pacific, establishing an alliance with local agency Vicus Property Group to underpin its plan. 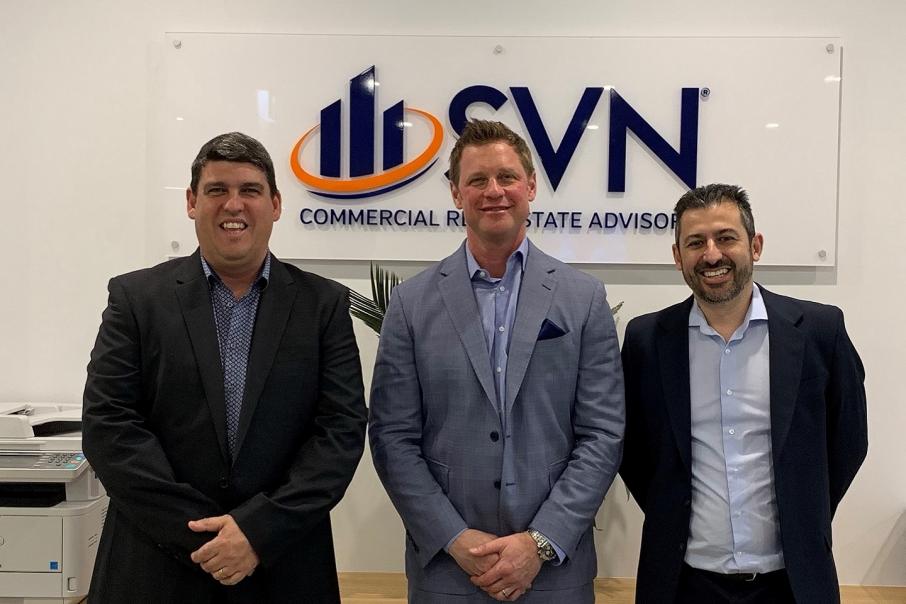 One of the US’s biggest players in commercial property is using Perth as a launchpad to building a presence across Australia and the Asia-Pacific, establishing an alliance with local agency Vicus Property Group to underpin its plan.

Commercial agency SVN, which sold $US12 billion in assets in its home market in 2018 and has more offices in the US than any other firm, is planning to establish a base in each of Australia’s capital cities within two years, with its first move an outpost in Perth offering a full suite of commercial property services.

Once the Australian market is cornered, SVN plans to expand its services throughout the Asia-Pacific.

Vicus Property Group will rebrand as SVN under a partnership arrangement, which will underpin the local firm’s national and Asian growth ambitions, according to managing director Joseph Rapanaro.

“We have been going for about 15 years and we are looking to take the next step in our business in terms of getting a national presence and an international one,” said Mr Rapanaro, who formed a managing partnership with Gianni Redolatti in 2007.

“SVN came up on our radar as something that’s not in Australia but is very aggressive in terms of looking at worldwide expansion, and they have a lot of systems and training programs that we are looking to avail ourselves of.”

Mr Rapanaro told Business News SVN Perth would launch a recruitment drive to bolster its sales and leasing staff, with the tie-up expected to generate a considerable amount of work for the firm.

“SVN in the US does business with all of the major institutions and groups and we are looking to leverage that,” Mr Rapanaro said.

“There will be different leads and different opportunities that are sourced because of this, and we will need more staff in order to make the most of those opportunities.”

SVN president and chief executive Kevin Maggiacomo, in Perth this month to celebrate the partnership, said the expansion was designed for the firm to obtain a bigger share of the approximate $US1 trillion in commercial sales transactions internationally.

“As levels of transparency from country to country increase, so does sales volume and cross-border trading activity, either in search of yields – return on investment – or placing money in safer harbours or more stable economies.”

Mr Maggiacomo said SVN had been attracted to partner with Vicus and establish itself in Perth over other markets because of shared core values between the two companies.

“In many respects, given the Chinese influence in Australia, we would have entered Asia first, however, what we were drawn to and why we chose Australia first was the opportunity to partner with two entrepreneurs who have the capability and the talent to execute against an aggressive plan to develop the SVN brand in Australia,” he said.

“We focused on people, we focused on the human capital in terms of homing in on a partner, as opposed to the size of the market.

“Not just in Australia but in any market, a city or a market with great potential, coupled with the wrong partner who can’t execute or doesn’t have the balance sheet or the resources to do so, is something that you can’t get out from under.

“We found a cultural fit with two time-tested, proven, successful entrepreneurs, who have built and exited organisations in the past.

“So we chose to align ourselves based on that as a focus, and not the market size.”