Aquabotix has been awarded USD$78,000 from the US Navy to develop an unexploded ordnance detection solution that will be used to detect, locate and neutralise unexploded subsea ordnance. The company will incorporate the solution into its “SwarmDiver” miniature submarine drones or other unmanned underwater vehicles as it seriously strengthens its ties with one of the world’s most powerful militaries. 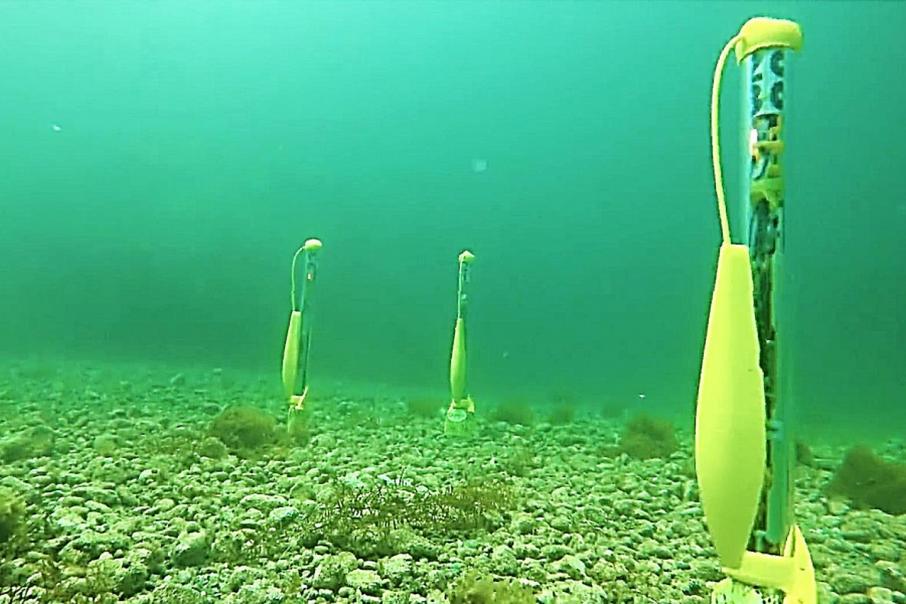 In a sign that Aquabotix is serious about entering and dominating the underwater military drone market, the United States Naval Undersea Warfare Center will fund the Australian listed company to deliver a solution supporting unexploded ordnance detection missions.

Notably the USD$78,000 provided by the Undersea Warfare Center was committed just a month after Aquabotix started talks with them.

Once developed, the new technology solution will be incorporated into Aquabotix’s key “SwarmDiver” miniature submarine drones or other unmanned underwater vehicles to support unexploded ordnance detection missions by the US Navy and allied forces.

Unexploded ordnance pose a risk of detonation even after several decades and can be found in shallow waters around the globe.

A Texas A & M University study estimated there are over 13.6 million kilograms of ordnance just in the Gulf of Mexico alone.

However, current methods of detecting, locating and neutralising unexploded ordnance are time consuming and expensive to conduct.

The company said in an ASX update this week that its ability to offer a recoverable solution at a “disposables” price point would be a substantial and attractive point of difference for end-users.

A group of SwarmDivers can be operated as one giant synchronized unit by a single surface operator.

In addition to detecting and neutralising unexploded ordnance, the company is actively pursuing multiple opportunities for a range of uses and modifications for its SwarmDiver product.

Aquabotix CEO Whitney Million said: “Governmental procurement processes can take extended periods of time, yet NUWC obligated the funds within one month after we started our discussions about the issue with them.”

“Aquabotix’s products are the platform for the solution to this immediate military need, and we look forward to this first phase of our co-operation with the Navy, and to fully productising our solution in a range of versions tailored for different uses.”

Earlier this month, the company signed a special purpose cooperative research and development agreement with the Naval Undersea Warfare Center.

This gives Aquabotix access to the Narragansett Bay Military test facility – including its ranges and personnel - to test and demonstrate the company’s  miniature submarine drones and other relevant technologies.

In April, the US Navy said unmanned systems were going to be an integral part of its hardware mix going forward, which places Aquabotix in the box seat as the company slowly but surely increases its ties with one of the world’s most powerful militaries.