Tyranna Resources has identified a number of cobalt and base metal targets that indicate the potential for a much larger mineralised system around the historic Whale mine at its Goodsprings project near Las Vegas, Nevada. Some areas have coincident geochemical responses and are considered to be high priority targets. The company plans to carry out a drilling campaign later this year. 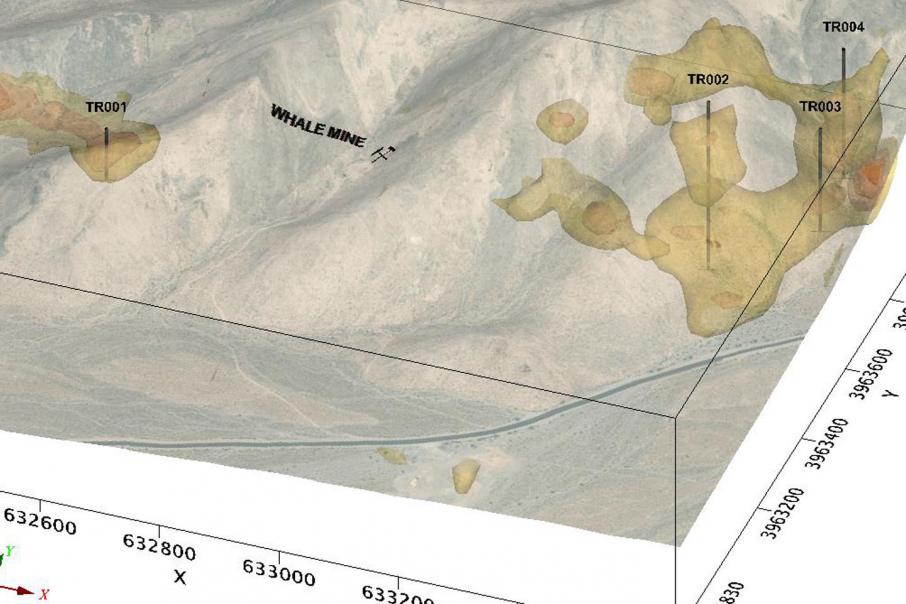 Tyranna Resources has identified a number of cobalt and base metal targets at its Goodsprings project near Las Vegas, Nevada, which indicate the potential for a much larger mineralised system around the historic Whale mine.

Results from the 3D induced polarisation survey, which is amongst the first use of modern exploration techniques around the historical workings, identified chargeable zones that could represent mineralised extensions of the mine.

Management said the targets range in depth from 50m to 300m below surface and that some of the chargeable zones have coincident geochemical responses and are hence considered high priority targets.

Tyranna now plans to site the drill locations and plan for a drilling campaign later this year.

Managing Director Bruno Seneque said: “Given the nature of historical cobalt mining at Whale, we are highly encouraged by the results from this survey which indicates a much larger system than the old miners tapped.”

“They pulled out very high grade cobalt from near surface. We have modern techniques to look deeper and broader to find the bulk system origin of their successful mining.”

“We will now use the IP results to target drill sites to test the extent of the mineralisation for its grade and scale as we advance our schedule for the Goodsprings Project which we believe has significant upside for Tyranna.”

It is located in the historic Goodsprings Mining District that contains numerous copper, zinc, lead, gold and cobalt mines.

Cobalt oxide is found in the wall rock of nearly every copper deposit in the district and about 20 tons of cobalt rich ore assaying between 6% and 29% cobalt was shipped from four separate copper mines to processing facilities in the region during the early 1920s.