Tyranna Resources has completed a review of a restart study that confirms the potential to generate $2.6m in positive cash flow through an early mining opportunity at its Eureka gold project near Kalgoorlie. The project is expected to have capital costs of between $600,000 and $700,000 and will mine 60,500 tonnes of ore to produce 4057 ounces of gold at a diluted grade of 2.1g/t over two months. 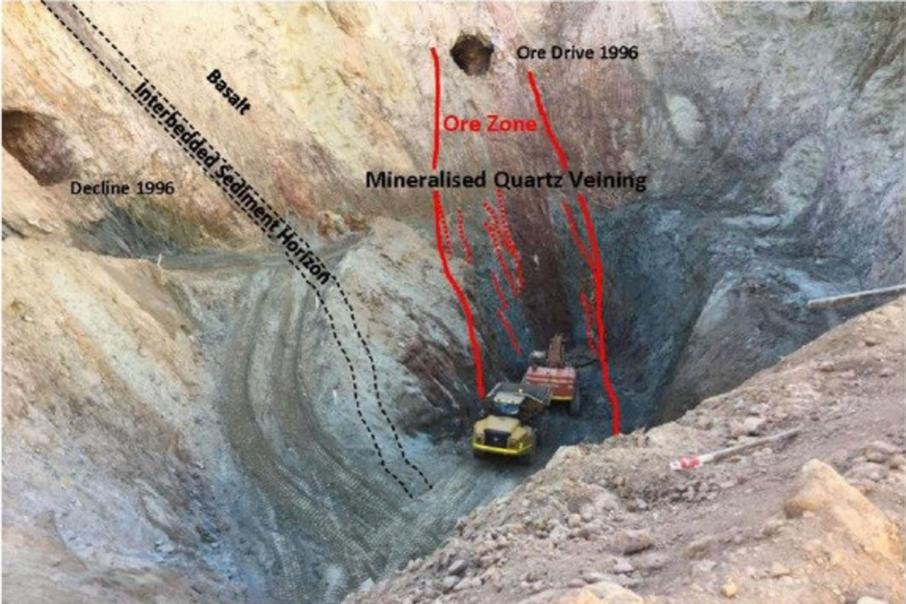 Mining consultant firm Entech has completed a review of a restart study at the company’s wholly-owned Eureka gold project near Kalgoorlie that confirms the potential for a viable cash flow positive mining operation.

The study proposes the mining of about 60,500 tonnes of ore via shallow open pit mining and an adit into the north pit wall to produce 4057 ounces of gold at a diluted grade of 2.1 grams per tonne over two months.

Management said the ore would be milled at a nearby processing facility that is expected to achieve 96% metallurgical recovery.

This early mining project is expected to generate positive cash flow of about $2.6 million at a gold price of $1800 per ounce whilst capital costs are estimated at between $600,000 and $700,000.

Proceeds will be used to further exploration at Eureka to test extensions to the south and at depth.

Tyranna said that funding options are currently being reviewed with a preference for minimal or no shareholder dilution.

The company will now seek to fast track mining approvals, contractor appointment and finalisation of an offtake agreement.

Managing Director Bruno Seneque said: “The results of the mining study as an early mining opportunity demonstrates the potential to generate good free positive cash flow for the business with minimal upfront capital delivering a very good cash margin over a short period.”

“We plan to generate cash flow to self-fund exploration to grow our assets at Eureka with minimal shareholder dilution.”

“Plans are underway to secure a funding solution that will enable Tyranna to commence mining at Eureka and in the meantime, mining approvals will be fast-tracked, mining and haulage contractors appointed, and negotiations with the preferred toll treater will be concluded.”

Eureka is located 50km north of Kalgoorlie and hosts a JORC-compliant mineral resource estimate of 762,000 tonnes grading 1.8 g/t for 43,100 ounces of contained gold based purely on exploration in the immediate pit area.

It is an old open cut that was operated on a small scale many years ago though previous mining only exploited near-surface ore without proper evaluation of the underground potential.

More recently, a tribute arrangement under Eureka’s previous owners resulted in the mining of 53,000 tonnes @ 3.3g/t for production of about 5,400 ounces of gold between October 2017 and April 2018.

The mine’s location within the same geological sequences that host the Mt Pleasant gold camp, where deposits have been mined underground to significant depths, provides a tantalising hint that mining to date may have only scratched at Eureka’s real potential.

The Quarters, Golden Kilometre and Homestead mines have all produced several hundred thousand ounces of gold each to significant depth within the same mineralised trend, which provides the blue-sky exploration upside that Tyranna is looking for at Eureka.