Twenty Seven Co could be set to join the white-hot lithium market after early visual results identified the presence of pegmatites with evidence of lithium, tin and copper mineralisation at its Trident project near Broken Hill in New South Wales. The results compliment historical geochemical sampling which included a stellar 7.63 per cent lithium oxide sample. The company is now awaiting assay results from rock chips collected from those pegmatites. 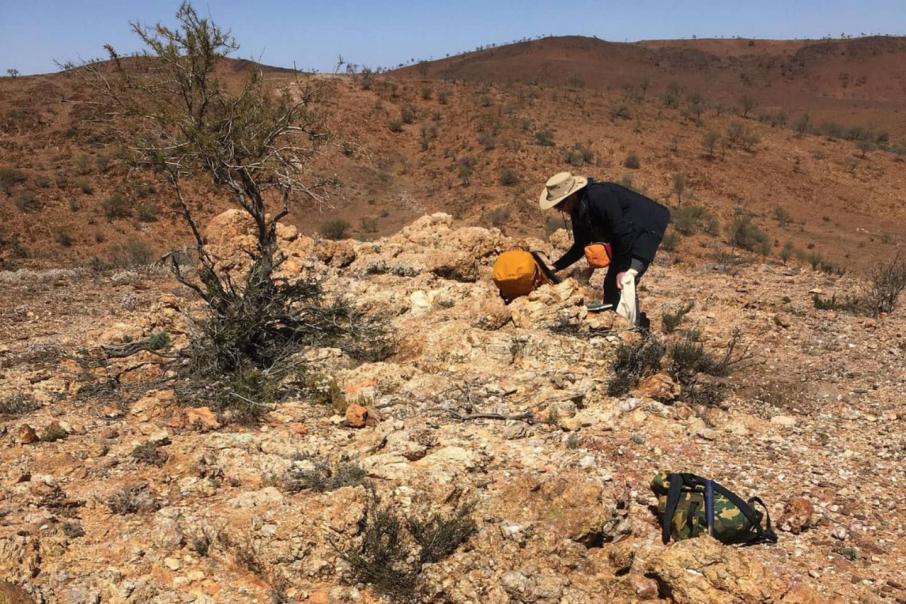 ASX-listed Twenty Seven Co could be set to join the white-hot lithium market after early visual results identified the presence of pegmatites with evidence of lithium, tin and copper mineralisation at its 100 per cent owned Trident project near Broken Hill in New South Wales. The results compliment historical geochemical sampling which included a stellar 7.63 per cent lithium oxide sample. The company is now eagerly awaiting assay results from the collection of rock chips at the project.

Management says the initial rock chip sampling program was completed across the most prospective anomalies in the Trident project area and lithium, caesium, tantalum, nobium and tin were visually identified by Trident’s field crew.

A total of 152 samples were collected from the northern portion of the tenement and were subsequently sent for a full analysis with assay results anticipated for late November or early December.

Twenty Seven Co says it has also completed a historical review of copper workings from the central and southern portion of the Trident license area.

Chief Executive Officer, Simon Phillips said:“We are pleased with the initial observations from our first round of sampling at Trident, which so far validates encouraging historical results and supports our belief that Trident has very clear potential to host lithium-bearing pegmatites. In addition to the presence of lithium and tin, our team has also reported evidence of copper mineralisation in the form of malachite and azurite which is very encouraging.”

"The Trident Project remains significantly underexplored and continues to shape as an exciting opportunity for TSC, and we look forward to providing regular updates on exploration progress over the coming months.”

The lithium, tin, caesium and tantalum or LCT pegmatites found at Trident were sampled by previous explorers and lithium was found in both amblygonite and lepidolite, two key minerals in lithium mining.

Interestingly LCT pegmatites are responsible for numerous significant lithium deposits including the revered Greenbushes mine in Western Australia which has delivered over 133 million tonnes at 2.1 per cent lithium.

Over the past year the price of battery grade lithium carbonate has soared over 300 per cent, driven by high demand for electric vehicles.

Remarkably, Lithium producer Albemarle recently announced it had sold all its inventory for the year.

According to accounting firm Deloitte, production challenges from key producers are likely to contribute to sustained lithium price growth.

Twenty Seven Co’s foray into lithium is looking like it might be exquisitely timed and the company will no doubt be eagerly awaiting assay results from its rock chip samples at Trident – and if they even come close to replicating the grades of the historical samples from the project, it will be game on for Twenty Seven Co.