Turnbull’s coming for your hard-earned 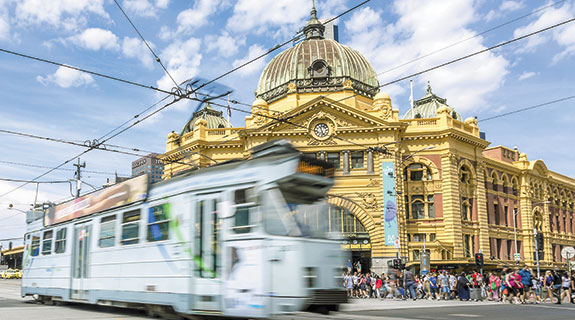 BIG PICTURE: The PM has assumed overall control of his government’s cities policy, which could cost in the billions of dollars. Photo: iStockphoto/Onfokus

Not only has his polling pointed skywards, opposition leader Bill Shorten’s numbers have moved alarmingly in the opposite direction.

Understandably this has led some commentators to consider how Mr Shorten could be sidelined despite Labor, at Kevin Rudd’s urging, having adopted a formula that makes the leader virtually immovable between elections.

Labor frontbencher and potential leader, Jason Clare, concedes Mr Turnbull has scored well but cautions that this “might change when he actually does something”.

“He hasn’t done anything yet, being prime minister requires you to make some tough decisions … and reality will bite over the next few months leading up to the budget,” Mr Clare said.

True, Mr Turnbull has been talking the talk, but still hasn’t walked the walk.

And there are signs the rosy Turnbull days could end sooner than expected.

“Who on earth is actually responsible for cities policy in your government?”

Important to note here is the fact that Mr Turnbull has created a ministry called, Cities and Urban Environment, which Mr Briggs oversees on a day-to-day basis.

“I thank the honourable member for his question,” Mr Turnbull said.

“I have to record my disappointment that the question was not the question I have been urging him to ask me; he has been threatening to ask me about that golden age in telecommunications – was it 60 days? – when the honourable member was minister for communications, when Kevin Rudd came back, like Napoleon from Elba, but with Albo by his side as his communications minister.

“There was a chance the NBN could have been sorted out, but he did not have enough time, and we were left in ‘Conrovia’.

“Turning to cities, the honourable member has run through the ministers that are involved in cities policy, but it actually goes further than that.

“Can I tell you that cities policy permeates every aspect of the government.

“The fact of the matter is that the person that is in charge – and the honorable member has got some aspirations in this regard, I believe – is the prime minister.”

So Mr Turnbull has assigned to himself oversight, at least, of ‘city policy [that] permeates every aspect of government’.

That’s a big extra workload for someone who, as prime minister, already has a big workload.

Hopefully there’s enough time, and money, for responsibilities such as defence and homeland security, both crucially important in these increasingly dangerous times.

While on defence, it’s noteworthy that, already under Mr Turnbull, the multi-billion dollar submarine program has, without explanation, been cut to eight units from the intended 12 nominated by the Rudd government in 2009.

And surely the enormous national debt remains a most-pressing issue.

None of this is surprising, for as this column has highlighted, Mr Turnbull is an unreconstructed Whitlamite.

The hallmark of Whiltam-influenced policies is an ever-greater Canberra centralism, with increasing duplication and interference in state and local government affairs, via that growing leviathan, the Department of Urban and Regional Development.

The signs are already there, suggesting we’re destined to relive those big spending, big taxing, and centralising days, with Mr Whitlam’s longtime and most ardent admirer now leading the Liberal Party.

Unfortunately we still have little firm evidence on Mr Turnbull’s intentions regarding changes to the tax system, although a snippet emerged recently.

The week after telling Mr Albanese that he, not Mr Briggs, was really minister for cities and urban environment, Mr Turnbull gave this hint in an interview with The Sydney Morning Herald when he declared, “I am by nature a reformer”. Let’s not forget, this was precisely how Mr Whitlam viewed himself.

The SMH report also carried this important paragraph: “The prime minister used a wide-ranging newspaper interview, his first since taking the reins in September, to set out his priorities, which include a ‘bigger tax base’ but with lower rates, [and] an expanded role for Canberra in nation building … ”

My political reporting and commentating years have taught me one unmistakeable verity – whenever politicians tamper with taxation, they’re out to boost revenue, generally for costly hobby-horse projects, such as involvement in ‘cities and urban environment’ or so-called ‘nation building’.

That being so, there’s little doubt what Mr Turnbull’s “bigger tax base but with lower rates [and] an expanded role for Canberra in national building” means.

So watch your wallet and assets; they’ve already being targeted.