The Nationals may have corralled Malcolm Turnbull on some of his pet issues, but the new PM has a clear infrastructure agenda. 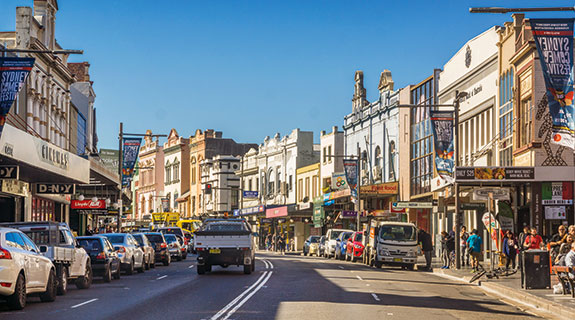 CREATIVE: Inner-city areas will be a focus for the Turnbull government. iStockphoto/Kokkai Ng

The Nationals may have corralled Malcolm Turnbull on some of his pet issues, but the new PM has a clear infrastructure agenda.

Not long after Malcolm Turnbull prised the prime ministership from Tony Abbott’s grasp, reports emerged that the Nationals sought (and secured) a written agreement setting out policy areas that would be legislative no-go zones for the new coalition leader.

That stricture led me to contact one of my best Canberra sources, who said there were, in fact, two agreements between the Nationals and Mr Turnbull.

The first was the standard one the Nationals present all new Liberal prime ministers, which ensures their leader is designated deputy prime minister.

In the deal with Mr Turnbull, however, a second was presented for concurrence, which sought undertakings covering such matters as a tax on CO2, a gay marriage plebiscite, and so on.

My contact stressed this shouldn’t be seen as the Nationals setting out to totally inhibit the man who’d lost Liberal leadership in 2009, in part because of his proclivity to stray from the conservative form guide.

“True, the Nats have erected a fence around Malcolm, but there’s plenty of room in the paddock for him to trot around,” the informant added.

And it wasn’t long before that was confirmed, with Mr Turnbull’s decision to create a Ministry for Cities and the Built Environment, which one observer said meant the “ending of Abbott’s focus on roads and reluctance to invest in rail”.

Those dozen words mean that, as time passes, we’ll see billions of Canberra dollars directed at state capitals, with most of the cash earmarked for Sydney, especially, and Melbourne, since they have most of the seats in the House of Representatives.

Strangely, there’s been hardly any comment about this potentially big-spending new bureaucracy.

And no-one has yet outlined what Mr Turnbull’s new ministry plans to achieve, and where the money will come from in what’s likely to be a constrained fiscal period ahead.

That prompted me to speak to another knowledgeable east coast contact, who immediately drew my attention to the fact that multi-millionaire Mr Turnbull is going to great lengths to ensure he’s regularly photographed standing either by stationary tram or train carriages, or actually travelling in one.

“That’s a crucial part of his cities game plan,” the contact stressed.

This and the marrying of the words ‘cities’ and ‘built environment’ suggests the actual focus will be not so much on cities, but rather on inner-city suburbs.

What could be the origin of this inner-cities focus?

And who, if anyone, is Mr Turnbull’s inspiration for this agenda?

My contact suggested it is American academic Richard Florida, who teaches at the University of Toronto’s Rotman School of Management.

He’s viewed as a big-picture man, someone best known for defining and popularising the idea of the so-called ‘creative class’, and how those within its ranks impact upon regeneration, that is, gentrify, inner-city suburbs.

If that’s so the new ministry will be focusing not on cities but rather on the inner suburbs of Australia’s capitals – most especially Sydney and Melbourne.

In others words, the very suburbs presently dominated by Labor and Greens voters who are generally bigger earning professionals with little interest in outer suburban or inland Australia.

Could this perhaps also be a ploy to out-Labor Labor and out-Green the Greens in their urban heartlands?

“Turnbull’s focus has been on innovation, science, technology, infrastructure and cities – themes Labor has pursued,” commentator Phillip Hudson wrote in The Australian (September 28 2015).

“Florida refers to these groups collectively as the ‘creative class’.

“He posits that the creative class fosters an open, dynamic, personal and professional urban environment.

“This environment, in turn, attracts more creative people, as well as businesses and capital.

“He suggests that attracting and retaining high-quality talent versus a singular focus on projects such as sports stadiums, iconic buildings, and shopping centres, would be a better primary use of a city’s regeneration of resources for long-term prosperity.

“He has devised his own ranking systems that rate cities by a ‘Bohemian index’, a ‘Gay index’, a ‘diversity index’, and similar criteria.”

Mr Turnbull fits the ‘creative class’ mould to a t, having been a lawyer, journalist, IT company director, Goldman Sachs banker, campaigner for marginal causes like scrapping Australia’s flag, and wishing to transform Australia into a republic.

But where will the money come from?

I’d be surprised if the piggy bank for these inner-city projects isn’t filled to some degree with trimmings from the defence budget that Tony Abbott’s first defence minister, David Johnston, fought so doggedly to have boosted following those drastic Rudd-Gillard defence spending cuts.