Turnbull needs to grasp the nettle

A federal election before next year’s budget remains a possibility if the government remains boxed in on economic reform. 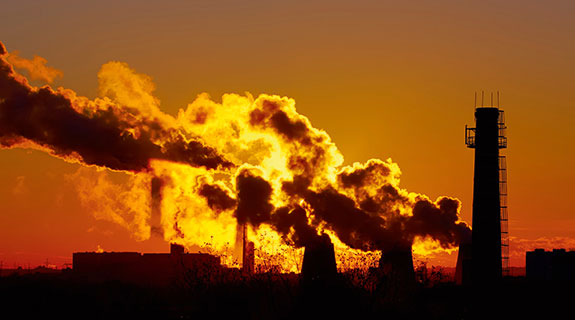 CAUTION: Booted from Liberal leadership in 2010 over his embrace of Labor’s emission trading scheme, Malcolm Turnbull seems to have learned which issues are worth picking a fight over. Photo: iStockphoto/Vasily Smirnov

A federal election before next year’s budget remains a possibility if the government remains boxed in on economic reform.

Things were looking tough on the economic front when Malcolm Turnbull took over the prime ministership on September 14.

The economy had grown just 0.2 per cent during what turned out to be the last financial quarter on Tony Abbott’s watch.

Growth in the world’s leading economy, the US, was weak, with the key indicator – labour market growth – well below expectations.

In addition, China’s President Xi Jinping, had launched the streamlining of his 3 million strong People’s Liberation Army into a ‘nimble, modern force on par with the best of the West’, which includes boosting naval and air forces.

“This structural transformation is designed to facilitate a key requirement of fighting and winning modern wars,” according to Andrew Erickson of the US Naval War College.

Whichever way one views Mr Turnbull’s first month, things cannot be deemed as being rosy on either the domestic or international fronts.

Notwithstanding such unwelcomed trends, his standing in the polls was respectable, even if not reaching the dizzy heights former adversary Kevin Rudd attained and held throughout 2008-09.

An added bonus was a prompt slump in support for his Labor adversary Bill Shorten who managed, as Mr Turnbull hastily highlighted, to lead Tony Abbott in every poll over the previous 30 months.

Unspectacular as it was, therefore, Mr Turnbull’s inaugural month was accepted by his party room backers as Mr Rudd had been during 2008-09.

There are several reasons for this, not least that he, like Mr Rudd, has the knack of talking the talk, an essential ingredient for success in politics.

The one time Mr Turnbull had faltered in this regard was in 2010, when he unilaterally committed the Liberals to embracing Labor’s CO2 emissions trading scheme, a decision that played a major part in Mr Abbott’s eventual ascendancy as then opposition leader.

Mr Turnbull has obviously learned from that ordeal, which helps explain why he’s begun reading some answers to questions from prompting notes at press conferences.

But what must surely be evident to him by now is that talking the talk eventually requires walking the walk, meaning actually making hard, unavoidable decisions of state.

If that’s now his main unspoken concern, which his front and backbenchers surely expect it to be, the question that needs asking is: what’s his game plan for the next election, due before next September.

We can take it as given he doesn’t aspire to again being Liberal leader for just 14 months, so election 2016 must be won.

How’s that to be done?

My guess is he’ll continue kicking the can down the road and avoid all tough decisions until after that election.

But it remains to be seen if Mr Turnbull can keep up the popular, non-committal and soft progressive talk for 12 more months.

Budget day is in May, and the inevitable can no longer be delayed after Mr Abbott and Joe Hockey failed to make much headway with their two budgets, the first of which attempted sizeable trimmings.

If that’s so, as all my best Canberra contacts say it definitely is, budget 2016 must confront a range of realities ignored under the governments of Mr Rudd and Julia Gillard, and which the two Abbott years couldn’t even begin fully to embrace. That means Mr Turnbull must give serious consideration to opting for a pre-May 2016 election.

Even a narrow victory would provide three clear years, (until mid-2019) of governance, meaning two budgets without an election hanging over the opportunity to attempt to fix the books.

Unfortunately for those favouring this outcome, Mr Turnbull prides himself in being what’s known in the political trade as a ‘social progressive’, short-hand for a return to mid-1970s Gough Whitlam-style big centralist spending agendas.

Unlike Mr Whitlam, however, he’s long indicated an inclination towards fiscal conservatism – smaller, not bigger, government.

Whether such contradictory commitments can be married is questionable, since social progressivism invariably demands allocation of ever more taxpayers’ dollars for an endless array of spending sprees.

I doubt this is misreading Mr Turnbull, so my money is on an election, probably March, with lots of feel-good announcements until then.

That’s unless Treasurer, Scott Morrison comes up with a tax slashing pre-election package for later in 2016 that can be marketed, like Malcolm Fraser’s 1977 ‘Fist Full of Dollars’ campaign cry.

After that’s bedded in, Mr Turnbull can go back to implementing his progressive approach to the job.