Cultural knowledge was key when a well-known Manjimup truffle supplier rebranded in readiness for Asian markets. 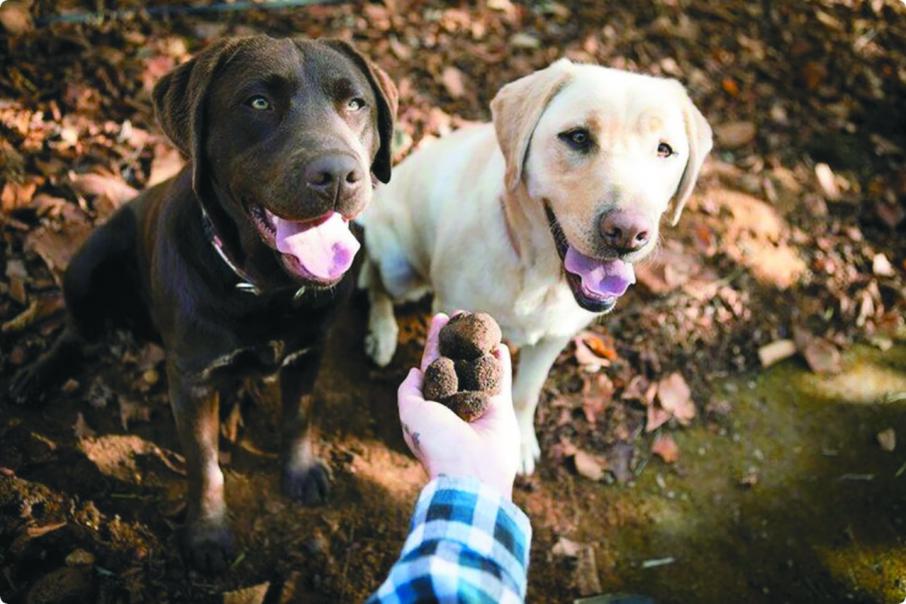 A little bit of cultural awareness and nuance can go a long way when dealing with expanding markets in Asia.

To us in the West, dogs are known as man’s best friend, and there are about 5 million dogs kept as pets in Australian homes.

That’s not the case everywhere in the world, with dogs viewed as scavengers, or even bad luck, in some parts of Asia.

In April, Manjimup-based Truffle Hill changed its name from Truffle & Wine Co, and amended its logo, which features a dog.

Mr Lowe said that, because the agribusiness used dogs to hunt for truffles, they were a big part of the brand’s story.

However, not every Asian market sees them as friendly pets, so the logo was changed to make the dog gold with a collar, indicating it was a domesticated animal.

It’s an example of how cultural understanding and market research can inform decisions for businesses planning to grow into new markets in Asia.

The business’s name change was driven by similar needs.

“We started off as the Wine and Truffle Company. You could taste our wines and truffles on the farm,” Mr Lowe said.

“Then it changed to Truffle & Wine Co as truffles became a larger part of the business.”

Mr Lowe also recognised the wine branding would not appeal to the largely Islamic markets in Indonesia, Malaysia, and the Middle East, which were among the markets high on the company’s list of potential growth opportunities.

“We’ve got Indonesia just up the road; are you going to build a brand as Truffle & Wine Co? That’s not a smart thing to be,” Mr Lowe told Business News.

“Our brand is what we promote, that’s one of the considerations of changing [the name].

“One hundred per cent of our focus is on the truffle experience.”

The business also sharpened up its website to focus more on the providence of the high-end product.

A challenge for truffle growers in Australia has been the seasonality of the fungus, which has traditionally been harvested through winter (December to February) in Europe.

In Australia, the season is June to August.

Mr Lowe said the business had worked to encourage chefs in the Northern Hemisphere to use truffle in summer cuisine.

And it has also been an impetus for finding growth markets in Asia, with success so far in Hong Kong, Macau, and other areas.

“They came to the Truffle Kerfuffle, we took them to Margaret River, we challenged them [to use] our truffles.”

That led a Vietnamese chef to develop a pho, a noodle soup dish, featuring truffles.

Perhaps uniquely for a Western Australian exporter, Mr Lowe said the company had not shipped to China because there were no export protocols for their truffles.

“China has been on our long-term radar,” he said.

Mr Lowe said about 93 per cent of Australia’s truffle exports were produced within a 25-30 kilometre radius of Seven Day Road in Manjimup.

“The environment is pristine; clean air and clean water.”

Mr Lowe said there would be more truffle supply coming online from Australia as recently planted orchards came of age.

It takes at least a decade for a truffle orchard to mature to produce an economic return from the fungus.

“That will eventually come into production; you have to think about how you grow the market,” Mr Lowe said.

“If you’re just trying to sell this product into Michelin-star restaurants in the US, that’s a finite thing.

“But if you’re able to engage with chefs using the cuisine outside normal Northern Hemisphere fare, that’s an opportunity.“