Troy on verge of production from new gold mine 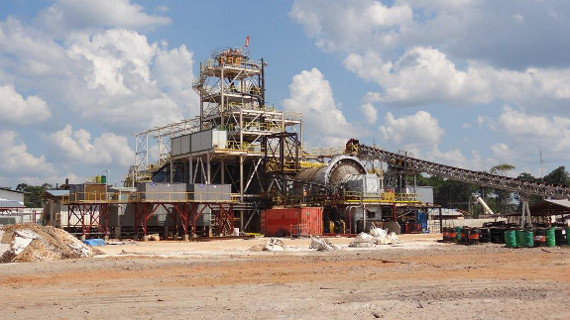 In just 9 months from project commencement to commissioning, Troy has managed to get its Karouni gold plant operational.

Karouni will be the third gold mine currently operated by Troy in South America which also includes the Andorinhas gold mine in Brazil and the Casposo mine in Argentina.

Karouni boasts over 1m ounces of gold from its mineral resource estimate with more than 60% sitting at either measured or indicated status grading anywhere from 1.7 grams per tonne up to 6 grams per tonne depending on which pit the ore is to be drawn from.

Troy is looking to produce 100 000 ounces of gold a year over its initial 3 year mine life, significantly adding to the Company’s South American gold production.

Karouni will more than fill the gap in production created by the impending closure of the company’s Andorinhas mine in Brazil.

Troy have also committed around $12m for the coming year in exploration expenditure at Karouni in an attempt to further tap the super rich Guyana Greenstone Shield Belt which hosts a number of impressive, world class gold projects.

These include the 18m ounce El Callao project, the 17m ounce Las Chrisinas project, the 10m ounce Brisas project, the 13.7m ounce Gross Rosebel project and almost a dozen other projects in the region with multi million ounce gold resources.

The Company has identified more than 30 additional targets over a 60km strike length that may also be capable of adding more mine life to the initial 3 year life at Karouni.

At an expected cost to produce per ounce of just USD$630 and with a multitude of additional targets identified, Karouni looks set to make a significant ongoing contribution to Troy Resources’ bottom line.