South American focused gold miner, Troy Resources, has crunched the numbers to upgrade the mineral resource estimate at its Karouni gold project in Guyana to a healthy 1,007, 000 ounces from 16 million tonnes grading 2.0 g/t gold. Troy is also on track to produce up to 40,000 ounces this financial year at an all-in-sustaining-cost of between US$1,450 and US$1,550 an ounce. 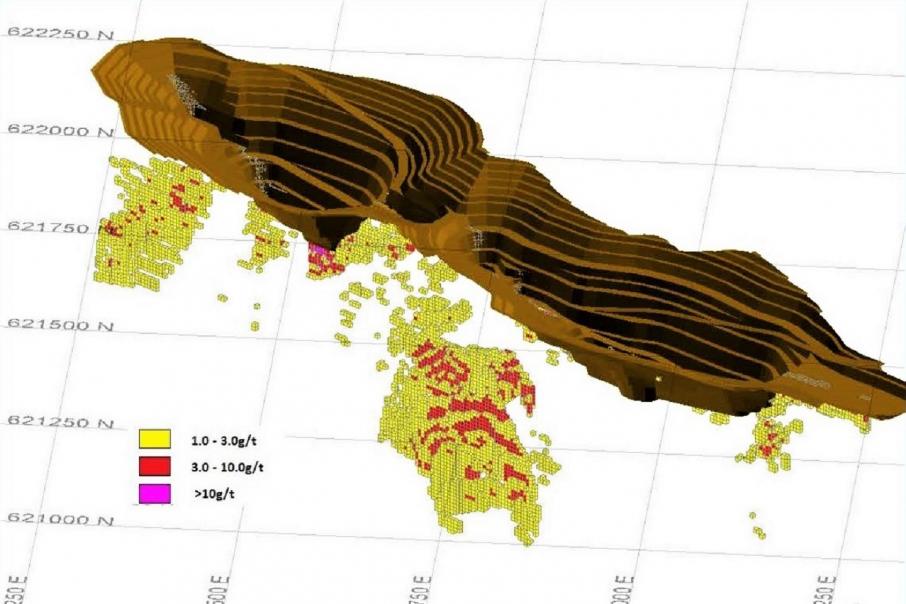 South American focused gold miner, Troy Resources, has crunched the numbers at its Karouni gold project in Guyana to upgrade its total mineral resource estimate to a healthy 1,007,000 ounces of gold from 16 million tonnes grading 2.0 g/t.  Troy also said it is on track to produce between 35,000 and 40,000 ounces of gold this financial year at an all-in-sustaining-cost of between US$1,450 and US$1,550 per ounce of gold.

Troy said the mineral resource upgrade includes an existing ore reserve of 1.1Mt at 2.1 g/t gold for 77,000 ounces however it expects the project’s ore reserve position to materially increase before the end of this year as drilling at its Smarts Underground deposit continues at pace.

The company said the current underground resource at Smarts sits at 3Mt at 3.0 g/t for 288k ounces of contained gold and it is the largest single resource amongst its bevy of ten separate deposits at Karouni.

Whilst the Smarts open pit is currently sitting idle with an existing ore reserve of 355,000 tonnes at 3.2 g/t for 36,500 ounces of gold, the company says the high-grade hits in recent drilling at Smarts Underground are likely to lead to a re-think on the future mine plans at Smarts.

Troy said one of the deepest hits to-date was a solid 10m at 10.69 g/t gold below 384m down hole and the drill rods are still turning in an effort to convert the growing mineral resource volumes there to ore reserves.

The open pit mine at Karouni has continued to produce gold since mining re-commenced in January this year, with ore being extracted from both the Hicks and Larken pits.

The company also expects infill drilling at the Goldstar prospect and RC drill testing of its Ohio Creek East soil geochemical target to get underway next month.  Troy has already completed a trial mining exercise at Ohio Creek, that showed some success with the grade holding up at close to 2 grams per tonne gold.

Interestingly, the trial mining unearthed a series of flat dipping, very high-grade quartz veins which Troy’s technical team is studying to reconcile with the inferred mineral resource of 2,2Mt at 1.9 g.t for 133,200 ounces of contained gold at Ohio Creek.