Tough times for a polarising premier 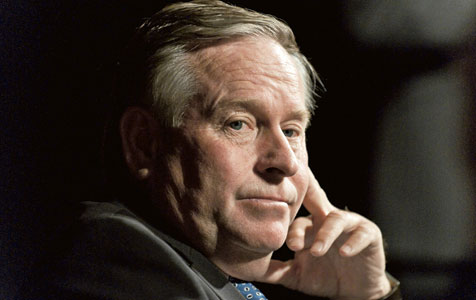 Perth media recently reignited discussion about the salaries paid to some of Premier Colin Barnett’s political and strategic advisers.

Presumably, those under discussion for their sizeable pay packets will provide wise advice that will save Mr Barnett’s political career, since it’s well on the way to imploding if he continues along his present trajectory.

Have those staffers forgotten that the parliamentary Liberal Party went to unprecedented lengths in early 2001 to ensure Mr Barnett didn’t become leader?

Clearly a sizeable number of Liberal MPs had concluded he simply wasn’t cut out to lead.

Time will tell, maybe sooner than is realised, who was correct.

For those who have forgotten, here’s how that 2001 leadership imbroglio unfolded.

Although becoming Richard Court’s deputy shortly before the Court-Hendy Cowan coalition government emerged in early 1993, Mr Barnett had gained that promotion only after his name was drawn from a hat because his opponent scored the same number of votes in the party room ballot.

Elevated to the deputy leadership by chance, he remained a polarising figure throughout the term of the government, which was defeated in 2001 by Geoff Gallop-led Labor.

With Mr Court promptly announcing his departure from politics, Mr Barnett, viewing himself as his natural successor, assumed he’d automatically snap-up the Liberal leadership. Not all agreed.

Secret moves were made to convince current federal Liberal deputy, Julie Bishop, to leave Canberra to contest Mr Court’s vacated seat of Nedlands, after which she was assured of immediate elevation to the leadership of the state party.

This overly complicated manoeuvre stalled after Barnett backers scared her off, meaning Mr Barnett would be Liberal and opposition leader between the 2001 and 2005 elections.

Those were unhappy times in the history of the Western Australian Liberal Party, ending with Mr Barnett’s infamous announcement during the 2005 campaign that he’d excavate an un-costed canal from the Kimberley to Perth.

His refusal to alert colleagues of this pharaonic master plan meant he lost what many Liberals saw as the unlosable election.

That’s why he resigned as leader after this electoral disaster and subsequently announced he’d also be leaving politics.

However things fell his way on the eve of his intended departure, just prior to the 2008 election.

As a last desperate move on the eve of election 2008 they returned to Mr Barnett to lead them into what all had expected to be another loss, though not as disastrous if disgraced and accident prone Mr Buswell remained leader.

Then, at the last minute, Labor shot itself in the foot with its leader, premier Alan Carpenter, announcing an early election – something voters generally dislike.

That decision proved to be just enough for a non-Labor government to emerge with the Nationals demanding, and getting, the go-ahead for their now notoriously costly Royalties for Regions spending sprees.

Nor has Mr Barnett shown any concern about going on his own spending and big borrowing sprees, invariably on quite needless projects like a $1.2 billion sports stadium and the $1 billion excavation of Esplanade Park and closure of Riverside Drive, which he, an ardent republican, has named Elizabeth Quay.

WA’s gross debt, which Labor’s prudent treasurer, Eric Ripper, had slashed to just $3.8 billion has already been boosted by Mr Barnett to $18 billion and is predicted to approach the $30 billion mark by mid-2017.

Some estimates predict it will be much higher thereafter.

Added to this, the premier has now taken to reneging on election and other undertakings.

For example, the state’s long-established shires are to be merged into jumbo-sized monstrosities.

And there was this month’s budget decision, later reneged upon, to withdraw public subsidies for roof-top solar panel generated electricity to save a mere $50 million, which is miniscule when set against the coming debt repayment burden Western Australians will inevitably face into the foreseeable future.

Little wonder rumours have begun surfacing that some Liberal MPs are considering giving Mr Barnett until Christmas to drop his authoritarian and secretive ways or else face the type of treatment Prime Minister Kevin Rudd endured in 2010.

What Mr Barnett and perhaps his well-remunerated staffers have forgotten is that Mr Rudd’s ousting was precisely what WA Labor inflicted upon one of its own leaders, Peter Dowding, in February 1990.

And that led to the state’s first woman premier, Carmen Lawrence, emerging.

Don’t be surprised if something similar happens once again.