The founders of a popular Korean restaurant in Karawara have curtailed their original expansion plans, despite being flooded with offers to open a number of new outlets. 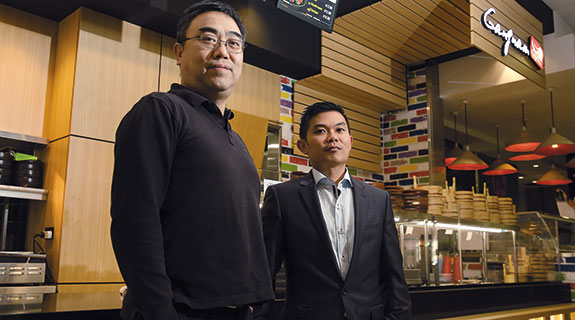 BACK IN STYLE: Raymond Loh (right) and SJ Han at their new Gangnam food court outlet in the city. Photo: Philip Gostelow

The founders of a popular Korean restaurant in Karawara have curtailed their original expansion plans, despite being flooded with offers to open a number of new outlets.

Raymond Loh and SJ Han, who opened Restaurant Gangnam in late 2013 with business partner and chef Chang Woo Park, told Business News a subdued market was eating away at their growth opportunities. 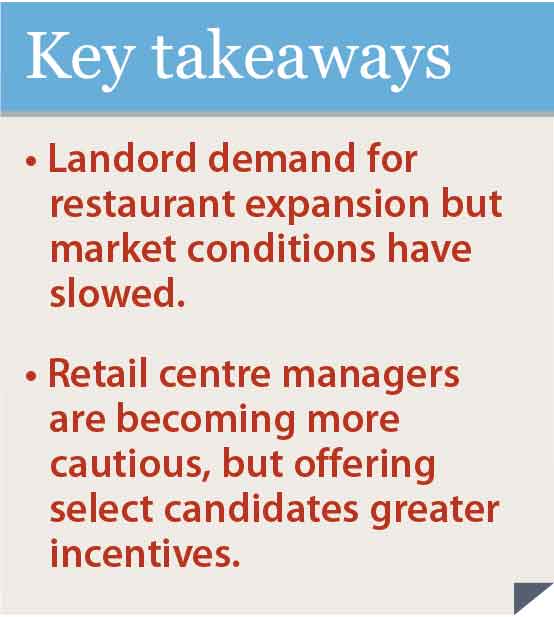 The 100-seat restaurant at Waterford Plaza showed such promise within six months of opening that property manager Lease Equity offered the opportunity for a new restaurant in another of its centres.

Despite their initial enthusiasm, however, Mr Loh said the founders gradually took a more cautious view of market conditions than their suitors; a view that has been vindicated in light of current economic conditions.
“At that time my partners were very optimistic,” Mr Loh said.

“The market was buoyant and they said we’re going to open three more (restaurants) before the end of the year. I was a bit more realistic and said maybe one more but it’s taken a bit longer than we anticipated and it’s because of market conditions.”

Two months ago the partners did open their second restaurant, but it’s a far more modest outlet than originally planned.

The second Gangnam operates in the upstairs food court of the city’s Carillon Arcade.

Mr Loh said labour costs were lower at the new location, which has three staff compared with six at the Waterford Plaza restaurant, while the fit-out was 50 per cent cheaper, at $250,000.

The city location also offers the restaurateurs a chance to build Gangnam’s profile beyond retail malls, in the hope more stores will follow in Perth’s suburbs, most likely in Mount Lawley first.

“I still want to open another one at the end of this year,” Mr Han said.

Mr Loh said while he was also keen to keep growing, he remained more conservative than his business partners.

Part of that caution has come from the performance of the new city restaurant.

Hawaiian, the manager of Gangnam’s city location, had waived the first few months’ rent and contributed towards the fit-out costs in exchange for a six-year lease, Mr Loh said.

“The market can work both ways, though. You might not make as many sales, but on the other hand we’re getting better rates for rent,” he said.

Mr Loh said centre managers were being very selective in who they offered deals to, because they could not afford to pick a restaurant that did not succeed.

“Lease Equity and Hawaiian are still very cautious with their tenants, especially in the food area so they are looking for restaurants with a profile,” he said.