This too shall pass…

Managing Editor of Bulls N Bears, Matt Birney, writes that history can provide guidance when it comes to just how long it takes the ASX to recover from global health related pandemics. From peak to trough and peak again, the ASX is remarkably consistent after a pandemic and the numbers will shock you. So just what does this mean for this Coronavirus inspired market crash? 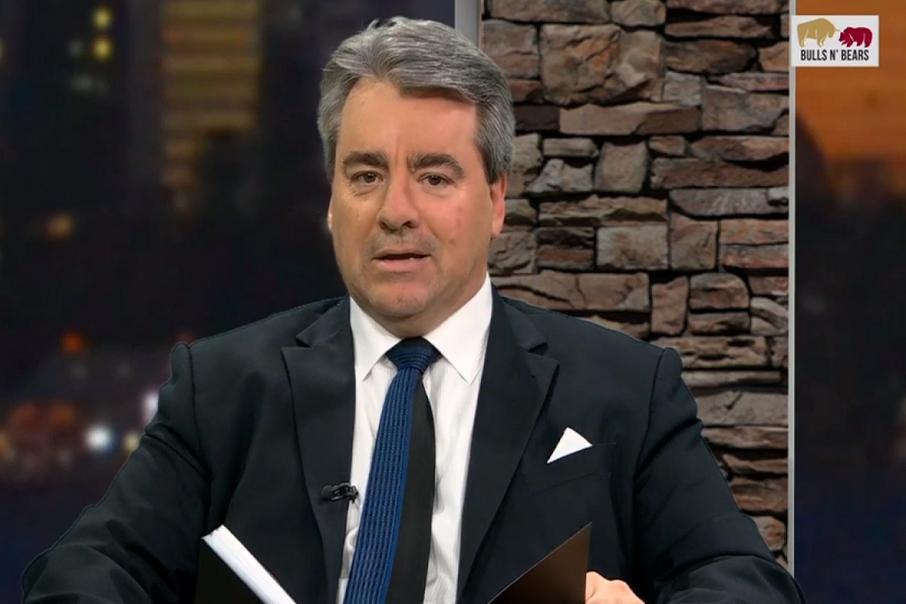 Managing Editor of Bulls N Bears, Matt Birney, shares Bulls N Bears’ research about how long it normally takes the ASX to recover after a health pandemic related market crash. The numbers will surprise even the most ardent of pessimists.

This too shall pass….

Are they just soothing words in current times referencing the cyclical nature of markets and history, or merely a wishful sentiment echoing failed portents past now meaningless in a new age of raging fear and financial gloom?

Uber-successful investor Warren Buffet puts it well when he says:“We’ve mourned the loss of hundreds of thousands of lives though wars, violence and disease. We’ve witnessed whole industries wither and eventually collapse or suddenly implode. Through it all, the financial markets have always recovered. It might have taken months or recovery may have required years, but it did happen.”

There are at least three certainties in life; death, taxes and market rebounds and with respect to the latter (and also the former come to think about it) it is all about timing.

Pre-Corona, global markets were exceptionally robust and the Dow Jones in particular, was trading at an all time high only in February this year. With so many formally revered companies trading at prices that would make a speculator froth at the mouth, it is only a matter of time before the punters and fund managers alike start to drag global indexes skyward – but when ? – that is the question.

The answer to that question will elude many and enrich others that get it right.

But it will take time – In classic Buffet style, the wily investor once said “You can’t make a baby in a month, by getting nine women pregnant.”

Some consider picking market highs and lows to be an art and some consider it to be a science but casting art and science to one side for a moment, others, perhaps wisely, like to take their lead from the annals of history.

Throughout the ages, history has proven the cyclical nature of markets with unending repetition.

The US banking crisis in the 1790s, the depressions of the 1870’s and 1930’s, the oil price shocks of the 1970’s, the 1987 stock market crash and the Global Financial Crisis of 2008, were all extremes in the history of markets. In almost every case when the dust settled, markets rebounded – and in some cases it didn’t take all that long.

Notably the one difference about these crises when compared to current times is the common element that they were all financial crises at heart. Certainly, we are facing a financial crisis today, however, the current financial conditions are more the effect than the cause, with health at the core of today’s financial crises.

So lets see if there are any pearls of confidence that can be gleaned from previous health related market falls.

Consider the following: Bird Flu, as measured from March 2013, drove the Australian market down 9 per cent to a trough in June that year before recovering all loses by September 2013 – just 6 months after it started and only three months after the market low. The Zika virus tanked the market by nearly 10 per cent from October 2015 to February 2016. Once again, the recovery back took just three months with the ASX200 regaining all of its losses by May 2016.

Further back, SARs took an 8.5 per cent bite from the ASX in 3 months which then took another 4 months to recover. Worse still was Swine flu in 2009, which, combined with the destructive forces of the tail end of the GFC, managed to drive the Australian market down by nearly 16 per cent from peak-to-trough in just one month between January and February 2009. By April that year however – just 2 months later- the market had regained all of its event-driven losses – A stunning 3 month reversal of fortunes from inception to recovery and only 2 months from the trough to full recovery.

Interestingly Bird Flu actually hit twice with a second wave ripping almost 6 per cent out of the ASX again between November and December 2013 – and the time to recovery for the second wave from the trough ? Three and a half months.

To be clear, what is now casting a pall over financial markets now is unprecedented, but history is still the best guide when it comes to making decisions on these matters.

COVID-19 struck when markets were running up all-time highs and credit was in easy supply. Since the market highs of early February this year, equity markets across the globe have experienced the sharpest bear correction in the history of exchange-traded securities, courtesy of Coronavirus. It could be argued the crash of 1987 was sharper, as equity markets lost 25 per cent in a day but history-making rallies were recorded in the subsequent days. True, the full recovery took almost 2 years on that occasion, but markets subsequently launched into the heady investment days of the 1990s when US stocks for example, more than tripled in value. The Dow vaulted from just above 5000 in January 1990 to a December 1999 peak above 17,000.

Warren Buffett says that we, as humans, are social beings evolved to follow each other and to conform. Furthermore, the urge to follow the crowd creates volatility because panic and fear are contagious - much like the current virus. As panic spreads, so does uncertainty and the madness of the mob takes reign. Buffett called it Groupthink, or herd mentality and when this pervades it’s time to swim against the tide he says. The road less travelled, as Robert Frost would say.

Buffett has been very clear to say that COVID-19 is a big deal. It is serious – deadly serious – and his firm has taken extreme measures to cope. Anyone not experiencing stress or anxiety is simply being irrational.

But Buffett added his view that while history does not necessarily repeat itself, there are always trends to highlight how people have dealt with and triumphed over all manner of crises.

He said; “If you look at events that investors responded to with fear over the last 100 years, you will see similar spikes to what we see now during the 1918 Spanish flu outbreak, the Oct 29 1929 stock market crash and Great Depression, the second World War, and the conflicts that followed in Korea and Vietnam.”

According to Buffet, even if recovery is not imminent it is at least inevitable, but it does take time.

Every time we see a market crash, the doomsdayers tell us that this one is unlike any crash before – thay say it is deeper and more severe than we have ever seen before and we may never recover – but we always do.

Curiously though, it could easily be said that this Coronavirus inspired crash is most certainly deeper and more severe than we have ever seen before so does this new league of crash mean that we will never fully recover and does it make a mockery of the historic 2 to 3 months to recovery that we have seen in previous health related crashes ?

Can we look to the fact that there were no underlying financial issues hanging around before this crash to bask in some level of manufactured comfort ?

When the Governments of the world get a handle on the spread of Coronavirus - or better still – find a cure for it, can we safely predict that markets will come roaring back ?

On that note, there are a number of poorly publicised trials out there of a little known and readily available anti-Malaria drug known as “Hydroxychloriquine” that have produced some stunning reversals of Coronavirus – some, like the 40 person trial in the South of France, produced a 100% success rate.

Whilst the main stream media are loathe to give these small sample trials too much air-time right now, a very large trial in New York has recently kicked off and the results of that trial could put a fire under markets like we have never seen before.

If the small sample trials are anything to go by the answer could well be yes – and just remember you read it here first – Hydroxychloriquine could be the saviour of our world as we know it, but that is news for another day.

There have been 37 equity market declines of more than 10 per cent since 1950. The average of peak to trough decline lasted 3.5 months and every decline was completely erased by subsequent bull market rallies.

There are some general rules – some say clichés – that the majority of professional market traders have always considered carefully. Manage your risk, don’t average down, trade tight stop-losses and ride the trend remembering always the trend is your friend – that is until the bend.

Considering current market gyrations these principles clearly still hold true. Not trying to pick bottoms is another rule – but perhaps best left to one side for now.

The question of whether to sell now or wait on the expectation that markets will rise from the ashes again, just like they did in all of history, is best left to your professional advisers, but in considering this question we can again look to Buffet for some inspiration.

The greater question now is, are you fearful, greedy or just plain over it ?