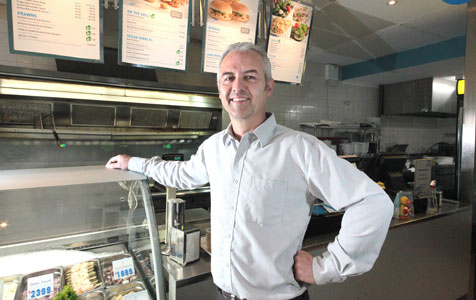 Perth take-away business Sweetlips is expanding into Scarborough as demand for iconic fish and chips lives on.

They initially expanded in 2006, opening a second store in Fremantle. Both stores had previously been fish shops and the lease on the Leederville store even stipulates it can never be anything else.

Following that pattern, the third store, due to open on Brighton Road in Scarborough in the next two months, has been home to Brighton Road Fish and Chips for almost 25 years.

The previous tenants have moved their shop to Innaloo, clearing the way for the Sweetlips business to fill the void.

The location of the new store provides Sweetlips with a “nice triangle” in terms of geographical location, Mr Waldock told Business News.

The move will also diversify its customer base, given the location, which is more suburban than either of the two other stores.

Mr Waldock said the suburban influence had the potential to boost Sweetlips’ income from retail sales of fresh (uncooked) fillets.

“It’s kind of a different demographic for us in a sense, so it gives us another avenue to explore,” he said.

“Fremantle is very small on the fresh fish retailing side, with it being more of a tourist day-trip destination, and in Leederville we have Kailis just down the road, but it will be fairly convenient for people in Scarborough.”

The Scarborough store will be managed by the Leederville store’s current assistant manager, which Mr Waldock said would enable replication of consistent products and quality.

He anticipated the opening of the third store, and hiring of about 15 additional staff, to be an easier process than the expansion from one to two stores as the business knew what to expect.

Trade though the Leederville store has been relatively stable over the past 12 months, with revenue through the Fremantle store growing slightly.

Mr Waldock said that was evidence people still valued a quality serving of fish and chips, especially if it was locally sourced and produced.

“A lot of fish shops still don’t offer fresh local product … people want to know they’re supporting the local industry and WA products are as good as any in the world,” he said.

Mr Waldock said that had been well received by customers.

He conceded a ramification of offering local product was slightly higher prices, but that was not an issue for customers wanting quality, premium products.

“Seafood and fish and chips are fairly iconic in Australia and other parts of the world, so it’s got a fairly strong branding in that sense,” Mr Waldock said.

“You go to a restaurant and you might buy a pink snapper and it’s going to be maybe $30 to $35. Here you can still get a premium WA product as a meal for under $20.”

After almost 18 years in operation, Mr Waldock said the Sweetlips business was in a position to consider significant expansion beyond the opening of the third Scarborough store.

“[But] there’s probably a limit to how fast a business can expand under an owner-operator model,” Mr Waldock said.

Consequently, franchising the business was becoming a more attractive model for growth.

“Our intention – provided we keep our model right and keep finding good locations while adding to the profitability of the company – is to expand that out,” Mr Waldock said.

“In years gone by we’ve had people asking us if there was a franchise opportunity, but we weren’t ready for that side of things at that point.

‘We’re getting to the point now where we might sit down and talk seriously about those sorts of opportunities.”