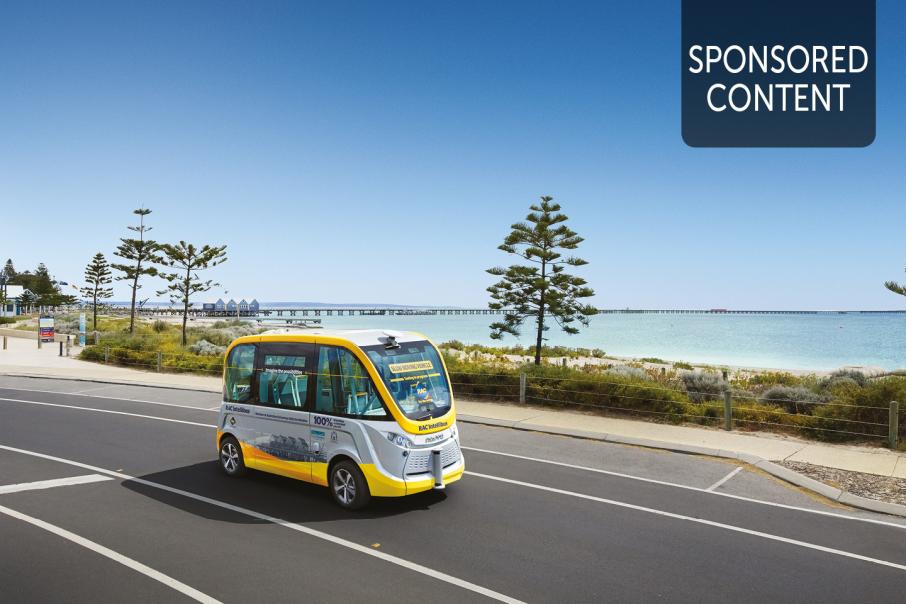 The RAC Intellibus Trial has been operating in South Perth since 2016 and has seen more than 12,000 people take part.

By 2030, more than 50 per cent of revenue generated by the mobility industry is likely to be disrupted. That’s according to a report by McKinsey and Co which also predicts that within the next few years, our vehicles will become fully connected “virtual chauffeurs”, able to anticipate and deliver on riders’ needs in real-time.

And with an estimated 75 per cent of the infrastructure needed in 2050 not existing today, we have not faced such a dramatic step change since the invention and mass adoption of the motor vehicle.

It’s not just technological disruption though. The nature of how we travel is also evolving. Given the way we live, work and consume is so deeply connected to how we get around, the very fabric of our society faces one of the biggest changes of the past century.

Personal car ownership, while still a dominating factor, is starting to decline as consumers begin to look toward more contemporary solutions. Ride-sharing, car and bike sharing, park sharing, and car-pooling are all challengers to the traditional notion of ‘owning’ your vehicle. Future generations are also bringing a new perspective, which is evident in a German survey which found that 75 per cent of 18-24 year-olds would rather live without a vehicle than without their smartphone. It would seem an hour spent in traffic is an hour they are away from their social network.

Disruption, in all sectors, is already pervasive. The key is no longer simply acknowledging it exists (that’s clearly accepted). Rather, we need to be prepared to take hold of the opportunities and overcome the hurdles. Disruption will demand reform; in how we fund, build, power and ultimately use our transport system. Regulators must become more agile in responding to rapidly changing landscapes. In doing so they can ensure Australia remains globally competitive and that the benefits of the mobility revolution are delivered without delay.

While it might be hard to visualise precisely what disruption will bring, the benefits of this looming transport transformation — a safer, cleaner, and more connected community — are well worth embracing.