Getting the best value out of social media can challenge many wedded to the ‘old way’ of doing business. 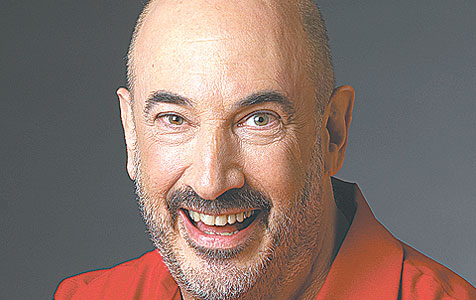 For me, it’s value, information others can use, followers, reputation, image, re-tweets, customers, referrals, sales, and money. Is that enough?

Twitter has the power to generate awareness, create value attraction, keep you or your brand at top-of-mind status, and build relationships. Is that enough to get you to participate?

I want to share some advice about twitter: I am not passing myself off as an expert, and there is nothing to buy, and no free ‘webinar’ to attend. These are just my observations and successes based on the past four years of my participation.

Here are 3.5 things I recommend you do in order to really benefit from Twitter.

1. Have an objective and a strategy. Twitter is intended for you to inform with value, influence, brand, and (on occasion) to converse or respond, not chit-chat. The value of your tweets will determine who stays with you and re-tweets you. When I see someone with 14,500 tweets and 285 followers, two words come to mind – no value. I often use the direct message feature to respond, rather than an open tweet, that’s meaningless to everyone else.

2. Create a list of value-based tweets and subjects you intend to tweet about. Be prepared at least a week in advance. Keep a Twitter file that documents ideas and possible tweets. I tweet quotes from my books, and thoughts that come to me during the day (or night). You can also re-tweet others if you believe it helps your followers.

Note: I try to leave at least 10 characters open, so that others can easily re-tweet me.

Note: If you re-tweet me or favour me, I’ll follow you as a courtesy.

3. Approach followers of strategic value. You have an email list. Invite each person to follow you personally. In an email, tell each person about your twitter participation, list a few of your tweets, and ask them to follow you by clicking a link and the ‘follow’ button. If you have 1,000 people on your list, and 250 follow you, it’s a great start. Continue to send your tweets out weekly to the rest of the list, and re-ask them to follow you. This will take time, but the earning potential exceeds the stupid TV show you’re watching.

3.5 Be consistent. Tweet every day, at least once a day.

Don’t direct message me saying ‘Thanks for the follow’. It’s an annoying waste of my time and yours. Instead, how about sending me the same kind of message I sent you – one of value. A message to make me think, make me smile, or make me money.

Don’t re-tweet the news. You are not the source. Originality counts, especially if it’s valuable or thought provoking to your customers.

• you re-tweet others more than 50 per cent of the time.

• you fail to tweet your own thoughts per cent

• you’re only trying to get people to ‘go here’ to ‘read this’ and ‘see my blog post” or ‘watch this video’; or

• your tweet-to-follower ratio is out of proportion. You should have a maximum of one tweet for every 10 followers. 100 tweets = 1,000 followers. The lower the ratio, the better.

Here are the majors

Major clue: Being re-tweeted is the key. My goal is 100 re-tweets a day.

Major opportunity: Photo and video is becoming commonplace. Do not abuse it. Show value, not your backyard barbecue.

Major faux pas: Your links had better work – especially if they’re to your website, your blog, or other social media like LinkedIn.

Major blunder: Please don’t offer advice for sale, or call yourself an expert, if you don’t have at least 50,000 followers.

I am amazed at how few sales professionals and sales leaders are not taking advantage of Twitter. It’s a resource, it’s a broadcast medium, it’s a vital recognition tool, it’s a reputation builder, and it’s free.

Tweet that. I just did. At 7:30am. In less than two hours I had nine new followers, and 43 re-tweets or favourites that reached (influenced) more than than 75,000 people. For free.

What a list of my most powerful tweets? Go to www.gitomer.com, register if you’re a first-time visitor and enter the word TWITTER in the GitBit box.