The Grocer … retailer no more

Patrons of The Grocer will have to change their shopping habits next year if they want to enjoy the Claremont purveyor’s range of Australian chorizo, French and Belgian chocolate, and Spanish jamon, among other specialty items. 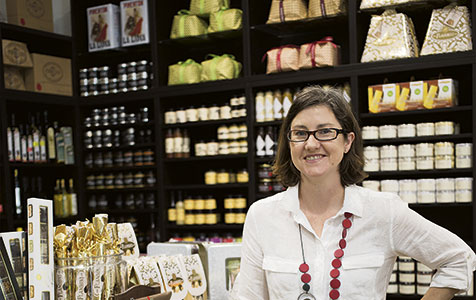 Patrons of The Grocer will have to change their shopping habits next year if they want to enjoy the Claremont purveyor’s range of Australian chorizo, French and Belgian chocolate, and Spanish jamon, among other specialty items.

After Christmas, owner Louise Miller will close the shopfront and focus on the Grocer’s trade customers, who are responsible for 99 per cent of the business’s turnover.

And while the one-percenters may be disappointed, Mrs Miller has been quick to remind her valued walk-ins that The Grocer’s products will still be available from more than 200 retailers across Western Australia.

It was a bittersweet decision for Mrs Miller, who first visited The Grocer more than a decade ago; her interest having been piqued by the products’ simple packaging on display at another retailer.

“I saw this address for The Grocer (in Nedlands) so I drove up to the shop and went in and I was with my mum and I said ‘Mum, this is the kind of place I want to work at’,” Mrs Miller told Gusto.

So she did, working there for about a year before she and her husband, Andy, bought the business’s 25 square metre shop and 200sqm warehouse from previous owners Phillipa and Graham Baws in 1994.

The Millers later moved The Grocer to its current 50sqm premises in Brown Street in Claremont.

Almost a decade later, however, the Millers have again found themselves short on space. When their current lease runs out in 18 months they plan to move to an even larger warehouse, hopefully with 800sqm of space, and have decided to close the shop to make more room in the interim.

“People would come into the shop from as far away as Mandurah and we’d let them know we sell to (retailers) in Mandurah, so we’ve just been slowly educating people.”

She says while she will miss the interpersonal nature of the retail side of the business, she is keen to increase The Grocer’s core business of trade.

“I really enjoy talking to people who use the ingredients. I’ve learned so much from people who’ve I got recipes (from), I’ve been given cookbooks, I’ve been directed to classes that I didn’t know about, websites. I find it fascinating,” Mrs Miller says.

“I love talking about food. So to me the shop is part of our identity so I’m a bit sad that it’s not going to be there anymore.

“I don’t think it will change (the business) because we’ve got such a good relationship with our trade customers that we’ve been working with for 10 years. Chefs who order products from us often come down and have a chat. We’re not talking to the final consumer but we’re talking to the people who are using the products, so we still have lots of feedback.