The Extreme Value of Intellectual Property 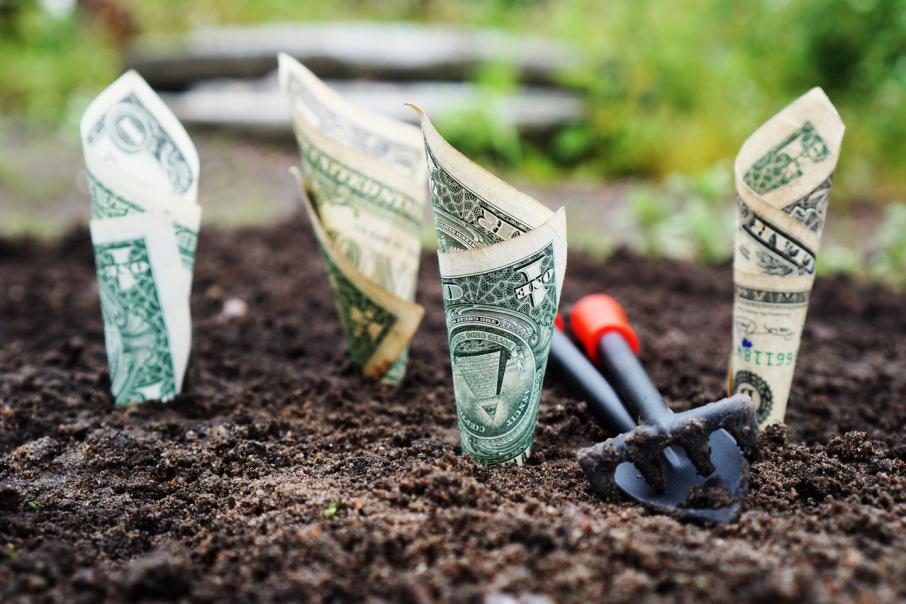 I start my public presentations on Intellectual Property (IP) with the statement: “IP is never an issue, until it’s an issue”. I usually wait for the yawns to subside before moving on to my next, rather less presumptuous, slide as I realise most of the attendees would probably not see the relevance of that statement at the time. Until, invariably, I’d start getting phone calls a few weeks or months later saying: “We’ve got an issue”.

The problem with IP - those creations of the mind that drive your business - is that once it’s become an issue, it’s usually too late. Taking the wrong steps at the right time, or the right steps in the wrong sequence, usually leads to catastrophic IP failure. Simply being too slow off the mark may mean that a competitor can keep you out of your intended market for up to 20 years or lead to the loss of great ideas because they weren’t captured properly. Just ask Research in Motion, the makers of Blackberry handsets - they were brought to their knees in a US$600 million court case brought by a small startup wielding nothing but a handful of patents.

And because IP damage is oftentimes irreversible, it leads to the most valuable part of your company, your proprietary new ideas, being lost irretrievably. Now, if that sounds like I’m being a massive drama queen, it’s because (a) I’m a massive drama queen (true story), and (b) my patent attorney colleagues and I have seen way too much evidence to the contrary to convince me otherwise. In this column over the next few months I hope to show businesses, whether they be startups, spinouts, or innovation groups in multinationals, that IP can be the most valuable part of any organisation and helps to bulletproof literally any organisation, even non-profits. More compellingly and somewhat counter-intuitively, IP can be used in the most powerful way to grow a business - by allowing open collaboration with others. More about that in a later column.

So, what exactly is IP? Well, IP is a somewhat nebulous umbrella term which encompasses just about all protectable creations of the human mind. Over the past 600 years or so it has, rather artificially, been split by lawyers and law-makers into a few categories: Patents (for original technical inventions), trade marks (for original brands, names & logos), design registrations (for original industrial designs), and copyright (for original artistic, literary or musical creations). There is also, of course, the somewhat sinister step-uncle that sits in the corner with the tiny Santa hat and off-colour jokes, called trade secrets.

But more than just ideas in someone’s head or on the back of a serviette - where, if left untapped, they’re effectively useless - IP represents a massive opportunity for businesses that go to the trouble of educating themselves on how to capture, protect, and wield it effectively. And it’s not some pie in the sky, ephemeral, woo-woo stuff either: on a macro-scale, the US government conducted a study in 2012 which found that IP underpins every single sector of the US economy and directly contributes nearly one-third of the US economy - more than $5 trillion in value.

Zooming in a bit, recent research by the Ocean Tomo group has found that intangible assets make up more than 80% of the market cap of the S&P 500. In other words, only 20% of the value of those companies can be attributed to physical things one can see, feel and touch. This makes one wonder why MBA courses spend 1 to 2 years focusing on the 20% side of things, while only spending a muffin-laden half morning session dedicated to the true 80% power-lever in 21st century businesses.

At the micro level, studies have shown that startups with a patent portfolio get nearly 75% more funding than other startups in their field, halve their chances of going bankrupt, and quadruple their chances of listing on the stock exchange. Pretty intense, right? In your startup, IP will usually make up close to 100% of the value of your fledgling business, because you have no other assets, yet it usually doesn’t command 50%, or even 5% of the typical startup founder’s attention. This truly must change if Australian companies hope to make it on the world stage, given that their American and European counterparts take IP much, much more seriously.

Let’s take a look at the immense value and power of IP in some of the most powerful companies in the world, which we can hopefully translate over the next few months into actionable steps that startups and innovation groups can follow to improve their chances of success.

In June 2011 Nortel Networks, one of the juggernauts of the global communications industry, was sinking rapidly. At its peak in the 1990s, the lumbering Canadian giant had been worth $250 billion and had more than 90,000 employees. But Nortel had taken a kick in the guts during the credit crunch, lost customers and deals, had its managers indicted for fraud, and was still struggling to get back in shape after the economic downturn in 2001. This was made worse by the global financial crisis of 2008 and Nortel went into Chapter 11 bankruptcy protection on 14 January 2009. By June 2011, liquidators had sold off every asset that Nortel had ever amassed. After every building, vehicle, workstation, chair, water cooler, and maple-leafed coffee cup had been sold off, Nortel was left with a paltry $2.3 billion dollars. Disappointing. It was certainly less than Nortel’s creditors would have hoped for. It seemed that there was no way forward.

But there was one more asset that Nortel had amassed over the years, and which was to prove to be the most valuable asset it had: intellectual property, mainly in the form of its patent portfolio, built up over years of capturing their R&D output. And it was here that the Nortel liquidators had a stroke of genius: instead of putting a price on its patents, which would allow others to have a gander at and pick out the good bits, they decided to have an auction. A private patent auction.

Google was the first to respond. After obtaining anti-trust clearance, Larry Page and Co. put in a bid of $900 million. Yep, that’s right – nine hundred million big ones for about 6,000 patents. And that was just the start. In the other corner, Microsoft quickly teamed up with Apple Corp, Blackberry-maker Research in Motion, Sony, and a few others in a consortium called ‘Rockstar’. That consortium put forward successive bids in competition with Google, eventually reaching a bid of $4.5 billion, or about $750,000 per patent. Not bad, considering that they had probably cost a fraction of that each to obtain. And especially given that many of them were a long way down their respective 20-year patent lifetimes. (Side note: Google had started taking the mickey out of the process by increasing bids to famous numbers, the most obvious being the “Pi” $3.141592 billion bid…)

I digress. Basically, Nortel’s creditors had created value to the tune of $4.5 billion that simply wouldn’t have been there if the company hadn’t registered its creations as intellectual property rights in the form of patents. They had merely captured their R&D output in the form of patent documents, yet it created billions of dollars of value in what was, essentially, a fire sale.

But the process didn’t stop there. Google was worried, knowing they had hardly any patents of their own in the field of mobile telephony and communications. Here’s what Google knew: if you sit at a negotiation table and you can’t gain access on reasonable grounds to a key piece of technology patented by your adversary, then your only hope is that you have a similar arsenal of patents that you can use to strong-arm the other party into a cross-licensing situation. This means that they give you access to their technology and promise not to sue you, if you provide them with access to your patented technology and in turn promise not to sue them. If you're a big player and you come to the table with no patents, chances are the deal won’t go your way. At all. And then you’re stuck, because you’re precluded from doing what you have to do to make your product work, blocked by your competitor’s patents. I’ve seen whole development groups being kept on ice for years just because of a competitor’s single pending patent. And the licensing fees demanded by your competitor for their patented technology might be just too high to allow you to bring your product to market at a competitive price.

Hence the growth of a new type of arms race: the intellectual property arms race. So what did Google do?

It took a deep breath, looked at all the other available options, and made an audacious bid for some of the telephony patents held by Motorola Mobility. Google offered Motorola $12,500,000,000. For seventeen thousand or so patents. An old-school, Cold War arms race might actually have been cheaper.

What I’m trying to say is this: intellectual property is valuable, REALLY valuable, provided it’s captured, leveraged, and monetised in the right way. And the opportunity is this: if Australian entrepreneurs and entrepreneurs can learn how to pull the 80% (intangibles) value lever by protecting and leveraging their IP, as opposed to only focusing on the 20% (tangibles) lever that contemporary management theorems have focused on, then they’ve got the best possible chance of levelling the playing field compared to their international competitors.

For this reason, I want to use this column over the next few months to start introducing a concept I call the ‘IP-centric startup’ – an enterprise in which IP is used for ideation, protection, collaboration, ethics, and monetisation, right from Day Zero. All while side-stepping the nastiness of infringement actions because you didn’t do your homework when it came to mapping out the IP landscape in your neck of the woods.

More of that in another column. After all, IP is never an issue until it’s an issue.