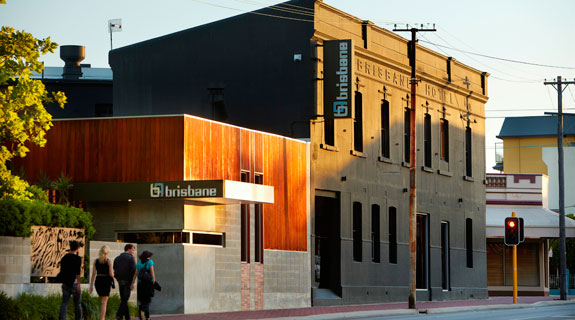 The hotel sits on a 1,176 square metre site located just one kilometre from the CBD, with a large portion of the land being used as a carpark, giving it significant development potential.

Mr McGinnity said the status of the venue as one of Perth’s most popular pubs, as well as the real estate itself, would prove popular with investors.

“With a long-term lease until 2068 (including options), this freehold property is supported by one of Perth’s, if not Australia’s, best venue operators, presenting an outstanding investment opportunity,” he said.

Mr Hayward took over the operation of the hotel in 2003, refurbishing it into a contemporary establishment.

The Brisbane is one of three venues being sold by Lantern Hotels, which has described the assets as being non-core to its continuing operations.

The other venues are The Alberts, in Palmerston North, New Zealand, and The Dolphin, in Sydney’s Surry Hills.

Both The Brisbane and The Alberts are owned but not operated by Lantern, while The Dolphin is both owned and operated by the group.

Lantern chief executive John Osborn said the decision to sell the hotels was consistent with the company’s strategic direction.

“The divestment of the owned but not operated hotels will ensure that Lantern management are focused on improving the performance of Lantern’s core owned and operated hotels,” he said.