BlackEarth Minerals’ encouraging preliminary test work results have revealed that nearly half of the ore concentrate for its Maniry graphite project reports to the Super Jumbo, Jumbo and Large flake categories at high grades of 96% TGC. The results will now be used in offtake discussions and potential agreements and help broaden funding initiatives and product development for the project. 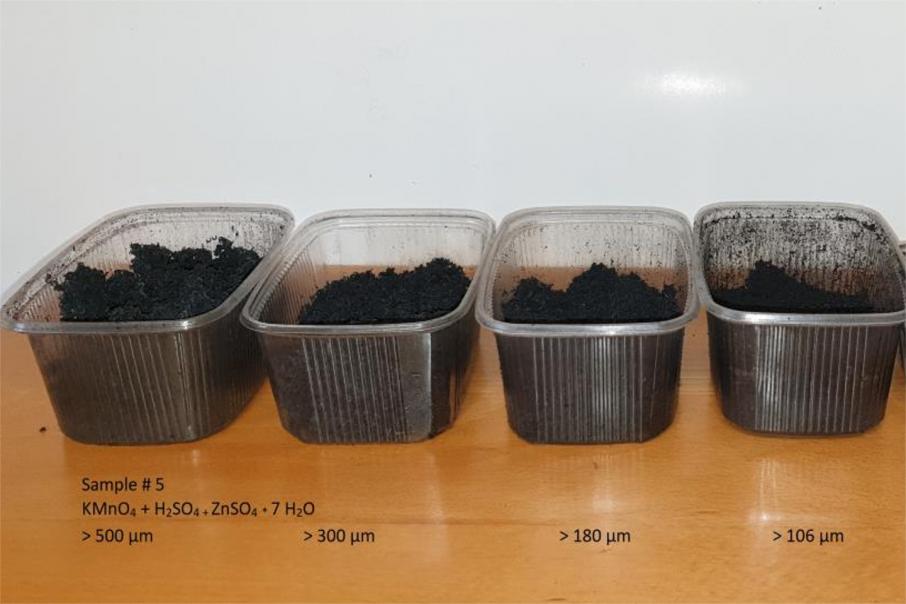 The test work undertaken by German graphite specialist, NGS Trading and Consulting, or “NGS”, showed that the ore materials were ideal for the production of graphite foils and other related products.

Graphite foil offers both thermal and electrical conductivity and the low thermal resistance, which means that the foils can be utilised in high power applications where maximum heat transfer is essential.

In addition, fuel cell and flow battery manufacturing companies are also finding uses for graphite foils as suitable separation layers in their products.

NGS also added that BlackEarth’s ores show positive indications for simple purification that may yield even higher expansion volumes than those already generated.

The work to date has outlined that about 50% of the ore concentrates’ mass reports to the desirable Super Jumbo, Jumbo and Large graphite flake categories, with grades sitting around 96% total graphitic carbon, or “TGC”.

The results will now be used as part of the company’s offtake discussions and potential agreements and help broaden funding initiatives and product development for the Maniry project.

BlackEarth Managing Director Tom Revy said: “The initial expandable test work results are extremely pleasing and potentially add a further high-value market for Maniry’s concentrate. We have already initiated further and more detailed battery and expandability test work, which is currently being undertaken in Germany by Dorfner ANZAPLAN, which will be complete in several months.”

“The Board believes that product diversity is paramount to reducing future development and operational risk”.

According to the company, China is forecast to require a total of 40 million tonnes per annum of fire-retardant building materials and 5% of this product is made up of graphite, which equates to 2 million tonnes of high-quality graphite per year consumed by the Chinese construction industry alone.

NGS’ report on concentrate from the Maniry graphite project demonstrates its suitability for the production of the fire-retardant expandable graphite.

In addition, the company’s recent appointment of AustMin as its strategic graphite offtake advisor, now strongly positions BlackEarth to become a leading global supplier of graphite, according to management.

In January, BlackEarth rolled out a positive scoping study for Maniry that showed an initial 10-year mine life, with a pre-tax NPV of USD$103m and IRR of 42% and payback in just under four years.

The proposed staged project would have a manageable CAPEX of USD$70m, ramping up from 30,000 tonnes of graphite production in the first three years, to double that for the remaining life of the project.

BlackEarth is also developing the impressive Ianapera graphite project to the north northeast, where recent surface trenching attests to the potential high-quality of that region too.

This week’s encouraging test work results from the Maniry graphite ore concentrate will further motivate BlackEarth’s efforts towards developing the project in this very prospective region of Africa.