Surface trench sampling has commenced at Terrain Minerals’ Wild Viper gold project near Leonora, WA, where rock chip sampling unearthed up to 4.67g/t gold in stockwork quartz veining in March. The company will complete four long trenches for 640m across the 382-shear prospect, which will assist in siting future drilling locations, over a prospective 2.5km long structure that has not been targeted by exploration in the past. 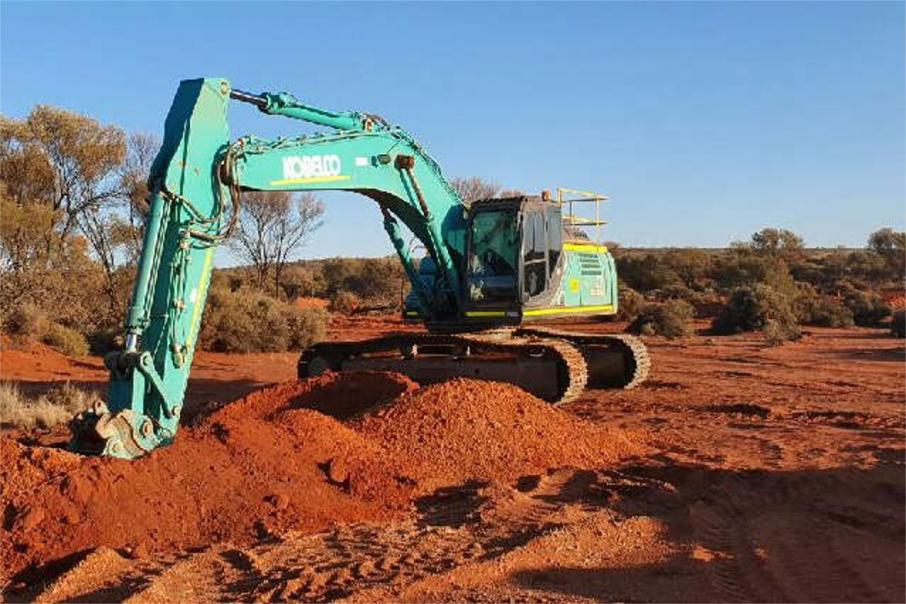 Small-cap gold explorer, Terrain Minerals, has kicked off a surface trenching program across the highly prospective 382-shear prospect within its Great Western project tenements near Leonora, WA, where it unearthed a rock chip going 4.67 grams per tonne gold in March.

Four trenches will be excavated at a right angle to the interpreted high-grade gold mineralisation hosted in the shear zone over a total length of about 640 metres within the Wild Viper prospect tenement.

Terrain previously outlined that the 382-shear is interpreted to strike over more than 2.5km, although the structure only outcrops over a short section before disappearing below the shallow cover and hence, has not been adequately targeted by modern exploration techniques.

The trenching program will give the company its first real look at the width and grades on the mapped shear zone, as it endeavours to assess and define its maiden drilling targets on the gold-bearing structure.

Great Western is fully enveloped by the Wild Viper exploration licence, which contains the 382-shear.

All composite samples averaged above the critical threshold of 95% recovery, pointing to a conventional milling and processing route for any future ore streams from the deposit and potentially nearby prospects like the 382-shear zone.

There are also several toll treating options for Terrain to ponder in the Leonora district if the project’s economics shape up.

To help build a critical mass of additional gold resources, the company outlined numerous exploration targets in the Wild Viper exploration tenement, including the 382-shear which lies less than 1km south of the Great Western workings.

Earlier this year, Terrain completed a short RC drilling campaign about 1km northeast of the mining lease that intersected a target structure it had defined there but returned no anomalous gold assays.

Subsequent detailed geological reviews of the project generated several structural trap sites for gold of similar dimensions to the Great Western resource, including the 382-shear zone.

The discovery of a high-grade gold, rock chip assay on the 382-shear provided the impetus for the current trenching program and it appears to be a prospective location for Terrain to continue investigating the potential of its tenement holdings in this area, given its substantial strike length and underexplored history.

Terrain is also planning to conduct further drilling on the existing Great Western gold resource, which it said is aimed at advancing the project to mine readiness, including geotechnical studies for future open pit wall designs.

The company previously outlined the potential to extend the current mineral resource at Great Western both down-plunge and along strike, with further definition drilling programs.