Terrain to kick off cobalt drill program at Red Mulga

Terrain Minerals is about to kick off its maiden drill program at the Red Mulga project, 100km east of Kalbari. The company believes that a large mafic-ultramafic geological complex may exist at the project, based on anomalous nickel, copper and chromium assays returned from surface sampling. Drilling will also target elevated gold, copper, silver and lead assays returned from extensive quartz veining. 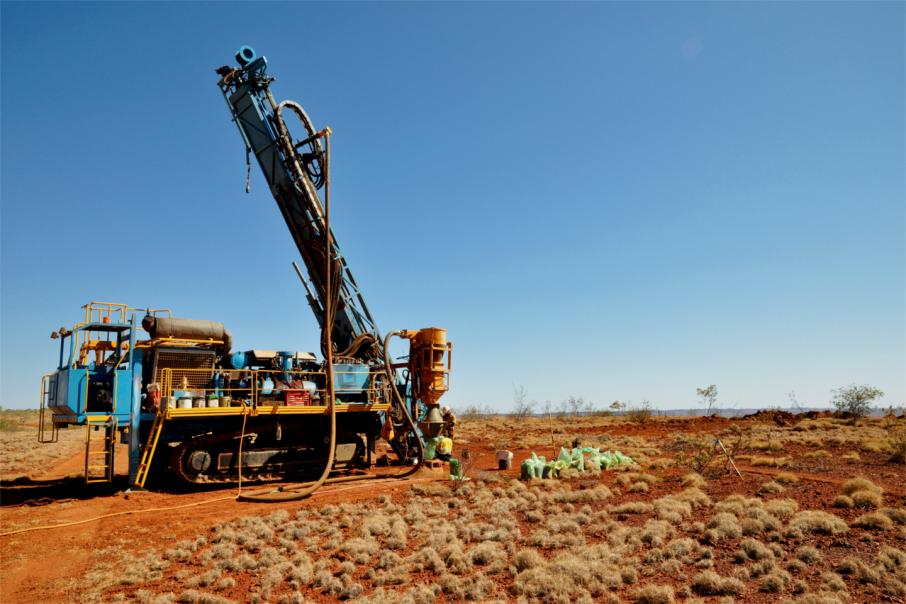 Terrain Minerals is about to kick off its maiden drill program on five exploratory targets at its Red Mulga project, about 100km east of the town of Kalbari in W.A.

The company has identified five targets for cobalt, nickel, chromium, copper and gold mineralisation from highly anomalous base metal and precious metal geochemical soil sample and rock chip samples at the property.

Terrain recently completed a placement of $577,000 and will now plough at least $180,000 of those funds  into exploration at Red Mulga by the end the current quarter.

The Stage 1 drill program incorporates 5 – 10 holes for 1,000 metres, with approvals in place for a Stage 2 campaign, subject to the initial drilling results and interpretation.

Strong cobalt, nickel and chromium results were returned from two targets over ultramafic rocks that Terrain believe may represent the weathered top portion of a much larger layered mafic-ultramafic complex in the area.

Drilling will also target a 2km long epithermal vein system at depth in the centre of the project area that returned elevated values of copper, lead, gold and silver.

Two other targets in the northern part of the lease show anomalous antimony, lithium and silver in further epithermal quartz veins.

The Red Mulga project was identified by Terrain from a high-level, open file review of geophysical data in a region of the prospective Yilgarn Craton that was largely under-explored. The review outlined a significant structural corridor and this was quickly pegged by Terrain.

The anomalous base metal results released to date, back up the company’s interpretation that a significant, blind, mafic-ultramafic complex may run right through the centre of its tenure at Red Mulga.

The separate identification of epithermal quartz veining with elevated copper, lead, silver, gold and antimony in the northern part of the project, indicates the potential for precious metal mineralisation to be identified within the company’s tenure.

The company also provided an update on its Great Western gold project recently, located 76km north of Leonora in the northern Goldfields region of W.A.

Terrain considers the Great Western project as an advanced, ready to mine opportunity, with gold mineralisation potentially still open down plunge and along strike.

Significant intersections have been drilled at depth, including 21m @ 5.21g/t gold at over 100m from surface.

Terrain is presently generating an ore reserve for the project, which will lead into open pit optimisation studies down the track.

An on-site gold processing design has been completed on the granted mining lease and will be weighed up against toll milling options nearby.

Saracen’s Thunderbox operation, Red 5’s Darlot operation and St Barbara’s Gwalia operation are all within a 110km radius of the Great Western deposit.

Terrain also announced recently that it is investigating options to monetise the asset by direct sale or JV arrangement with external parties.

Bulk metallurgical test work studies are now underway at Great Western, although preliminary results show that about 85% of the gold can be recovered by gravity methods.

The project remains a near term production asset for Terrain, which could potentially self-fund exploration at Red Mulga and elsewhere via early stage cashflows from Great Western.

It will be interesting to see what develops from Terrain’s exploration play at Red Mulga, given the area has had no work of any substance completed in the past.